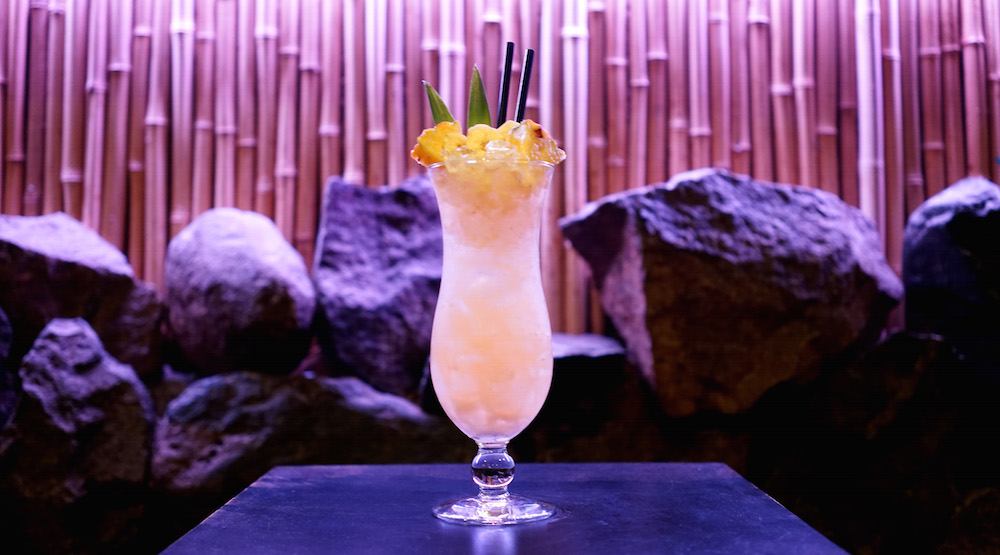 Plantain Colada at the Tiki Bar at The Waldorf (Fiona Samson)

In the mid-twentieth century, the cultural phenomenon that was the tiki bar exploded throughout North America. Thousands flocked to bars decked out like South Pacific hideaways, to be waited on by servers in Hawaiian shirts or hula skirts, while they sipped cocktails out of coconuts. 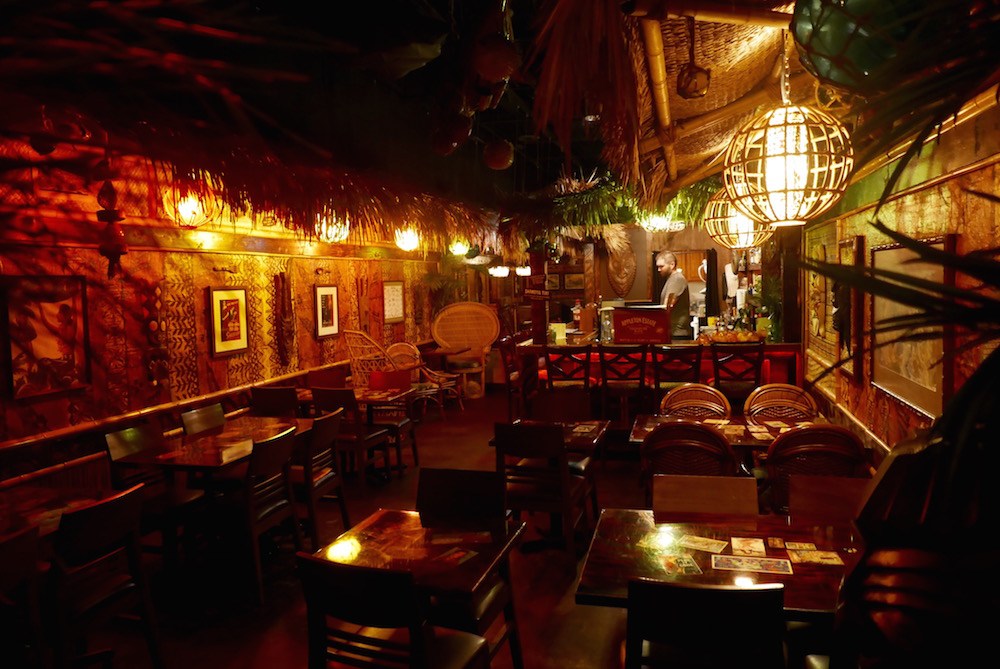 The cocktails invented during this era were some of the most famous and booziest ever made. Tiki pioneers like Victor Bergeron (aka Trader Vic) took rums, mixed them with more rum, then balanced the booze with tropical fruits and syrups — and in the process created classics like the Mai Tai, Zombie, and Hurricane. (Vancouver had a Trader Vic’s at the Bayshore Inn that closed in 1996.)

For a while in the 80s and 90s, these complex, well-balanced cocktails became overly sweet, slushy parodies of their former selves. But thanks to the modern cocktail renaissance, we’re starting to see these beauties in their original forms again.

You’ll start to notice one or two tiki cocktails pop up here and there on bar menus, but to get the full gamut right now, check out Vancouver’s two very own tiki bars. 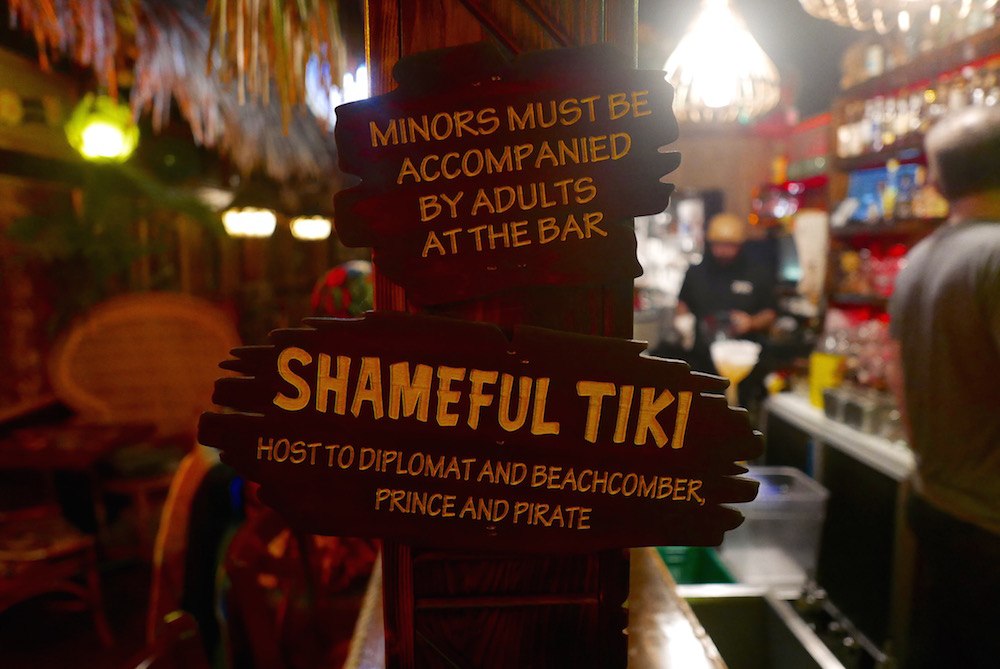 The Shameful Tiki Room on Main Street boasts the most extensive list of tiki cocktails in Vancouver. On the main menu you’ll see 23 rum-based, as well as 9 non rum-based tropical options — and if you ask the right questions, you can even see a “not-so-secret menu” boasting another 21 house-originals.

Anyone looking for authenticity can rest assured they’re getting the classics how they were meant to be made, as the management team — including award-winning bartender Shea Hogan – take great pride in hunting down the original recipes from decades ago.

Obvious legends like the Zombie and Blue Hawaiian adorn the list at Shameful, but those hoping to dig a little deeper into tikidom will find several legends of the culture, which many outsiders have never heard of. Topping the list of forgotten favourites is one of the founder of tiki, Don Beach’s, complex creations: the 12-ingredient Rum Barrel made of four kinds of citrus, two kinds of rum, Pernod, honey and “secret spices.”

Those who prefer other spirits have plenty of options too, as they can select from a long list of tropical-themed drinks that utilize out of genre-spirits. Whisky fans will gravitate towards cocktails like Shameful’s own Pilikia, which mixes bourbon and mezcal with pineapple and falernum (a common tiki syrup made from lime, ginger, allspice, and cloves). While those who prefer vodka can go for classics like the Chi Chi, or the mango flavoured Tropical Itch (which comes garnished with a back scratcher you can keep).

All drinks at Shameful are served over crushed ice, never blended, as blenders are still seen as the villains that took tiki down in the 80s.

The Tiki Bar at the Waldorf 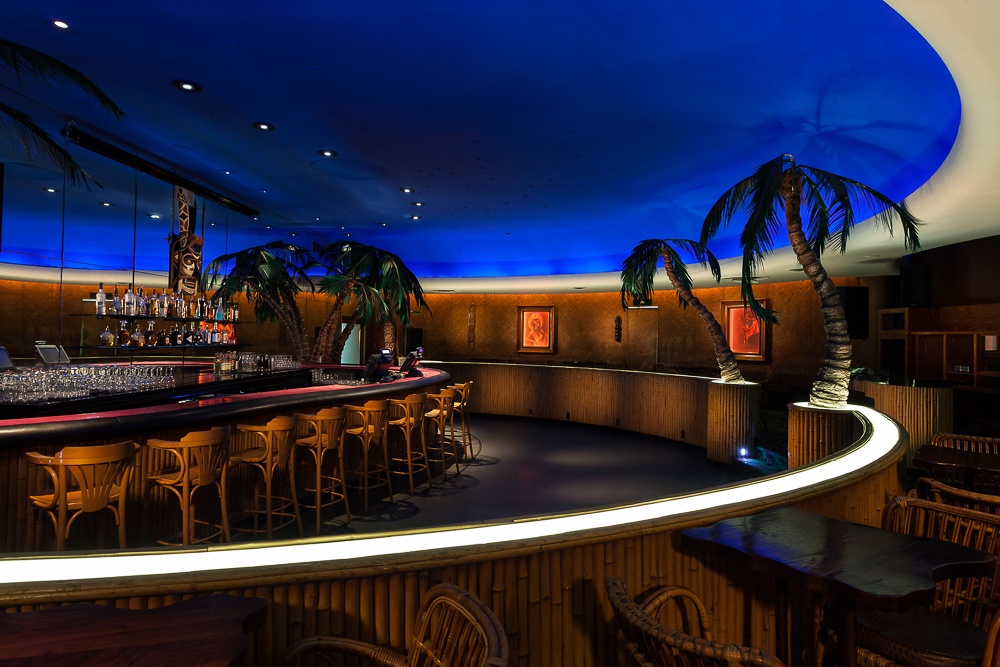 The Waldorf Hotel in East Van hosts one of the few remaining tiki bars from the initial boom in the 50s. For the last six decades, this kitschy little lounge has been a stalwart of the local bar scene, only closing for brief renovations — and once due to objections about its lewd paintings (which still hang today).

The spot may be old, but their short list of nine cocktails is decidedly more modern. 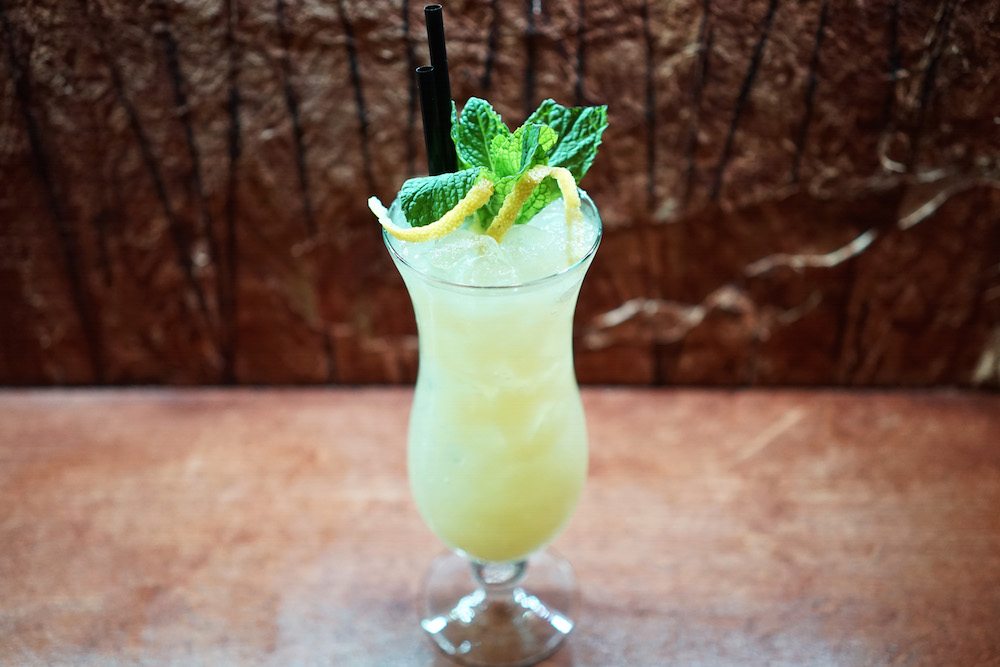 Classics seekers will find the Mai Tai, Zombie, and Daiquiri in fairly conventional form. But those looking for something more contemporary will prefer head bartender, Brien Steward’s, nouveau tiki options, like his Plantain Colada – a Pina Colada made light with coconut water subbed for the typical syrup; or his aromatic, gin-focused Fog Cutter (a twist on Trader Vic’s lighter Samoan Fog Cutter that mixed light rum, brandy, OJ and orgeat, with just a touch of gin).

Bolder options are available too, like the Bermuda’s Triangle: Steward’s riff on the Dark and Stormy, with added falernum, fresh ginger, and tiki bitters. And anyone looking for something ultra boozy can go off-menu and order a Thermo Nuclear Daiquiri, which mixes equal parts over-proof rum and Chartreuse, with falernum and lime.

And finally, for those who won’t be satisfied until they’re sipping rum out of a freshly hacked open coconut, it’s not printed on the menu, but you can order that too.

Henry Allan is a freelance journalist/copywriter based in Vancouver. Formerly a local bartender and bar-school instructor, he now writes about booze on his easy-to-make cocktails blog Craftable Cocktails. Twitter: @craftacocktails.