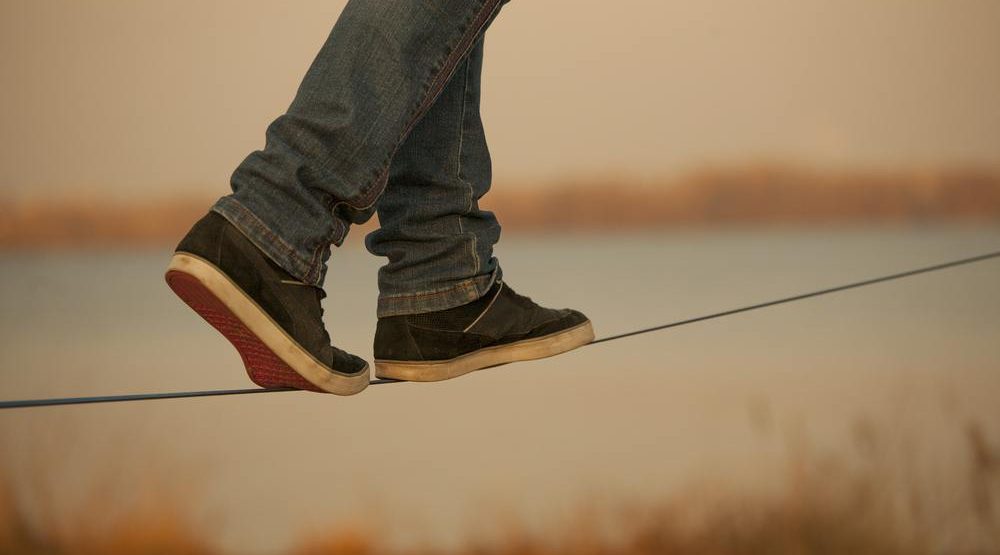 If you were walking past the Vancouver Art Gallery last night you might have caught a glimpse of a high wire stunt.

A man walked tightrope across the building’s exterior and the walk was captured on social media as amazed bystanders snapped away, watching as he walked on a high wire almost four storeys above the ground below.

The daredevil wasn’t an adrenaline seeking member of the public, or an over eager arts patron looking for some after hours access to the gallery’s latest exhibition however. A spokesperson for the Vancouver Art Gallery confirmed that the stunt was actually part of a film shoot for a production company called Lemoncello productions.

Earlier tonight I saw a league of super heroes on the roof of Canada Post and now there’s a tight-rope walker outside the VAG. This town is getting weird. #Vancouver

Of the many and varied pleasures of working really late… a fellowsuspended in front of the art gallery façade on tightrope.

Lemoncello Productions are currently in town shooting Escape From Mr. Lemoncello’s Library for Nickelodeon. The TV movie is an adaptation of the New York Times bestseller of the same name written by Chris Granstein, which features a group of children who get locked inside a state of the art library that turns out to be a live-action escape game.

The production is shooting in and around Vancouver until late October with stars including Breanna Yde (School of Rock), Casey Simpson (Nicky, Ricky, Dicky & Dawn), and Russell Roberts (The Twilight Saga: New Moon).