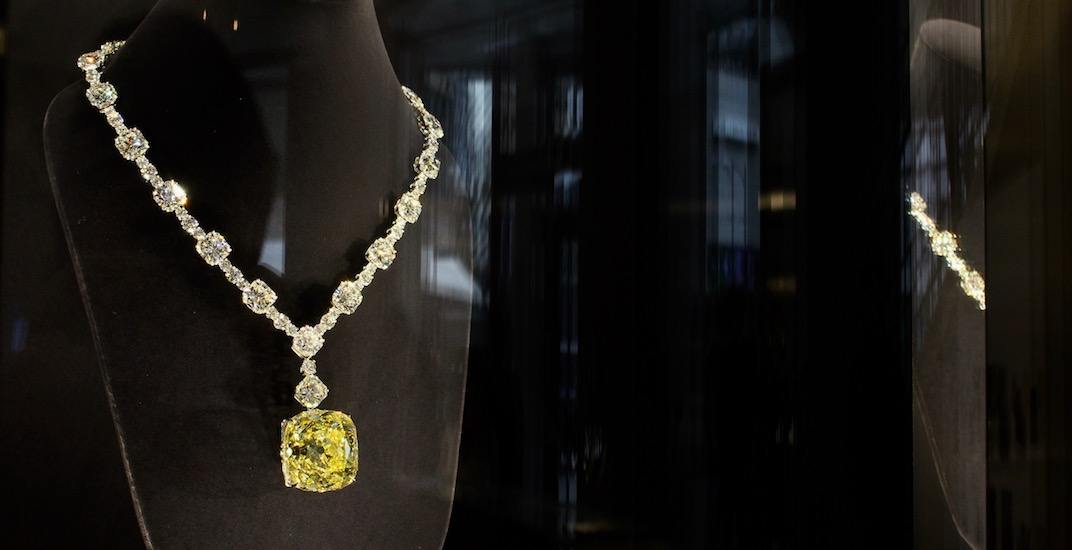 The Tiffany Diamond made its first ever Canadian appearance at Burrard Street’s Tiffany & Co. this Friday.

Set on a shining diamond necklace, the 128 carat, fancy yellow stone sits just inside Tiffany’s doors behind the glass of its portable display/vault.

On Friday, November 3, the store held a panel to discuss the rare stone, with Tiffany & Co.’s Chief Gemologist and Vice President Melvyn Kirtley explaining the importance of the diamond, its past, and his experience in holding it. 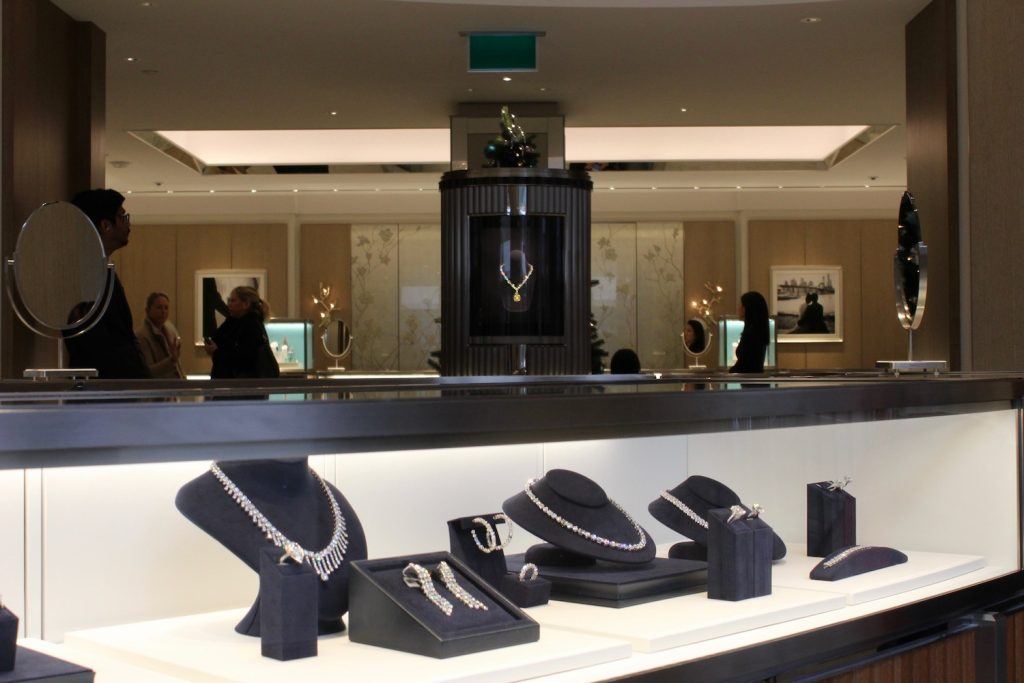 The Tiffany Diamond was originally found in South Africa in 1877, in the form of a 287.42 carat stone. A year later it was cut into the form that it takes today: A cushion-shaped 128.54 carat diamond with 82 facets sitting just over an inch wide.

“It’s the cornerstone of our business, it’s the DNA, it’s the legacy, it’s everything that we stand for, so that’s why it’s here, that’s why we’ll never sell it, and why it’s so much a part of our history,” Kirtley said.

However, he did mention one instance where the Tiffany Diamond did go on sale, though it was only for a 24-hour window of time.

The company put out an ad in the New York Times in 1972 (as a stunt, according to Kirtley) announcing that the stone could be purchased for $5-million ($25.8 million, by today’s standards), though no one took the company up on the deal. 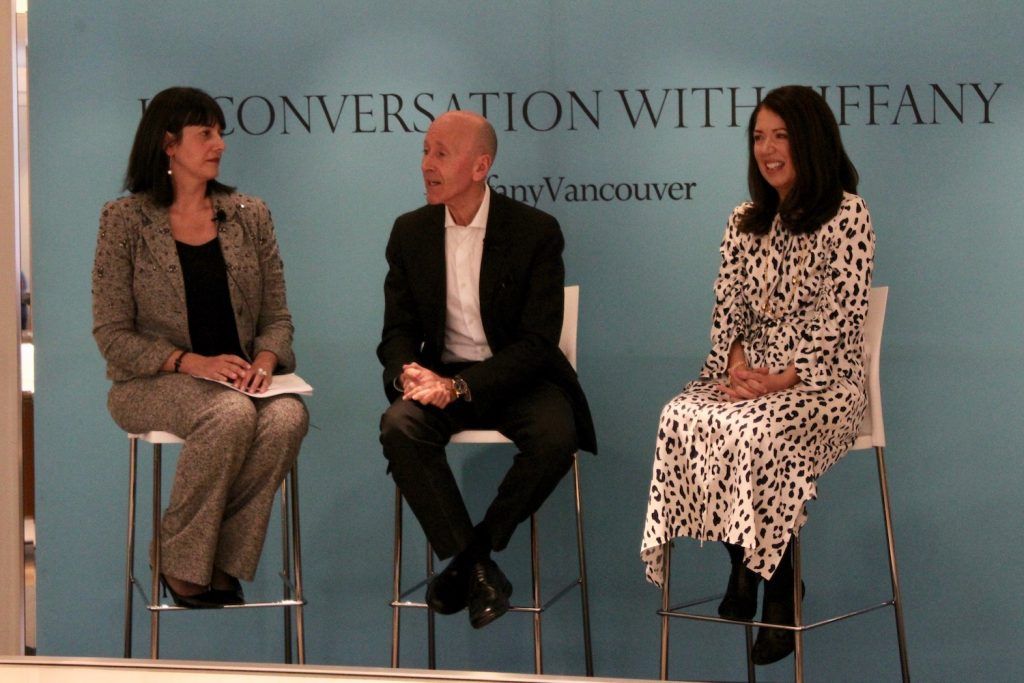 When the diamond was originally purchased back in 1877, it went for a cool $18,000, though when asked about its current worth, Kirtley just stated “We don’t have a specific value on it right now. because it’s not for sale. ”

The priceless diamond checks all the boxes as a grand treasure in an elaborate heist movie, though Kirtley stated that in all its 129 years, no one has ever attempted to steal it.

“We protect it well, I have to say. So no,” he answered when asked.

The diamond will sit in Vancouver’s Tiffany & Co. for the holiday season, and it is available for any and all to take a look at; no appointment, ticket, or admission necessary.

The amount you’ll spend the other diamonds around the store, however, is entirely up to you. 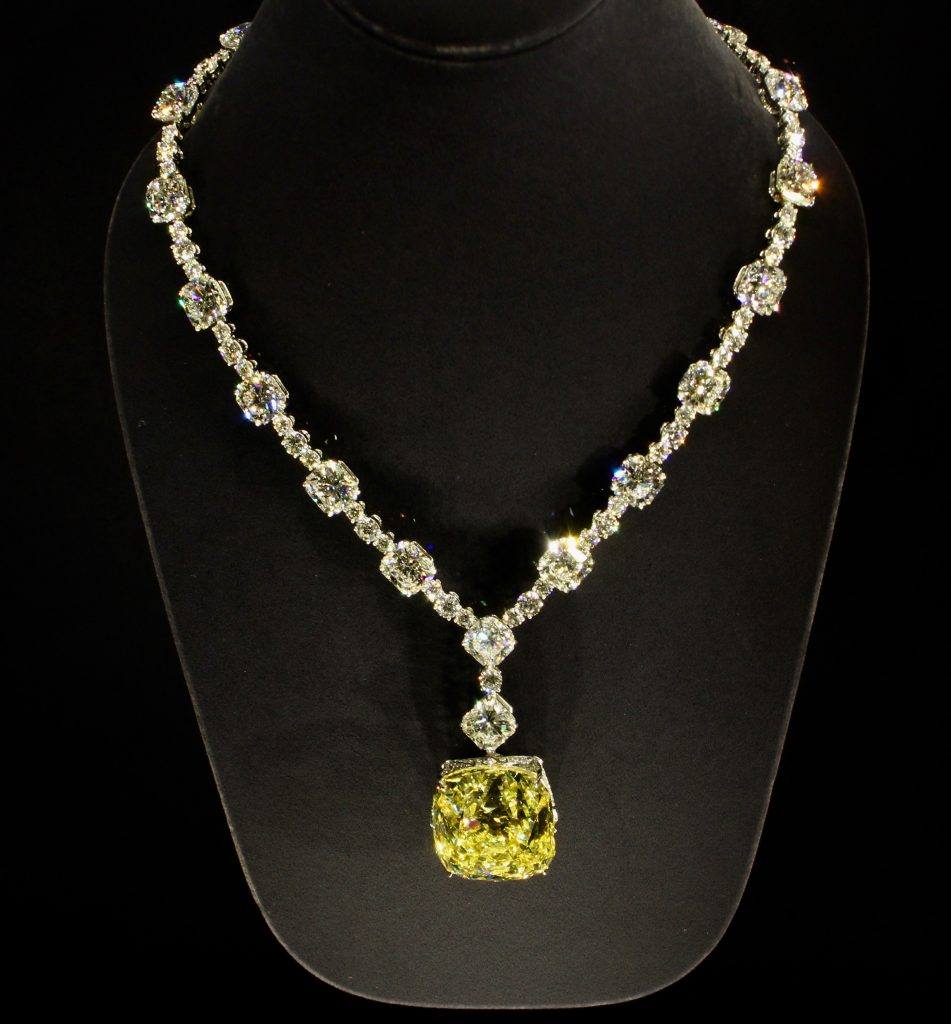