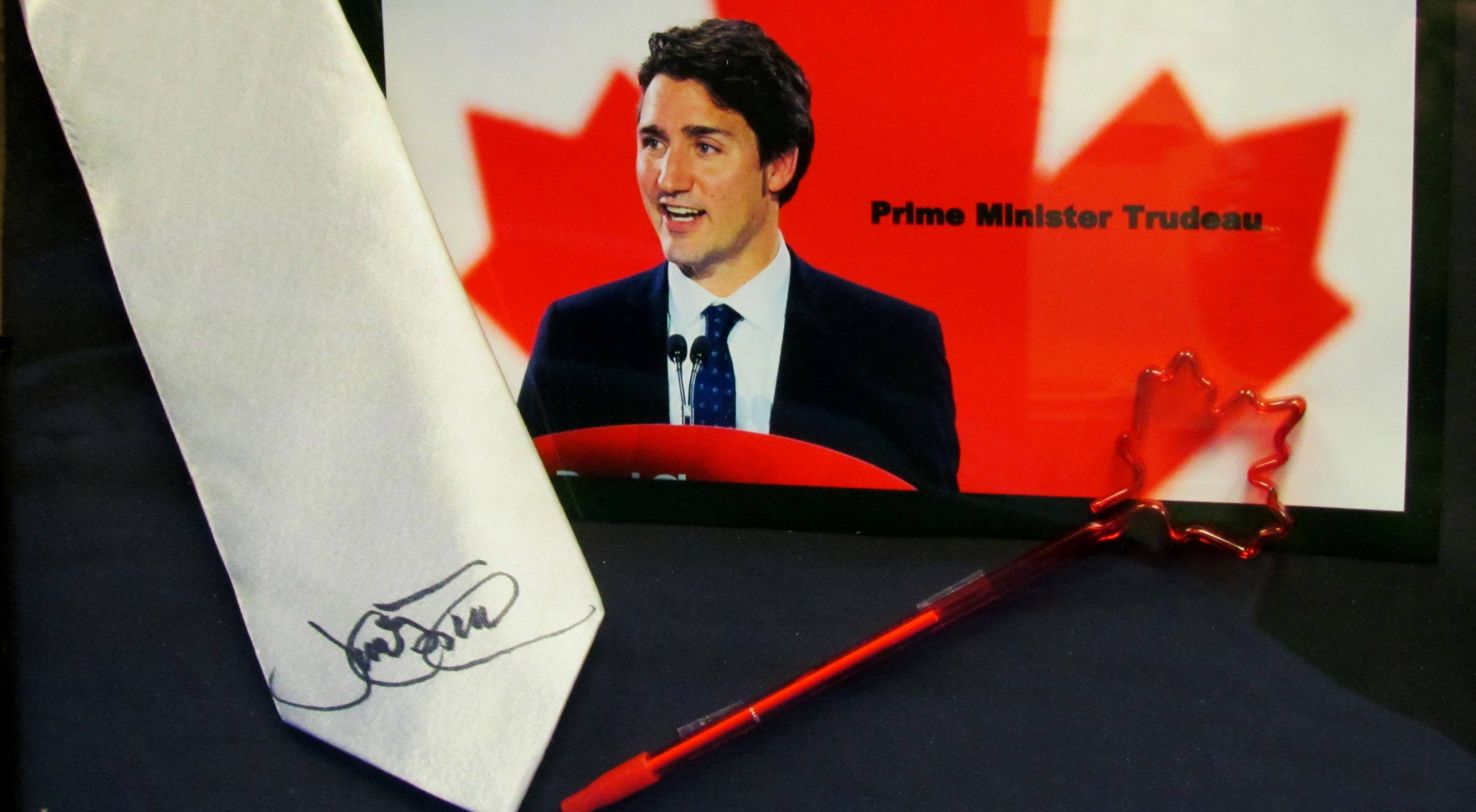 Whether it’s an early Christmas gift for dad, or a snazzy new addition to your own wardrobe, ties tend to be a hot-ticket item around this time of year.

And right now is the time to bid on one-of-a kind ties to help out a good cause, thanks to the 20th Annual Tie Day for the Greater Vancouver Food Bank (GVFB).

This year, there are 98 celebrity-autographed ties for auction, including ties from Don Cherry, Justin Trudeau, and Michael Bublé, with starting bids of $20.

This will be the last ever Tie Day, two decades after it began as a friendly contest between Royal City Jewellers founder Howard Isman and his colleague Ken Basso.

Both men had agreed to give $5 each to the food bank for every staff member that wore a tie and made a food or monetary donation as well.

Such was its success, Tie Day became an annual event, taking place on the last Saturday in November every year.

Soon the firm expanded beyond food and money donations, and began auctioning off celebrity-autographed ties and original hand-painted art in support of the GVFB.

Eventually, the event grew into a month long Tie Day Campaign; this year bidding is open until 3 pm on November 26.