As fall rushes in and straight-arm tackles summer for another year, it also marks the start of another exciting National Football League regular season.   With last year’s best, hailing from the Northwest — all eyes will once again be on Russell Wilson, Pete Carroll and the Seattle Seahawks!

Since Thursday is the new Friday, you should definitely commit to watching all Thursday Night games with your friends this season as things kick-off right around 5:30 p.m. every week.

The Hard Rock Casino Vancouver is a great spot to catch every Thursday Night game and here’s why:

*Bonus* With each buffet purchase you get three entries to the season long contest to win airfare, accommodations and tickets for two to the PRO BOWL in Arizona! 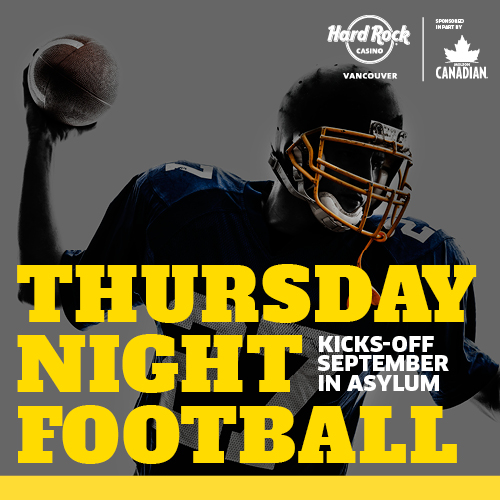 When: Every Thursday Night (September 4 to December 18)