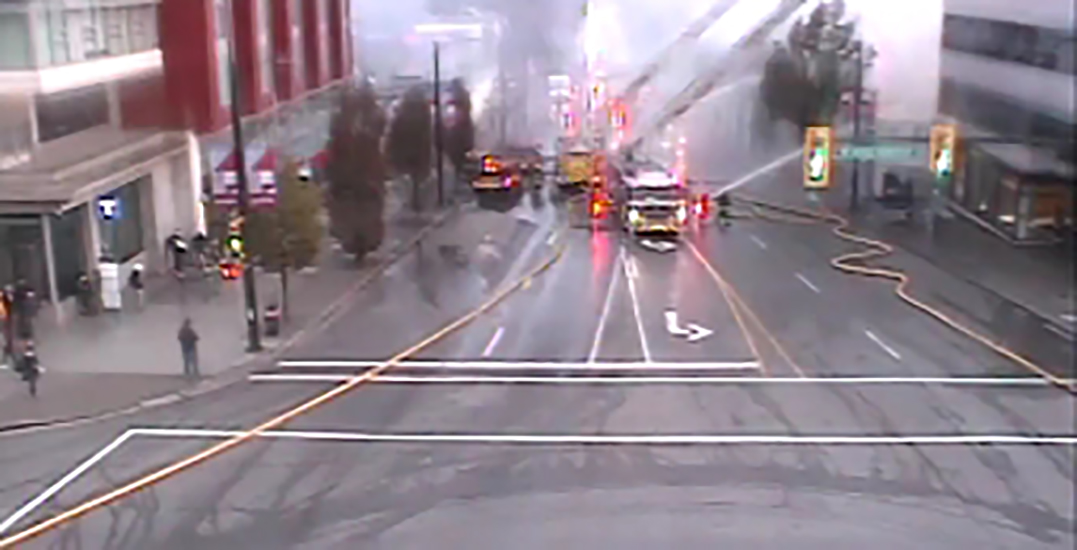 Courtesy of City of Vancouver

Fire crews in Vancouver are battling a blaze that broke out in the Cambie Village neighbourhood.

The fire broke out early on Thursday morning near the intersection of Cambie and King Edward.

Vancouver Fire Rescue Services (VFRS) say that the fire was evaluated as a three-alarm fire but is now under control.

The area will remain closed, however, for the next few hours. Commuters are being asked to plan ahead with alternate routes and to stay indoors if they experience respiratory issues.

The intersection of Cambie and King Edward Avenue continues to be closed due to an early morning fire. Please plan ahead and find an alternate route. pic.twitter.com/ZCibVOSlg4