As the lights go down at The Improv Centre, the mourners will gather at The Wall for a brave young warrior. The Wall stretches for 100 leagues (300 miles) along the northern border of the Seven Kingdoms, defending the realm from The Wildings and White Walkers who live beyond. The intentions of the mourners are finally revealed…

From there, moments of hilarity, death and vengeance unfold as you, the audience chimes in with your suggestions. 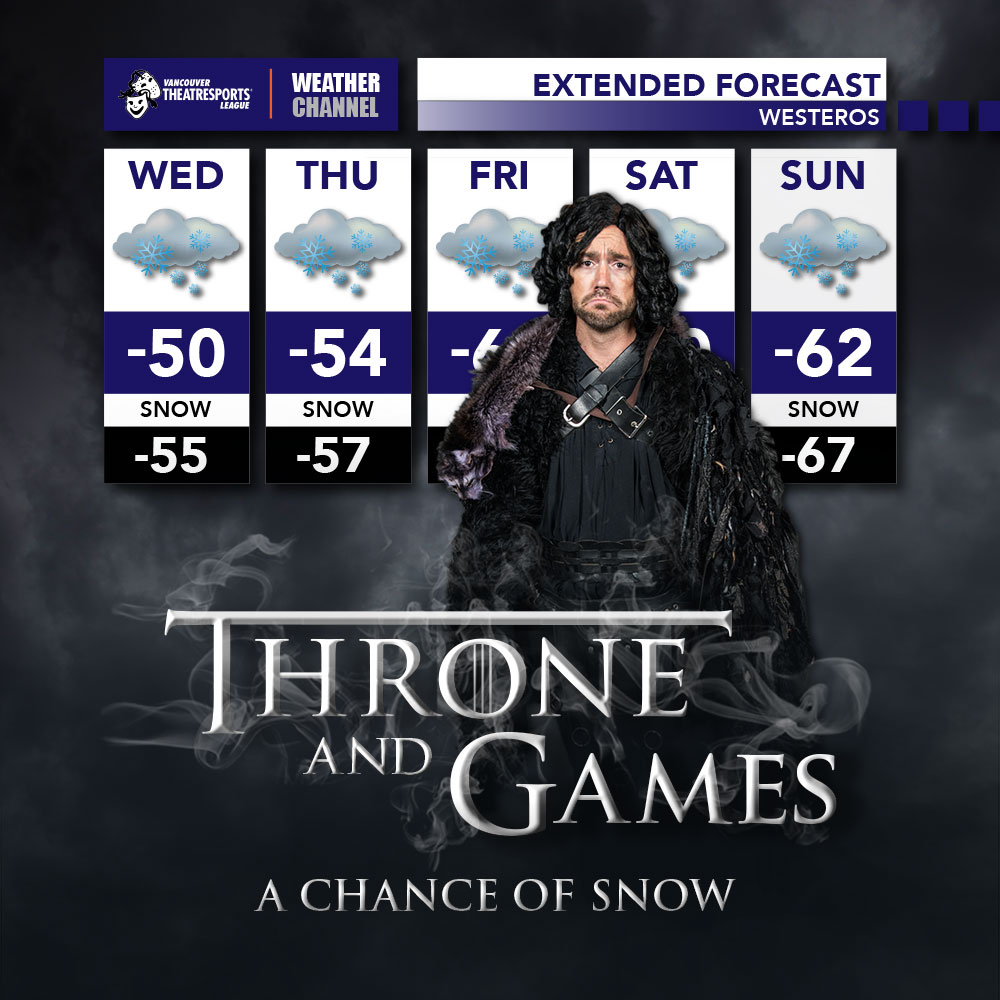 This time around the show is deadlier with tougher challenges and new characters. It is no longer a team format and every character has to fend for themselves in do or die situations. In this epic last person standing competition of wit, deception and backstabbing it becomes cut throat improv comedy – literally.

In such dark times, it’s good to recall the words of A Song of Ice and Fire author George R.R. Martin, “Laughter is poison to fear.”

SPOILER ALERT: You don’t have to read the books or follow the HBO series to enjoy side-splitting laughter.

Join VTSL in the Neil Macrae Bar and Lounge and enjoy their specialty cocktails fit for the King and Queen of Westeros:

Throne and Games – A Chance of Snow runs every Thursday, Friday, and Saturday evening at 7:30 p.m., starting on April 7 through May 28 at The Improv Centre on Granville Island. Tickets are priced as low as $10 for students and seniors, or $15/adult. Click here to buy yours.