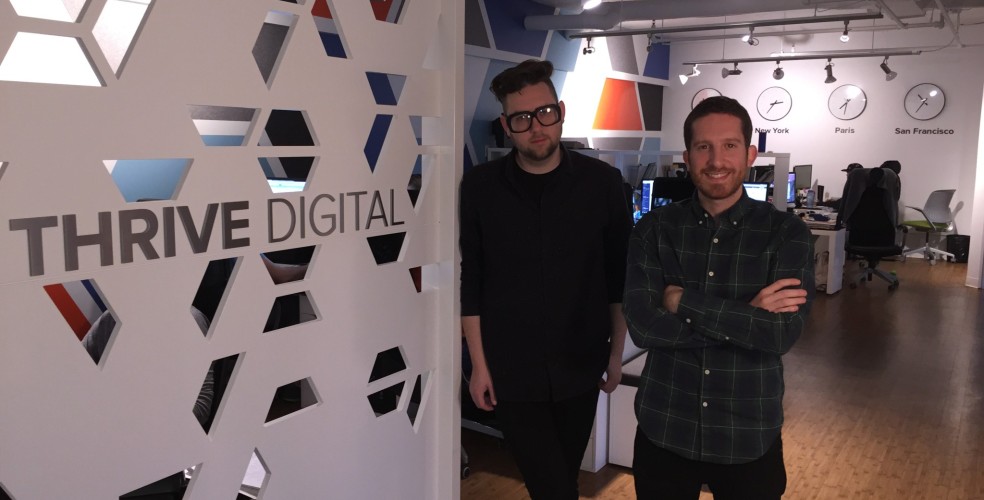 With huge companies such Uber, Wilson, Salomon, and Sotheby’s Realty on their roster, it’s hardly surprising the agency. which specializes in online campaigns, is making waves. But what’s interesting about Thrive is that, while they call Vancouver home, nobody here really knows who they are.

“I would argue that our reputation is much, much better down in San Francisco or New York,” Thrive Digital founder Jonathan Becker tells Vancity Buzz. “It’s funny that it works that way – I think it’s because a lot of the work that we do is American.”

“People don’t actually know who we are in our own backyard.”

Thrive Digital’s specialty lies not in developing brands, but making them accessible to millions of people. They’re experts in e-commerce, user acquisition, lead generation, and, of course, brand visibility.

The odd direction of the company’s success is a combination of a bit of hard work and a bit of luck, says Becker, after American clients continued to recommend them largely by word of mouth.

“There’s these funny concentric circles of recommendation that happened. And it just so happened that some of the stuff we’ve done in the U.S. has been really high profile, and so it got noticed, specifically with a lot of the influencers there.”

The company came from humble beginnings. Becker started Thrive Digital in his apartment in 2011 and the company now has 30 employees and a large client base just five years later.

And it seems they’re getting noticed by some big names. The team recently completed a project on immigration reform with Emerson Collector founder and widow of Steve Jobs, Laurene Powell Jobs. Bill Gates even invited Becker’s team down to Washington to discuss collaborating on projects in the future.

Locally, Becker and his team have done projects for lululemon, Arc’Teryx, and Whistler Blackcomb. Still, their bread and butter comes from startups in the Silicon Valley, and even Becker himself is astonished by the company’s growth in the States.

Indeed, the company manages over $100 million in advertising annually. One of Thrive Digital’s most exciting new projects was the opening of a small office in Paris.

“We have a bunch of really exciting projects on deck and we’re looking for the best people in the city to help us grow and expand,” says Becker.