It’s close to midnight, and something evil’s lurking in the dark…. in Vancouver!

#ThrillVancouver, on Saturday, October 29, is part of a global attempt to break the world record for the most zombies simultaneously dancing Thriller.

If you want to take part, but don’t have those zombie moves down yet, have no fear – you can learn the dance online then rip it up at five scheduled rehearsals days.

On Thrill Day, you’ll be able to get basic zombie make-up done for free by SPFX Make-Up Artists, before heading outside to . 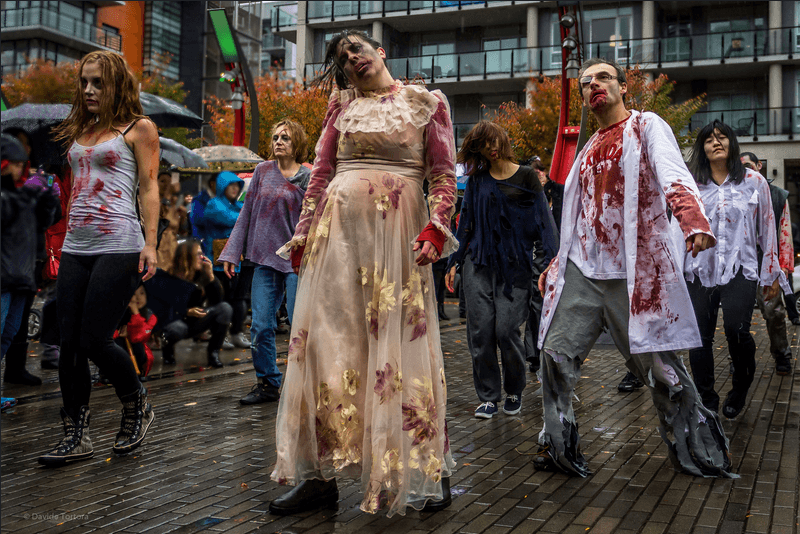 #ThrillVancouver is being organized by Vancouver Improv Anywhere, and hopes to raise money in support of The Greater Vancouver Foodbank.

Registration is open now. Participation is by donation, suggested amount $40, including all dance rehearsals and basic zombie make-up. Pay $10 extra for a prosthetic.

To help the foodbank with its stocks, everyone is encouraged to bring an item, such as canned food, beans, pasta sauce, dry lentils, peanut butter, baby food, formula and diapers. 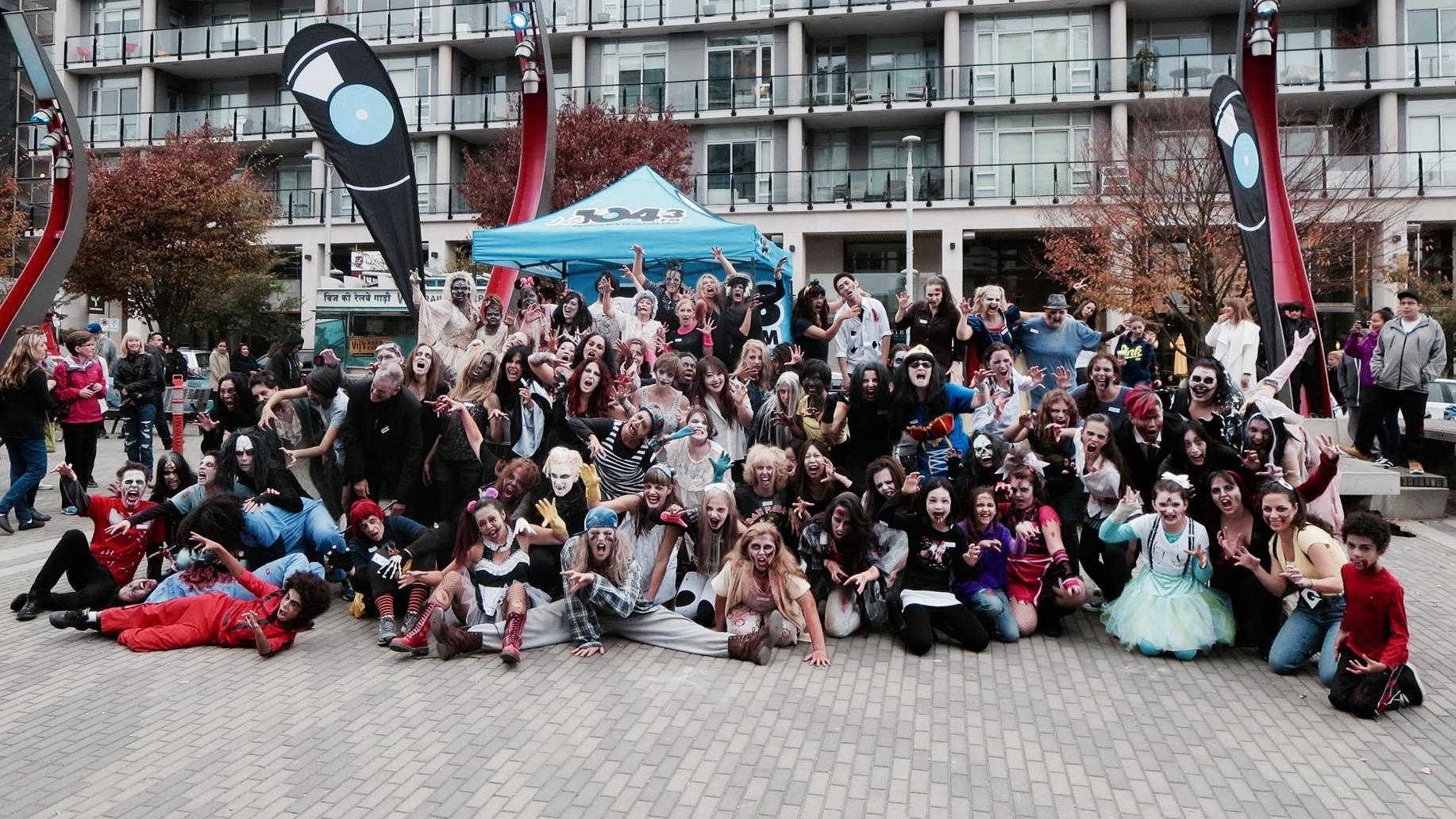 When: Five different dates as follows:

Where: Zombie make-up session/registration will be at Creekside Community Centre, Thriller dance performance will be at Olympic Village Plaza

Register: Online from October 10, or RSVP on Facebook, by $40 suggested donation