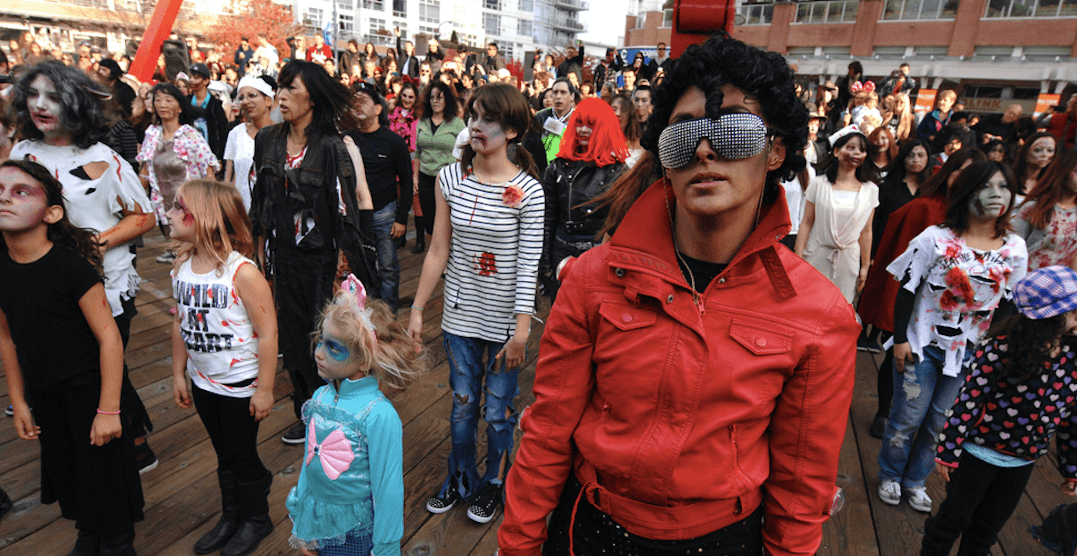 First there was the song, and then there was the dance. Both have remained popular since their premiere, but only one brings a uniquely motivated and outgoing population of Vancouver together.

That coming together is none other than #ThrillVancouver, where the city dresses up as Michael Jackson’s backup dancers (read: monsters), jam.

The 2017 addition of the event is just around the corner! But this is not a haphazardly organized dance. This is work. There are rehearsals.

For the cynics out there, who are wondering: What’s the point? Proceeds of the event go towards Vancouver Food Bank. Last year $2,800 was raised, and 103lbs of food was donated.

Where: Event dates and plans for rehearsals can be found here.  For Thrill Day, it takes place at Creekside Community Centre – 1 Athletes Way, Vancouver