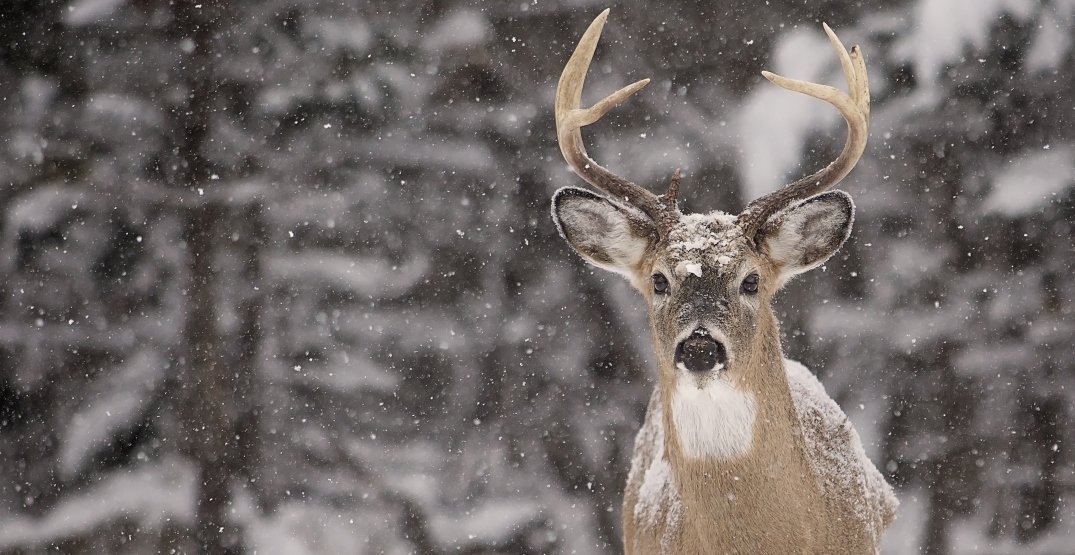 Three free-ranging white-tailed deer in Quebec have tested positive for COVID-19. The animals in the Estrie region of the province were sampled between November 6 and 8.

According to a Wednesday press release from Environment and Climate Change Canada, this marks the first case of SARS-CoV-2 detected in Canadian wildlife.

On November 29, 2021, the National Centre for Foreign Animal Disease (CFIA) confirmed the first detection of the virus in the deer.

Environment and Climate Change Canada say that “this finding emphasizes the importance of ongoing surveillance for SARS-CoV-2 in wildlife to increase our understanding about SARS-CoV-2 on the human-animal interface.”

Hunters are warned to be cautious when handling deer carcasses to protect themselves from the possibility of transmission.

Instances of COVID-infected wildlife in the United States and around the world have already been observed. In most cases, the animals showed no signs of illness and were otherwise perfectly healthy. The deer showed no evidence of clinical signs of disease.

Federal, provincial, and territorial partners will continue to monitor the potential implications of the virus spreading throughout Canada’s animal population.

Canada also notified the World Organization for Animal Health (OIE) about the discovery on December 1.