“No Pipeline! No Tankers!” demonstrators shouted into the microphone.
“No problems!” chanted back the crowd of Vancouverites gathered at Sunset Beach for the #NoEnbridge rally on May 10. 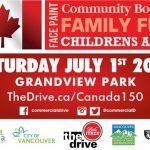 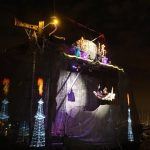 Thousands attended this rally, referring to it as the last big event before Prime Minister Stephen Harper is scheduled to either approve or disapprove of Enbridge Inc.’s controversial Northern Gateway Pipeline.

Ben West, organizer of the event and campaign director of ForestEthics explained that British Columbians should have the first and last say when it comes to their province’s well being. “Harper’s decision will not be the final word on whether or not Enbridge will go forward. This rally is a reminder of that,” he said.

From speakers of the First Nations communities to the representatives from City Council, notable public figures all took turns to step on stage and express their disapproval of the $5.5 billion project.

Over to you @PMHarper. Whether you choose the easy way or the hard way, this pipeline is never getting built. #NoEnbridge #cdnpoli

From where I stand, this pipeline does not have the social license to proceed. #may10 #noenbridge http://t.co/N9s2CrHEi4 — Amanda Mitchell (@iheartcities) May 10, 2014

“Christy Clark has changed the Park Act so the pipelines can go in and investigate,” said Art Sterritt, executive director of Coastal First Nations. “They’re going to get a lesson in democracy that they haven’t gotten in a long time, and they very well need it.”

The drums began beating. And the crowd—growing significantly larger in size by the minute—cheered as their voices reached all corners of the beach.

People also took time to mingle amongst each other, sharing facts and information concerning the risks involved in allowing the Northern Gateway to be constructed.

“We’re not protestors, we’re protectors,” said Amy George, a member of the Tsleil-Waututh nation. “Here in British Columbia we live off the land, but we can’t live off fish filled with tumours and poison.”

Much of what the speakers said focused on the pipeline’s potential to cause environmental disaster. And with that, Harper’s indifference towards it.

“We’re pretty amazed that the National Energy Board approved [the pipeline] given the level of outrage and the fact that the government of British Columbia called for the pipeline not to be approved,” explained West.

Vancouver’s Mayor Gregor Robertson was not able to attend but showed his support for the rally through Twitter.