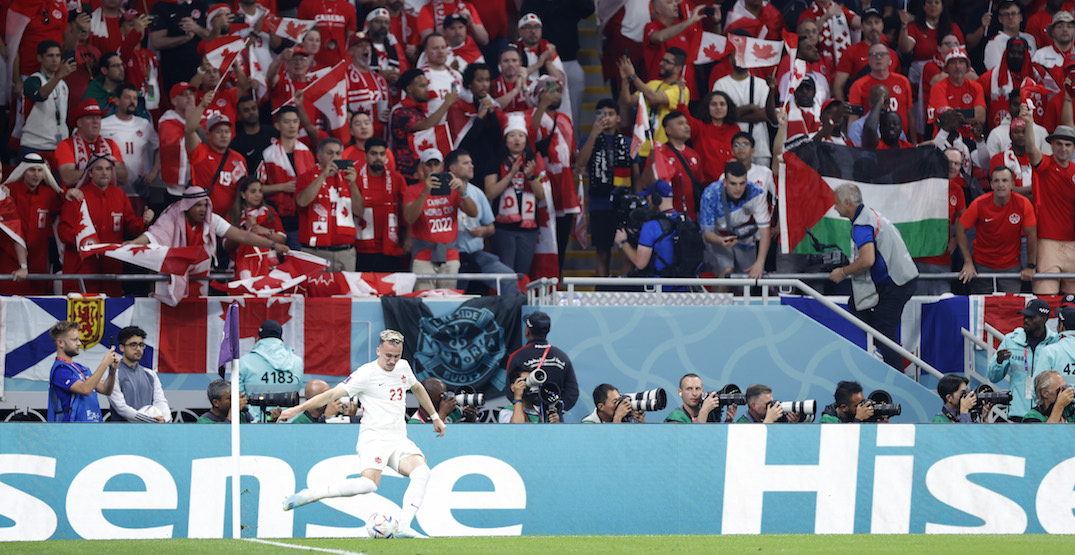 Up against one of the best teams in the world, Canada didn’t look out of place.

Neither did their fans.

By the admission of Belgium’s coach after the match, Canada deserved to win the match over the heavily favoured No. 2-ranked team in the world.

Perhaps they were helped by their supporters, as thousands of Canadian fans showed up in Qatar to cheer on their team.

It was like Canada had home-field advantage on the other side of the world, as Canadian fans drowned out Belgian supporters, and it impressed head coach John Herdman.

“A good performance from the team. Really proud,” Herdman said in a Canada Soccer interview post-match. “The fans in the stadium can go away feeling like we’re a football country. They brought their energy for 90 minutes; it felt like we were the home team. A proper football crowd.” 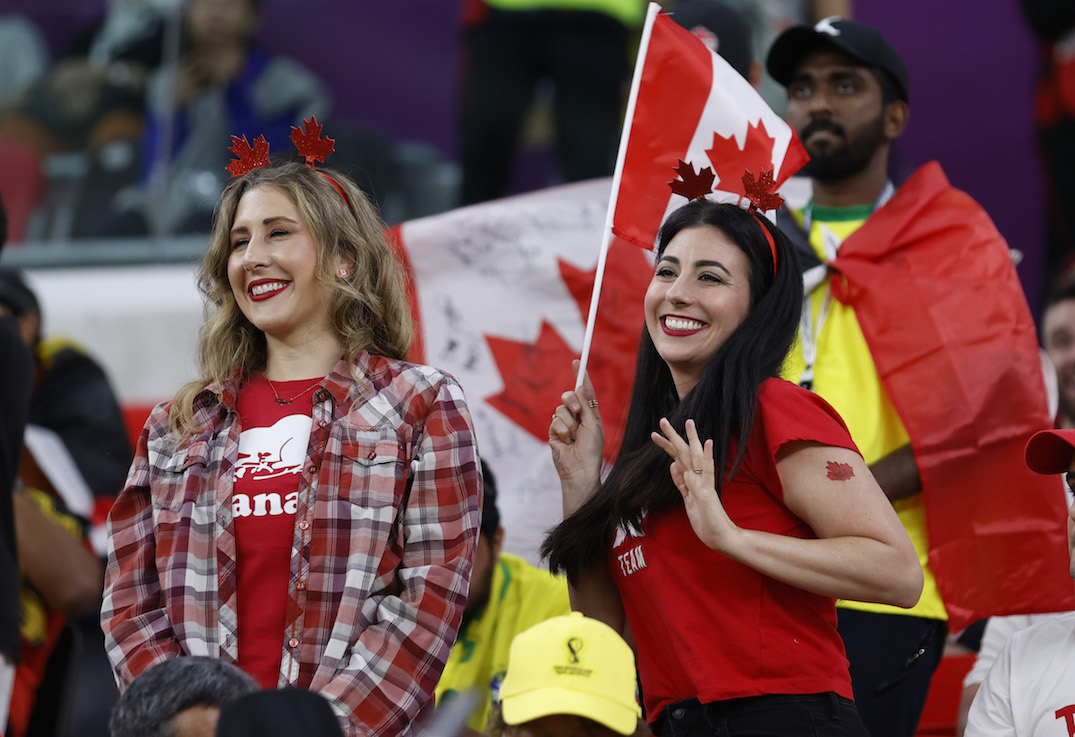 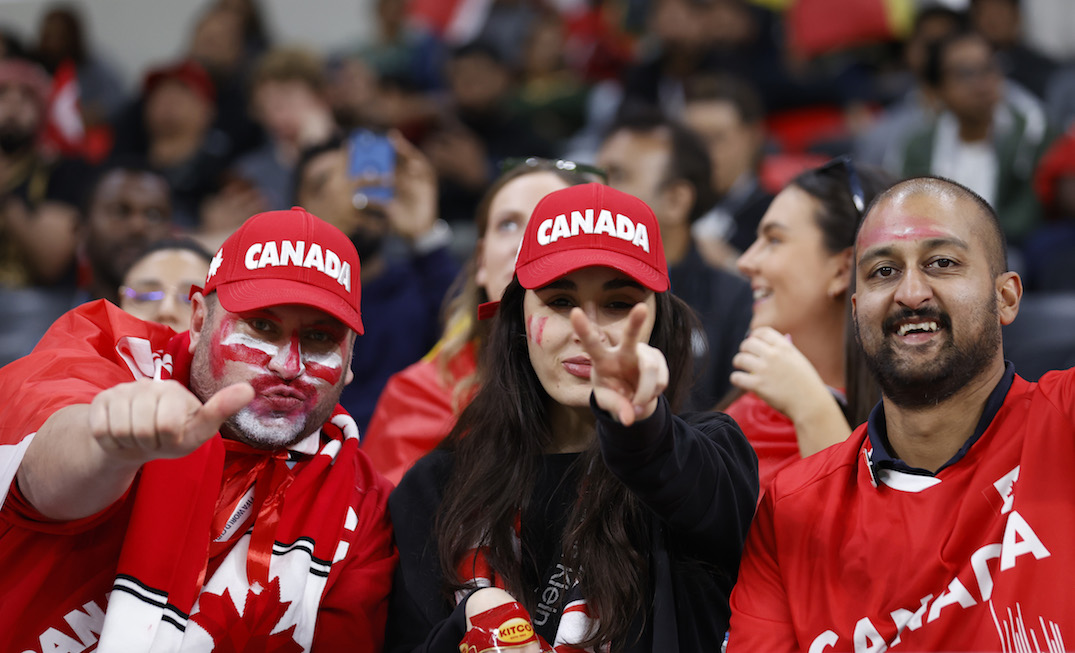 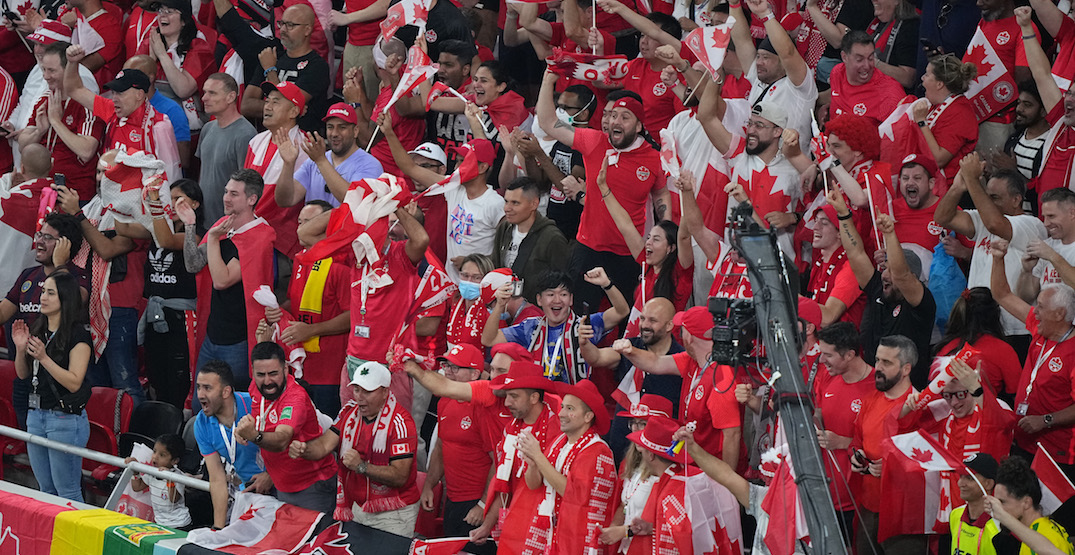 Canada stepped onto the field to the tune of “Started from the bottom” by Drake, which is appropriate for a country ranked 120th in the world just five years ago.

#CanMNT greeted with thunderous applause as they enter for warmups.

Drake’s “Started From The Bottom” blares in the background. pic.twitter.com/BvFKleyAOK

When Davies missed the penalty it was the first time we noticed the Belgian fans in here.

#can and #bel fans getting pumped outside the stadium before the match.

Right before this cheer the MC yelled "Double double!" to get the Canadians cheering LMAO#FIFAWorldCup pic.twitter.com/taPmdmUXg9

Now ranked 41st by FIFA, Canada looked like they belonged right away, dominating play in the first half.

At the end of the game, Canada led Belgium in shot attempts, 12-9, including a 16-6 advantage on attempts at goal from inside the penalty area.

The Canadians also led Belgium in expected goals by a 2.83 to 0.86 margin. To put that in perspective, Canada had more expected goals (2.83) than Argentina did (2.27) against Saudi Arabia yesterday.

Belgium was the only team to score an actual goal in the match, meaning they’re in first place in Group F. The other two Group F countries, Croatia and Morocco, drew 0-0 earlier in the day.

While Canada is disappointed to lose the match, particularly given Alphonso Davies was unable to score on a penalty early on, players and coaches have to be excited about how well they fared against one of the best teams in the world.

They can be proud of their effort, but they’ll need to do more on Sunday against Croatia. They’ll need a result against the Croatians to have a chance to advance past the group stage.

“I’m really proud of the lads, but at the end of the day, we need to get points,” Herdman added. “We go into this Croatia game with a bit of fire in our bellies now. We’re hungry. We’re even more hungry. We know we deserve to be here. We know we can represent. It’s time. It’s time for us to push on.”

Herdman said the team achieved two of their World Cup goals against Belgium: to play fearlessly and to entertain. But their other goals are still yet to be realized: scoring a goal and getting a result. Those are two things Canada did not do in their only other men’s World Cup appearance in 1986.

“We believe in ourselves,” Herdman said. “But we got two more matches, and this group’s still wide open. We’ve got everything to play for.”