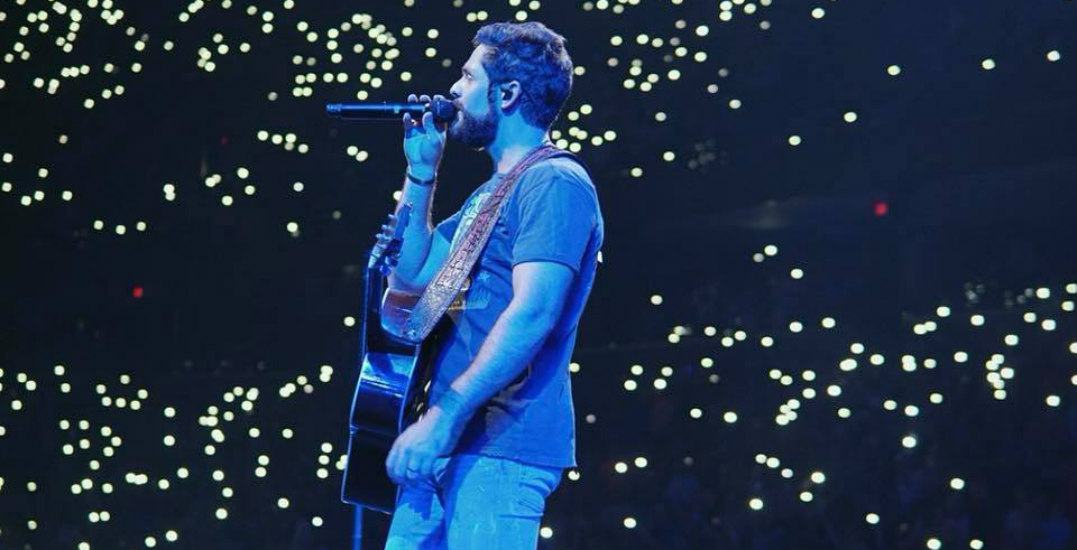 The singer-songwriter will be performing at Rogers Arena on Wednesday, May 15 as part of his Life Changes tour. The singer will be joined by special guest Dustin Lynch during the tour.

Before touching down in Vancouver, Rhett will be visiting a host of US cities including LA and Texas, Ipswich in Australia, Montreal, Ottawa, London, Winnipeg, Calgary, Edmonton, and more.

Back in 2013, Rhett had his first number one hit with “It Goes Like This” – a track with everything from country tones to R&B grooves, soul, and pop hooks.

You’ll get to hear hits like “Make Me Wanna,” “Get Me Some of That,” “Crash and Burn,” “Marry Me,” and “Life Changes” from the star’s most recent album of the same name when he performs in Vancouver.

Tickets to Thomas Rhett’s Vancouver concert are on sale now starting from $48 via Ticketmaster. But you could win two free tickets to the show by entering the contest below.

It’s something to look forward to in the new year!

To enter for your chance to see Thomas Rhett live in Vancouver on May 15, 2019, do at least one of the following:

Contest entries will be accepted from the time and date of publishing until 11:59 pm on October 15, 2018. One winner will be chosen at random and contacted through the platform they used to enter.