What athlete, no, what Canadian, hasn’t dreamed of wearing a Team Canada jersey. Whether you’ve dreamed of dancing on ice, leaping over hurdles, or scoring the winning goal, you now have a chance to experience that rush, pride and glory, like never before.

On November 28, The ROX at the Richmond Olympic Oval opens up to Vancouver. Not only is it the the first member of the Olympic Museums Network in North America, but the ROX is one of the most interactive sport attractions in the world.

The ROX lets you experience incredible Olympic and sport simulators. You’ll be able to feel that rush as you fly off a ski jump, paddle the raging whitecaps of a competitive kayak course or zip along at record-breaking speeds on the Vancouver 2010 bobsleigh track (but way safer). 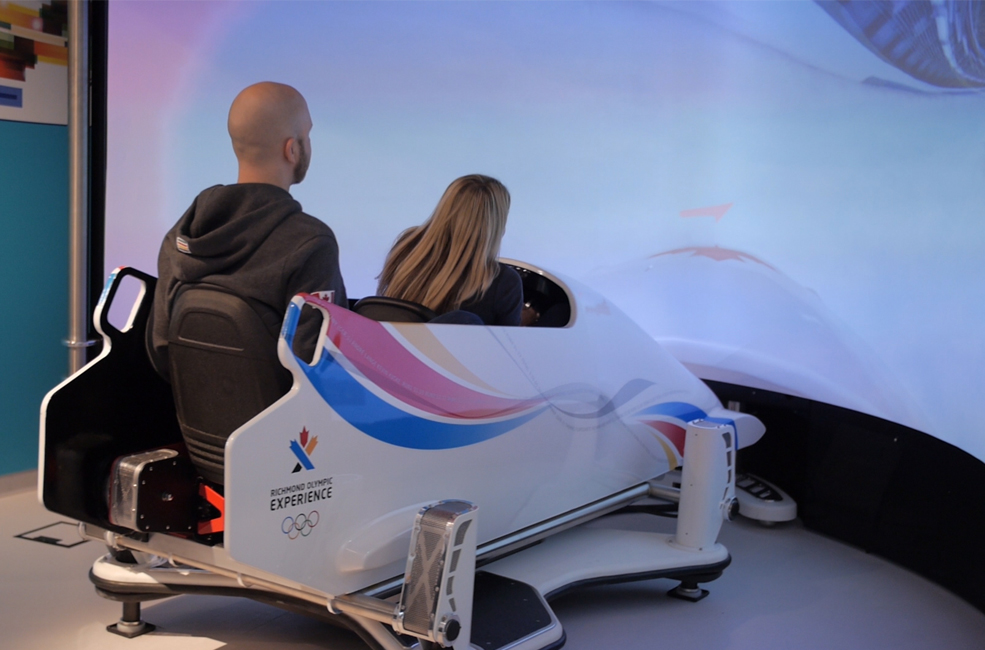 There are also a number of interactive games and challenges. You can pit yourself against friends or if you want a real challenge, against current world record holders. You can test your hockey goal scoring skills while Sidney Crosby and Hayley Wickenheiser watch on, or see how many soccer balls you can block in the net. You and your friends could turn the whole experience into a day-long competition comparing your vertical jump, long jump and reaction time against each other or other Olympians. If athletics and coordination aren’t really your thing, don’t fret. There’s also stations for people who might enjoy testing their skills at trying to broadcast an Olympic event instead of taking part in one.

The ROX has over 570 rare and unique artifacts that are bound to instil a sense of nostalgia for any Canadian sports enthusiast. Everything from historic Olympic medals, torches, and old uniforms (the good and the bad) from Olympic heroes. The exhibit is not just about being a part of the experience but learning about Canada’s past. Interactive touch tables show how the Games have, and continue to evolve, and will let you relive some of the world’s most inspiring sports, Olympic and Paralympic moments.

Check out theROX.ca for information about events, admissions and programming. And don’t forget to share your Olympic experiences with #OvalROX.