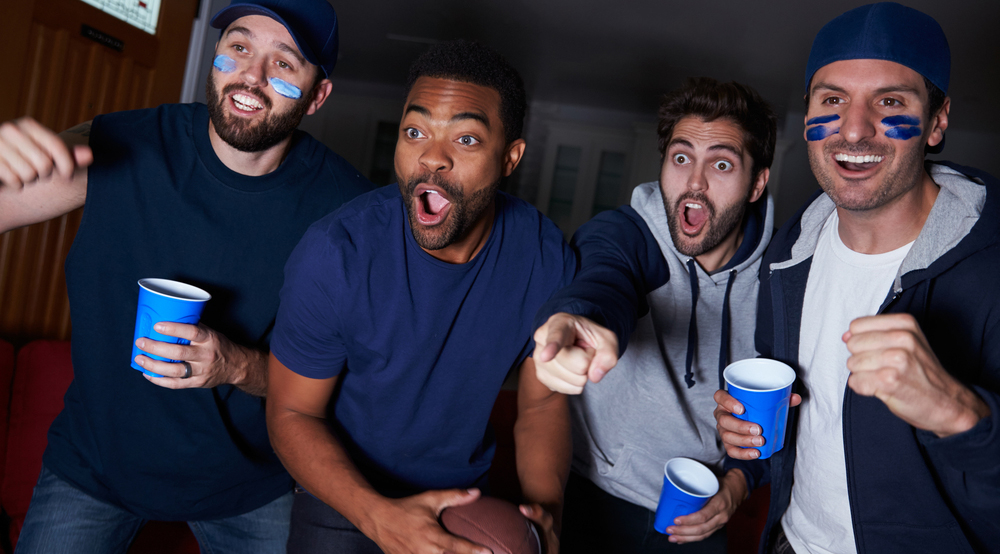 You don’t watch a lot of NFL games. In fact, you just watch one: the Super Bowl.

And that’s okay. You’re not alone.

While there’s obviously millions of diehard football fans out there, there’s also a lot of people who will be watching the Super Bowl on Sunday for other reasons.

Maybe someone invited you to a Super Bowl party.

Well, fake football fan, this article is for you. Here are 10 things you should know about the big game this weekend.

Let’s start with the basics. Super Bowl LIV will be played between the Kansas City Chiefs and the San Francisco 49ers.

The Chiefs will be wearing their red jerseys, with yellow and white trim. The 49ers will wear white jerseys, with red and gold trim.

Kansas City won 12 of 16 games during the regular season, while San Francisco won 13 times, but the Chiefs are a slight favourite to win on Sunday.

2. Where the game is taking place

The Super Bowl will be taking place at Hard Rock Stadium, the home of the Miami Dolphins. It’ll be the 11th time that Miami has hosted the championship game.

Assuming you’re not flying to Miami and shelling out thousands of dollars for tickets, you can watch the game on CTV and TSN in Canada. They’ll be picking up the Fox broadcast from the United States (except for the commercials…more on that later).

4. Demi Lovato is singing the anthem

There’s no shortage of celebrities to spot at the Super Bowl, and it begins with Demi Lovato, who is singing the American national anthem.

5. Players you need to know about

The most recognizable player on each team is their quarterback.

Chiefs QB Patrick Mahomes is the reigning NFL MVP. The 24-year-old is in just his third pro season.

The other guy you should probably know about is Jimmy Garoppolo, the 49ers quarterback. He’s been in the league since 2014 but didn’t get to play much when he was with the New England Patriots as Tom Brady’s backup.

6. How long is this going to take?

Football games generally take about three hours to play, but there’s a lot of pomp and circumstance in the Super Bowl, causing the game to go longer. Expect it to be closer to four hours to complete.

7. Who’s in the halftime show

Part of the reason the game takes so long to complete is because of the elaborate halftime show the Super Bowl puts on. This year’s halftime show is headlined by Jennifer Lopez and Shakira.

The list of celebrities that will flock to Miami for the Super Bowl is extensive.

Here’s a rundown of the ones we know about:

9. Everyone’s gambling on everything

You can bet on just about everything to do with the Super Bowl — and many people do. There’ll be more than $150 million placed on bets in the state of Nevada alone, on everything from how long the anthem will take to sing to what colour Gatorade will be dumped on the winning coach’s head.

You can even bet on the halftime show.

Even the commercials are must-watch television when it comes to the Super Bowl. Companies in the United States pay about $5 million for a 30-second spot, so they make them count.

Just one problem: we won’t be seeing the big-budget ads in Canada this year. You’ll have to check Daily Hive on Monday to see the best commercials from south of the border that we missed.