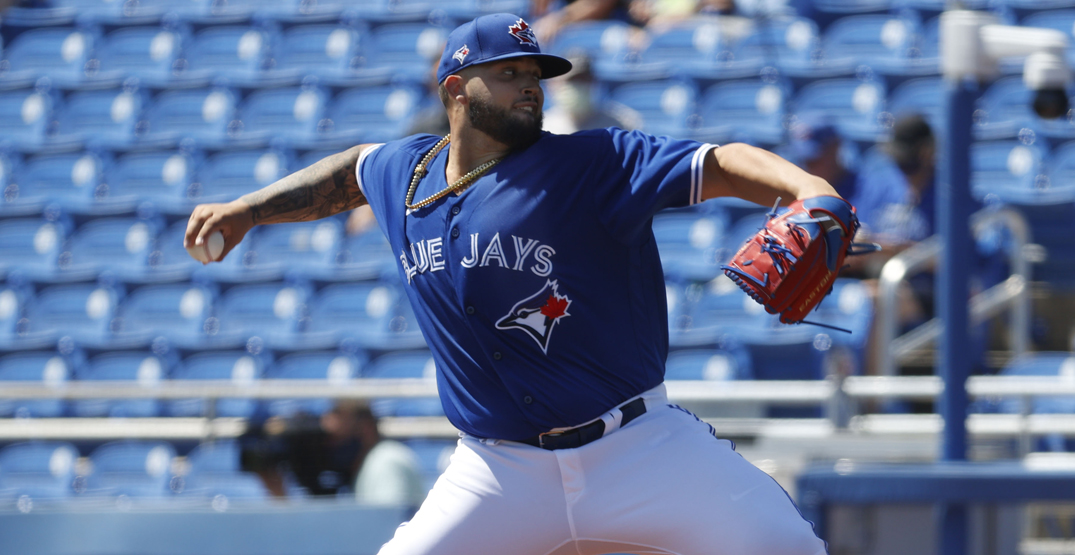 That’s the first thing Alek Manoah told his mother when he got the call. He received the news every young baseball player dreams of; playing under the bright lights of the big leagues.

The Blue Jays promoted one of their top pitching prospects to take on the New York Yankees in one of the most inhospitable environments for a visiting player: Yankee Stadium. Hey, no pressure kid.

With only three Triple-A starts under his belt, the Blue Jays feel confident their 23-year-old starter is ready to mow down big league hitters. If ever there was a pressure cooker environment to make an MLB debut, it’s this one.

Manoah skyrocketed through the Blue Jays’ ranks, to the point where he leapfrogged two levels of development this year by making his Triple-A debut, and now he’s with the Blue Jays after only three starts with the Buffalo Bisons, albeit, three very impressive starts.

On the day of his much-hyped MLB debut, here are five things to know about the Blue Jays’ newest starting pitcher sensation.

1. He was drafted less than two years ago

June 3, 2019 is a day the Manoah family will never forget; the moment one of their baseball offspring was drafted in the first round by the Toronto Blue Jays. Less than two years later, they’ll have another special day to remember; May 26, 2021, Manoah’s MLB debut.

It’s quite rare for a pitcher to make their way up the ranks this quickly. Manoah has less than a full season of games played in the minor leagues, pitching only 35 innings between Low-A and Triple-A before getting his first taste of the show.

Had there been a minor league baseball season last year, Manoah could have logged a few more innings at the lower levels, but he started the season at Triple-A this year and blew the doors off his competition, striking out 27 batters across three games.

Three games is all it took for the Blue Jays organization to say: “He’s ready.”

2. His brother is a pro baseball player, too

Baseball must be in the Manoah bloodline, as Alek isn’t the only member of the family to take up professional baseball as a profession. The New York Mets drafted his eldest brother Erik Manoah in the 2014 draft. To date, he’s played parts of six seasons in the minor leagues.

After Alek shared the exciting news of his promotion to the Blue Jays, one of his next calls was to his brother Erik. Alek recounted the conversation he had with his older brother; “He was like: ‘Hey kid, this is everything you’ve dreamed of, man. You’re going to step toe on the rubber and do a hell of a job, man. Get ready for it.'”

3. Manoah has a pre-inning routine

Pitchers are creatures of habit, and many go through their own pre-game, post-game and even mid-game routines to keep themselves in check. Before every inning, he turns away from home plate, takes a moment to pray and gets himself ready to pitch.

4. Made pro debut with Vancouver Canadians

On July 27, 2019, Manoah made his much-hyped debut in the Blue Jays organization as a member of the Vancouver Canadians. He worked one inning on the road in Spokane, striking out two batters and surrendering a single hit.

5. One of the tallest Blue Jays pitchers ever

Listed at six-foot-six and 260 pounds, the 23-year-old is one of the biggest pitchers to take the mound for the Blue Jays. The club has had some giants pitch for the team in the past, none as tall as the six-foot-eleven Jon Rauch.

But for those counting, Manoah towering at six-foot-six is tied as the ninth-tallest pitcher in Blue Jays franchise history (along with fellow teammate Nate Pearson).