Halloween in Vancouver is one of the better times of the year as the tree lined streets become a bit scarier as we approach October 31. From parties to haunted houses, we have the city’s most comprehensive Halloween coverage. 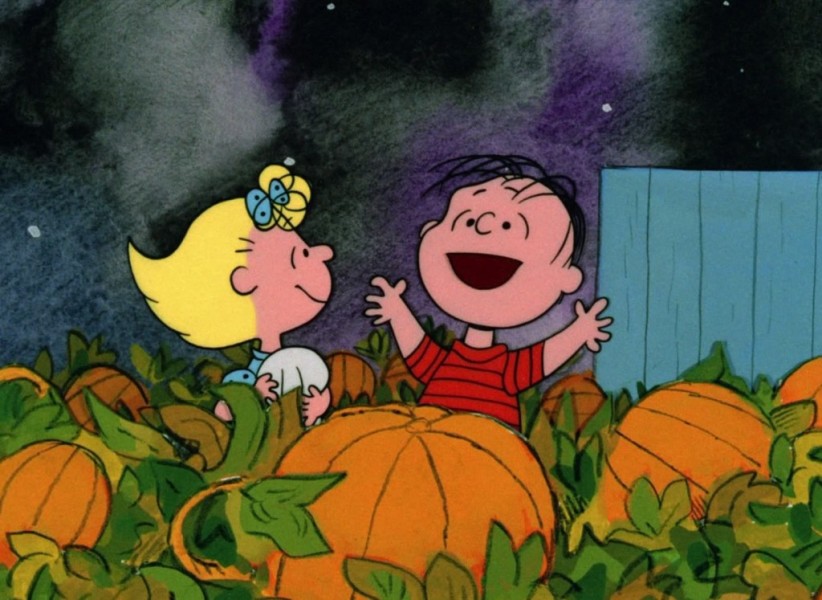 Whether it’s at a mall like Oakridge or Metropolis at Metrotown or at the annual trick or treat in Yaletown, dress up your kids and take them out to get some treats. As a bonus, you can save your kids from unnecessary visits to the dentist by eating some of their candy.

Carve a pumpkin and dress up your house

Go to your local grocery store or pumpkin patch and get carving. if you’re really into Halloween you will also want to decorate your house and spook your neighbours.

The quintessential family activity. We’ve compiled a handy list of pumpkin patches in Metro Vancouver. Be sure to check that out before you head out to grab the perfect pumpkin.

Bridges are collapsing, a hysterical mother was found living in a shoe and a little girl eating cheese is being terrorized by a spider. This year’s theme for the annual Halloween Ghost Train, which takes thousands of visitors on a twisted journey through the spookier side of Stanley Park, is “Mother Goose’s Ghastly Garden,” a cabaret of nursery rhymes shows the seedier side of timeless classics.

Trick or Treating on Trinity Street

One of the best spots for trick or treating in Vancouver is Trinity Street. The houses in this neighbourhood get tricked out for Halloween with elaborate outdoor displays, and the good-humoured residents report up to 800 trick-or-treaters on Halloween night. Parking is difficult to find, you have been warned. 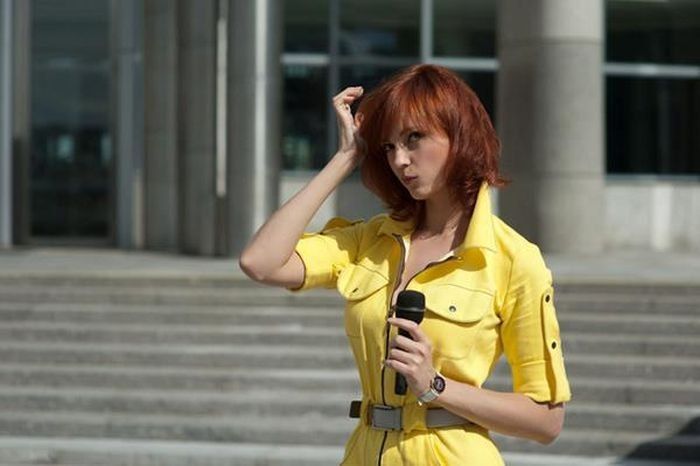 Before you can set foot into a party or out on the streets, you’ll need to look the part. We’ve come up with the ultimate costume guide for men, women and groups.

Looking for a place to get the perfect costume? Don’t worry, we have you covered with our extensive guide to costume stores in Vancouver. 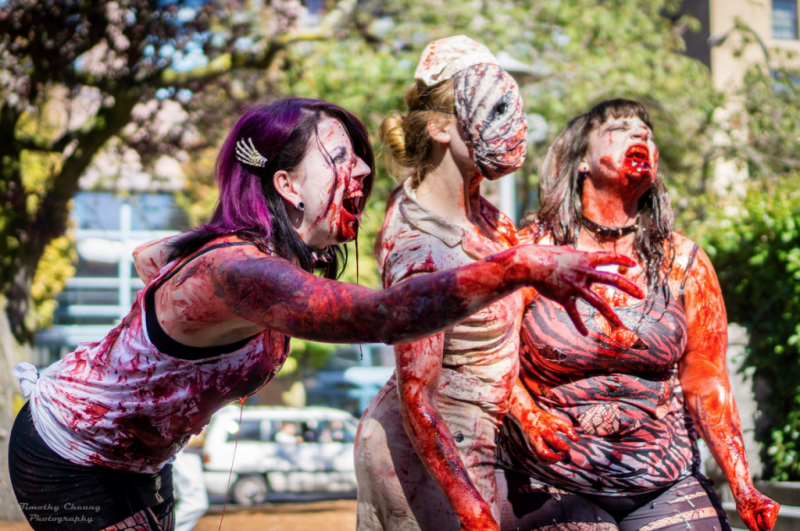 On Death’s Door: Plague of the Zombie Syndrome is the third instalment of an interactive theatre adventure that hits the streets of downtown Vancouver every October. This year, participants are tasked with saving the world before the deadly Zombie Syndrome spreads across the globe and destroys mankind – easy, right?

Zombie Combat Zone is a fight for your life through a zombie apocalypse. North America’s most authentic live action paintball scenario game. Upon arrival, you will undergo a crash course bootcamp including a briefing on the situation and weapons training, then time to suit up and head out into the zone. You will be briefed on your mission prior to entering the zone.

For those of you craving that zombie action but don’t want to venture all the way to South Surrey, check out the interactive paintball experience, combining realistic paintball action with a zombie storyline in an outdoor setting in North Vancouver. 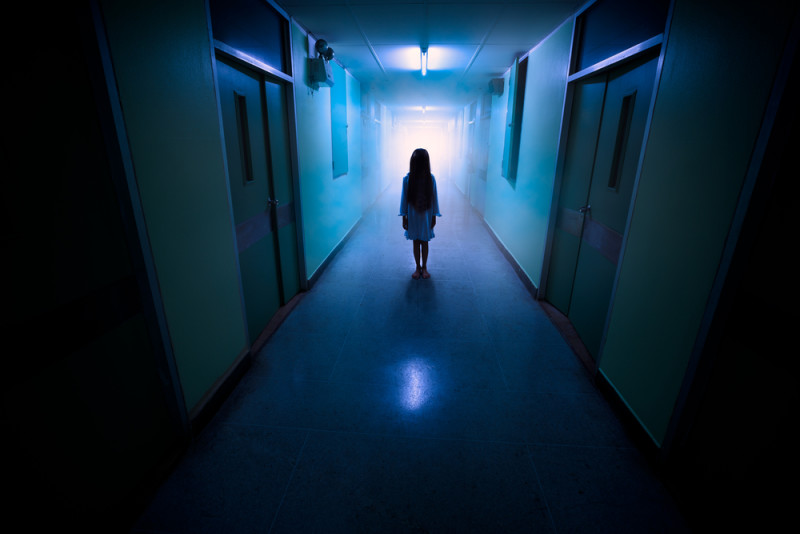 Image: Ghost in the hallway via Shutterstock

The Dunbar Haunted House is no more but there are still plenty of haunted houses to check out in the Metro Vancouver area!

Featuring seven haunted houses (including a brand new house), 13 rides, the Monsters of Schlock, Kinshira fire performers plus other terrifying shows and attractions.

The House of Horrors is a professional presentation in a labyrinth like walk through of approximately
9,000 square feet. It consists of several rooms and displays connected together by dark twisty hallways.

One of the best haunted house experiences in the Fraser Valley. Over the past decade they have been told that their Halloween-themed attraction rivals scare houses at Disneyland and other professional entertainment parks in the North America. Worth the trip out to the Valley.

The haunted swamp house in Delta is back again this year with a new floor plan, characters and props.

Note: Admission is by donation to the Childrens Miracle Network. 100% of all monies collected go to the charity.

Squawking crows meet chic Victorian steampunk at this year’s Haunted Village. Kids of all ages are invited to don their costumes and step back in time at this 1920s-era village, where you can peruse the selection of coffins at the coroner’s shop and buy a murder of miniature crows at The Crow’s Nest general store.

Once again, one of Vancouver’s fastest growing Halloween events is back, the annual Chinatown haunted house. From October 21 to 31, the Classical Chinese Garden will be transformed into a terrifying haunted house.

Vancouver’s only haunted house not suitable for children.

Your worst fears, phobias and nightmares will be experienced at this indoor haunted house, featuring 13 individual scary rooms with rides, zombies and more.

Do you have what it takes to unlock the secrets of the room and get out in time? The newly opened escape room in Burnaby is offering up Halloween room themes are Asylum, Butcher Shop, Zombie Apocalypse and for those who want no spooks, the pirate’s room is for you. In October some of the theme rooms will have actors moving in and out unannounced. Did a zombie just enter the room? 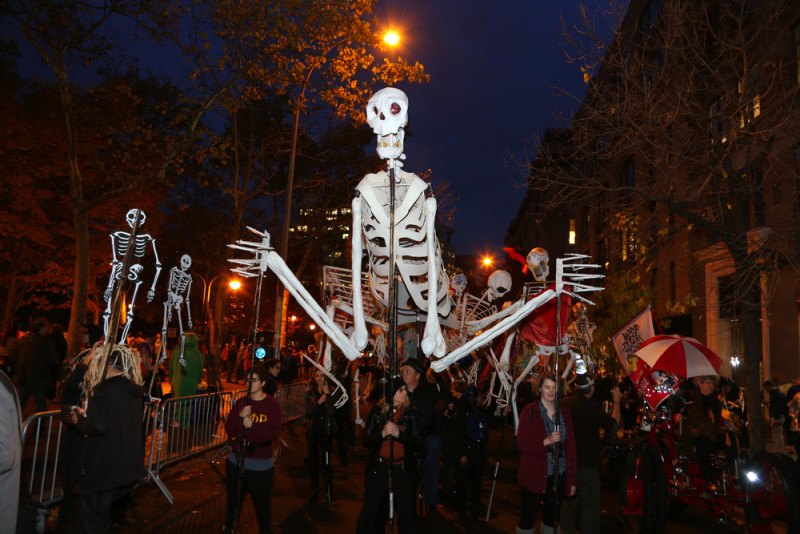 For the first time ever, Vancouver will host a downtown Halloween Parade. See the supernatural, heroes and villains from films, comics, games, sci-fi and myths join the Halloween Parade with marching bands, vehicles and floats.

Although the original organizers of the festival disbanded, they have said that the parade will continue, with another organization taking over. The original Halloween Parade takes place in the Commercial Drive ‘hood.

Parties all over the city 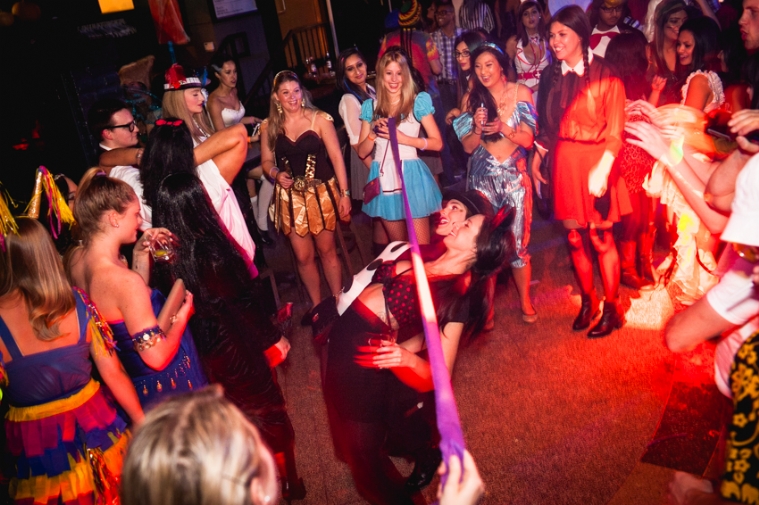 Bars and clubs all over the city get ready for Halloween

The ultimate Halloween party takes place at the PNE over two nights. Headlining on Day 1 is Martin Garrix, one of the most sought out acts in the world. The star-studded lineup doesn’t stop here as returning on the main stage will feature #1 World Hardstyle artist Headhunterz with mega house stars Madeon, Bassjackers, and Jay Hardway.

Day 2 will feature Dash Berlin‘s return to Vancouver. The Halloween extravaganza will have trance super star Audien, and the most sought out Hardstyle artist Audiofreq alongside house stars Dubvision and Mike Hawkins.

Take a tour of the city’s haunted past 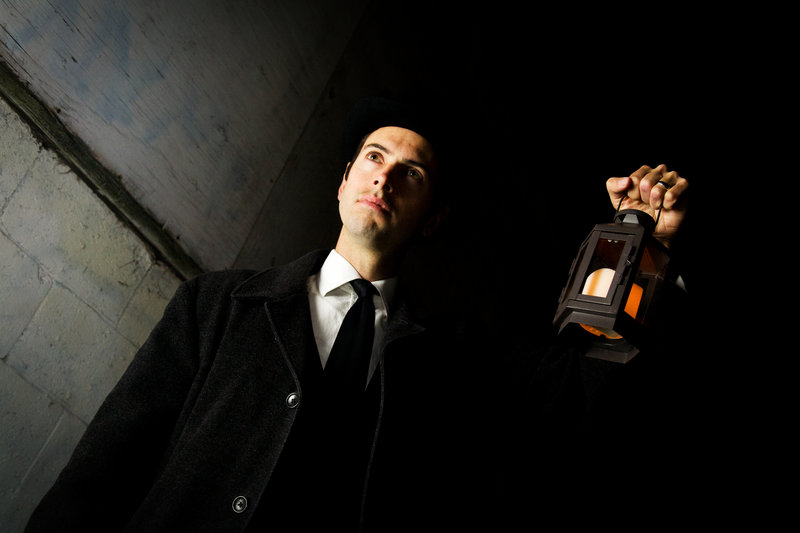 From trolley tours to late night strolls, uncover the city’s gruesome past with one of the guided tours offered.

Tour Vancouver’s eeriest haunts with the Vancouver Police Museum and Vancouver Trolley Company’s Haunted Halloween Vancouver Trolley Tour. The annual offering dares brave visitors to board a frightful trolley bus and travel through the city listening to storytellers spin tales of murder, treachery and intrigue. With a walk through Mountain View Cemetery and a chilling visit to Vancouver’s original city morgue (where more than 15,000 autopsies have been performed), this jaunt is not for the faint of heart. The 2.5-hour tour runs nightly.

Venture into Vancouver’s eeriest alleys and oldest neighbourhood on this gothic foray into the depths of Gastown. Guided by a centuries-old resident, participants relive some of the city’s most mysterious, gruesome and historic events, learning about the lives – and deaths – of notorious figures like Gassy Jack (the founder of Gastown) and John Bray (a Klondike gold prospector whose brutal murder hasn’t stopped him from haunting Gastown’s main drag).

Secrets of the Penthouse Halloween Edition

Secrets of the Penthouse is back! This Halloween, tour inside Vancouver’s most notorious venue with club owner Danny Filippone as your guide.

A 90-minute, deliciously macabre night time stroll through this National Historic Site of Canada. Suitable for attendees 17 years or older, the tour involves a costumed storyteller guiding thrill seekers through the quaint village and its misty cemetery, sharing eerie stories of the mysterious burials and old-school amputations that once took place there.

But younger adventurers, fear not: a family-friendly Grave Tales is available for youth and teens (adult supervision required for kids under 12).

Check out one of the city’s haunted hot spots 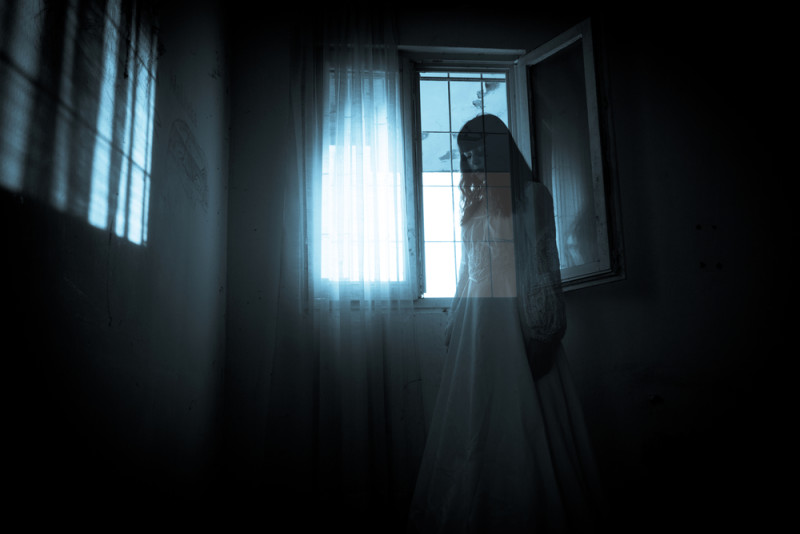 Although Vancouver is a young city, there are plenty of haunted spots in the city. Make sure to check back with us closer to Halloween as we shed light on some of the city’s haunted hot spots including the The 7 Ghosts of Hycroft Mansion and the Fairmont’s Hotel Vancouver Famous Lady in Red. 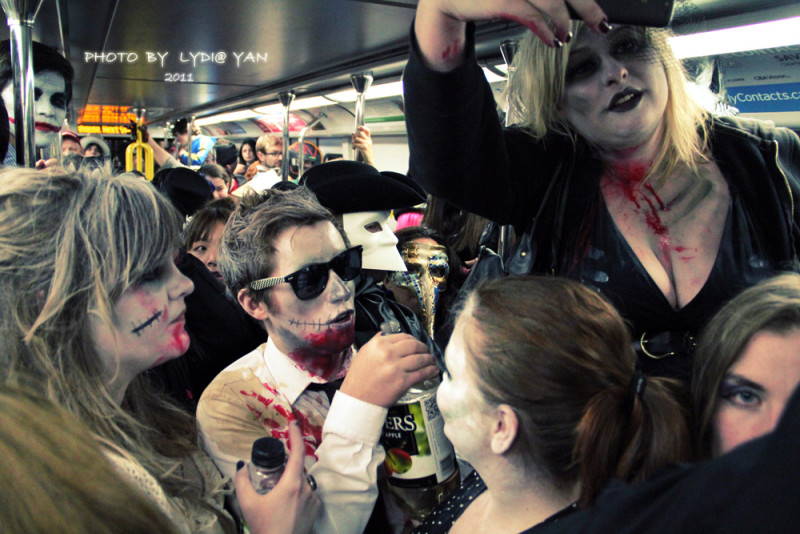 The Phrike FilmFest 72 Hour Film Competition hits Vancouver the weekend of October 10 to 13. $20,000 in prizing is up for grabs including, $5,000 for Best Film and the Grand Goblin Award. The FilmFest takes place at The Imperial on October 19.

Named for the goddess of horror from Greek mythology; PHRIKE, her spirit of trembling fear will inspire Filmmakers, Actors and Makeup Artists to compete to see who can make the Best Horror Film within 72 hours and take home the Grand Goblin Award.

Light off some fireworks

Diwali and Halloween night are two opportunies to illuminate the light in your own backyard. Last year was the first time fireworks were being set off in downtown Vancouver as well. Remember to be safe.

For the first time ever, a very popular GLOBAL ‘zombie’ event founded in 2006 is coming to Surrey. The event will also take place in Vancouver. Details:

Gillian Anderson conducts the VSO in a live performance of the soundtrack for the 1922 silent film.

Bigger, badder and bloodier, the zombies are back for another round in this hilarious camp fest, complete with the ‘splatter zone.’

An Evening with the Paranormal Society

Join the Vancouver Paranormal Society as they share their discoveries from investigations at the Historic Stewart Farm and elsewhere.