In search of an autumn weekend getaway? Nearby Kamloops offers golden mountains, glorious fall foliage, crimson rivers teeming with sockeye and a ghoulish obsession with Halloween. Just three and a half hours by car or 50 minutes by airplane, this oft-overlooked Okanagan town, which is ranked the friendliest in B.C., is the ideal fall destination. Here are 5 cool things to do in Kamloops in autumn. 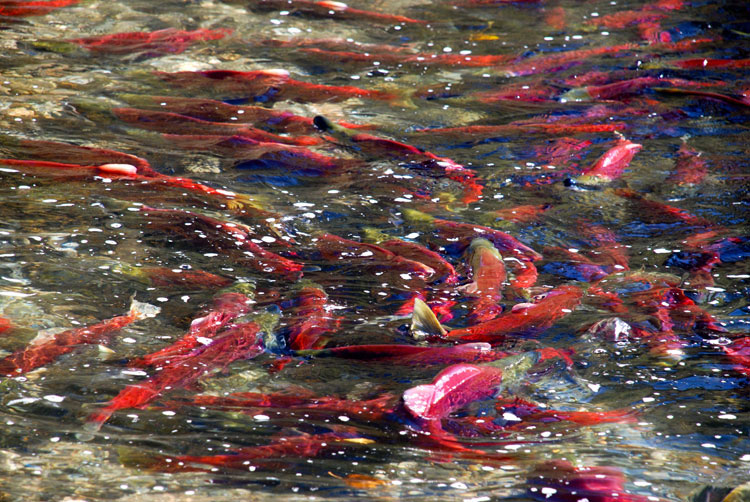 The waters of Adams River turn deep red each fall with one of nature’s greatest spectacles: three to five million sockeye finishing an epic journey from the Pacific Ocean. This is a peak year for salmon viewing – they come around about every four years, so don’t miss out. The opportunity window to catch sight of the thrashing, fish-filled waters runs from October 3 to October 26 in Roderick Haig-Brown Provincial Park. 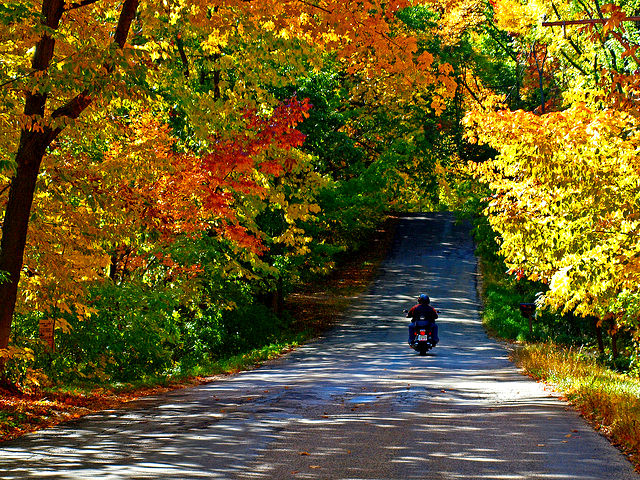 If you own a bike, you’ll want to cruise Kamloops’ quiet, winding, country roads and soak in the rugged scenery. Kamloops Motorcycle Circle Tours provide visitors with creative, self-guided itineraries including gold rush history, ranch lands, or remote wilderness. Fall is the time to bask in the warmth of vibrant foliage. Our pick for best ride? The Thompson Shuswap Explorer, a 270 kilometre route that rolls through golden rolling grasslands and lush forests, ranch land and quaint rural towns, taking you from Kamloops to Armstrong and Salmon Arm and back along Shuswap Lake, within easy striking distance of the Adams River. Don’t have two-wheels? No worries; it’s the same view from four.

Hike the wilderness + eat/drink in town 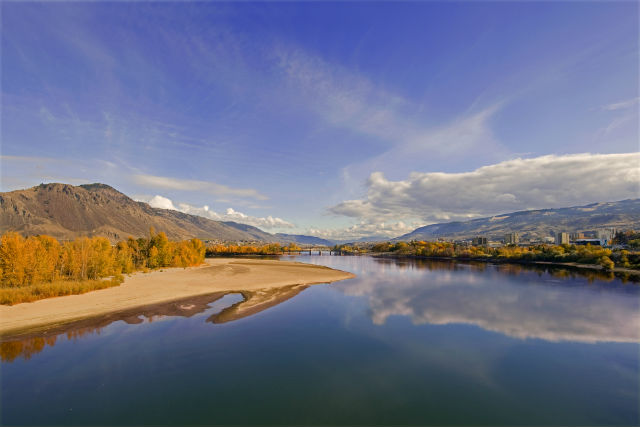 Kamloops is a relatively undiscovered outdoor playground with abundant hiking opportunities in terrain that varies from semi-arid desert to riverside trails, hundreds of lakes and lush forests of birch, poplar, spruce and ponderosa pine. Named for the Shuswap word “Tk’əmlúps,” meaning ‘meeting of the waters,’ (referring to the confluence of the North and South Thompson rivers), Kamloops excels at hikes with water views. An easy and gorgeous hike is Kamloops is the Rivers Trail, which runs along the South Thompson River with view of the city’s downtown and Riverside Park. For a greater challenge, try Lac le Jeune/Ross Moore Lake — a 25km circuit starting in the day use area of the Provincial Park. The last two kilometres before Ross Moore Lake will make you wince, but they’re worth it. 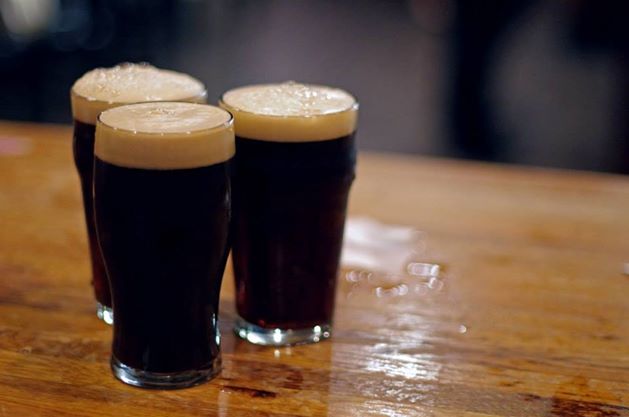 Next, refuel with fall’s harvest bounty. The Kamloops Farmers Market takes place in the city’s downtown every Wednesday and Saturday until the end of October, where several dozen vendors sell everything from organic vegetables to sausage, jam, honey and other preserves. If you prefer the farm brought to the table, unwind at the Noble Pig, the city’s only craft brewpub, and celebrate Oktoberfest with one of their specially brewed seasonal suds. Tasty accompaniments include locally-sourced charcuterie and pickled veg, as well as irresistible beer snacks such as bacon caramel popcorn.

Paddleboard under the stars 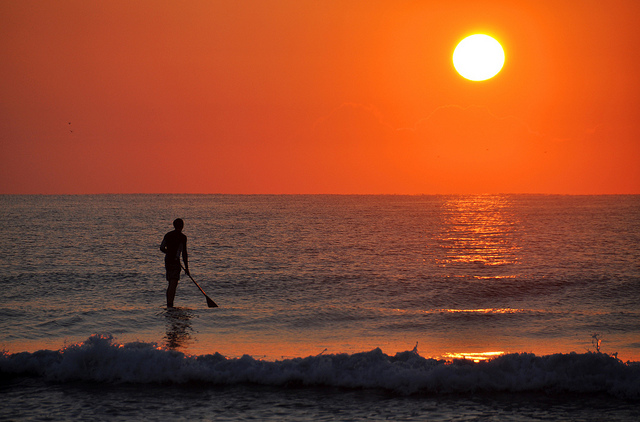 Nighttime standup paddleboarding takes the water sport to a new and might we venture SUPerb level. Paddle Surfit offers night excursions for beginners out onto the tranquil Lake Heffley. Each standup paddleboard is equipped with an LED light bar secured to the underside, which seems to envelop boarders in otherworldly light as you venture out onto the lake. Overhead, you get a clear view of millions of stars against and inky purple backdrop. It’s an intimate, surreal and truly memorable experience.

Get your fright on in Spookloops 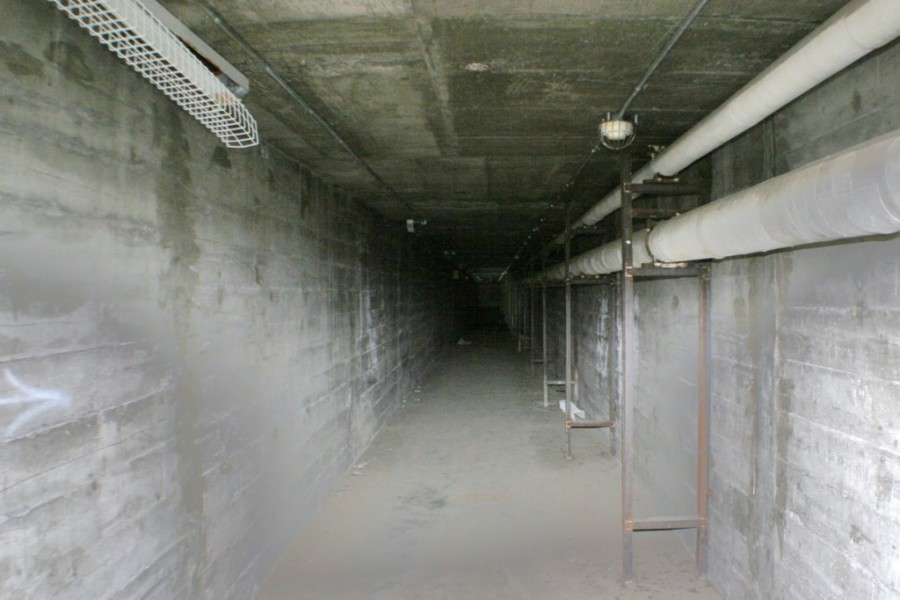 If Halloween is your favourite time of year, you’ll appreciate the effort Kamloops puts into transforming itself into Spookloops. As the darkening days of October dwindle, Kamloops will echo with the calls of ghosts, goblins and ghouls. Highlights include creepy tours of the city’s historical spots where dark deeds went down, a nighttime wander through a seemingly-endless corn maze with 10-foot-tall walls and actors emerging from the fog to pump up your adrenaline levels, and a nighttime underground visit to the network of tunnels beneath the Tranquille King Edward Sanatorium, where the ill-fated romance between a TB patient and a nurse-in-training took place in 1917.

Stay: You’ll need a place to bunk for your weekend jaunt. Browse the Kamloops vacation rentals for self-catering options. For a more pampered stay, browse the Kamloops hotel listings.
Getting there: Kamloops is three and a half hours by car or 50 minutes by plane. If you don’t have wheels, the Vancouver rideshare board regularly posts trips to Kamloops. Alternatively, Air Canada flies from YVR to Kamloops YKA.   Feature image: Tourism Kamloops/Kelly Funk