We were given a copy of Theset’s album Never Odd or Even, UD is giving it a listen as I write this. After my first listen, I had to give it another whirl and then another and another. Songs like Survive and Little One are now stuck in my head. Needless to say you should check these guys out. 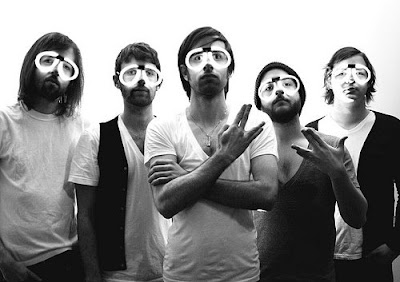 With the intention of playing one set, at one show, five west coast boys wrote one full

sets worth of material. Their name? Theset. That one successful performance realized a natural relationship that has since existed and developed into something way beyond all original intentions. Theset are now embarking on a cross Canada tour in support of their full length album Never Odd Or Even, produced by Warne Livesey (Matthew Good, Midnight Oil) and in stores January 27th. The first single ‘Survive’ inspired a video directed by Colin Minihan (State of Shock, Gob, Social Code) and was quickly added to MuchMusic.

Since the release of their debut album Philosophy of Time Travel Theset has shared stages with the likes of artists such as Metric, Sebastian Grainger, and Stutterfly. Martin Macphail (vocals), Jory MacKay (guitar), Dean Rode (bass), Elliot Carter (guitar), and Tristan Tarr (drums) are now ready to head east, playing to a February full of steady sets.


“Their newest CD release, Never Odd or Even, has proven to be worth every second it plays, and if you are interested in fresh and unique styles, Theset is definitely worth a listen.” – Portage Daily Graphic

“I can not listen to this disc passively. It involves you and you must respond.” –Moose Jaw Times Herald
VancityBuzz.com