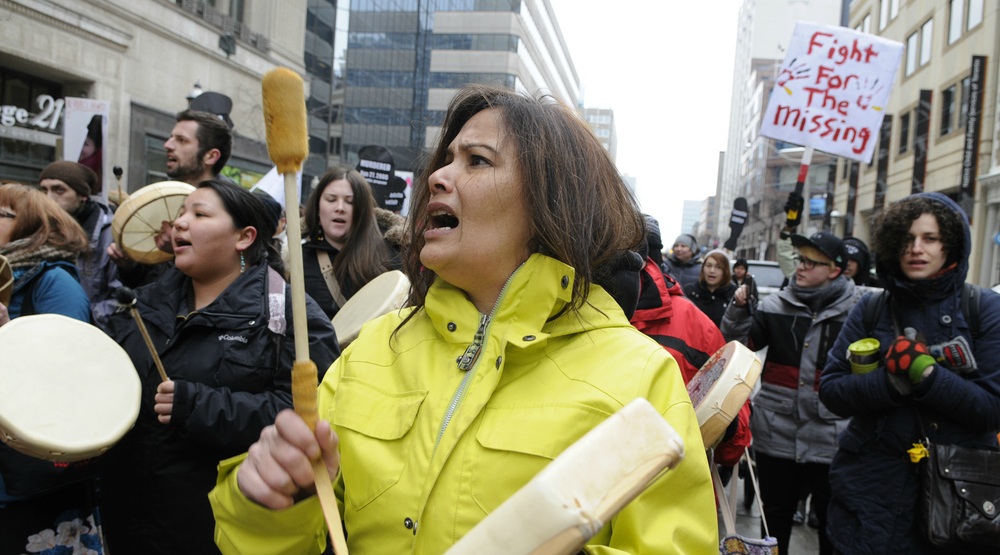 The Crown isn’t expected to make an official statement until Friday’s press conference, but a number of media sources have already confirmed that no charges are expected to be laid against six police officers who were the subject of abuse investigation in Val-d’Or.

The accusations range from police officers requesting oral sex in exchange for drugs, alcohol, or money, to officers picking up aboriginal women and dropping them off in the middle of nowhere miles from town in the dead of winter.

The allegations came to light last year after Radio-Canada’s investigative program Enquête and its report on the harrowing stories of sexual violence targeting aboriginal women in the Quebec town of Val d’Or left most Canadians reeling with shock and disgust. After the report, even more women in the small community of 32,000 came forward with allegations against the police.

An inquiry was quickly set in motion, involving 37 (not one, not two… but a whopping 37) alleged cases of police abuse that were, at the request of the provincial government, turned over to be handled by the Montreal police.

Let’s not even get into the matter of police investigating other police just yet. Let’s just take a minute to discuss the reaction of the police force after the report came out. Was it disbelief, disgust, shame, a need to clean house and get rid of the bad apples ruining the basket?

They reacted by suing Radio-Canada for airing the report and demanding $2.3 million in damages because they claim it was “biased, misleading” and its content was “inaccurate, incomplete and untrue.” They also added that they felt that the Radio-Canada report created a hostile working environment for officers in Val-d’Or.

As far as the “hostile working environment” complaint lodged by police officers, allow me to explain “hostile” to them. A hostile environment is living in a small rural community where, despite the allegations having been made public for half a year, the eight accused officers remain on duty. Imagine having the officers you’ve been abused by, and you’ve bravely come forward against policing the streets and neighbourhoods of the same town where you reside in.

Imagine coming face to face with them or living your life doing everything you can to avoid them, terrified of any reprisals. Where do you hide and how do you protect yourself from officers who clearly had no qualms about abusing you for years? Who do you turn to if the law isn’t there to protect you but to protect itself instead? Who do you trust when any allegation you make will eventually be investigated by members of the same brotherhood?

Sure, the minute a TV news show blew the lid on the story the six officers were placed on paid leave until the investigation was complete, but now that it’s completed and they’ve been found not-guilty, do they return to police the same streets and the same people who accused them of abuse?

The Quebec government did create an independent bureau last year to handle police complaints, but with 11 of its 18 members being former police officers many remain justifiably skeptical.

The fact that the file had been transferred over to the Montreal police instead of the SQ did little to assuage my concerns last year, and the conclusions only confirm my skepticism. The Montreal police department, despite repeated demands by the public, still lacks transparency in its actions, still displays clear signs of racial profiling, continues to use excessive force unreasonably and way too often, and when it’s not busy tracking journalists’ phone calls still conducts too many inquiries in the dark and insists on policing itself despite the credibility points it loses in the process.

I am thinking of those women today in Val D’Or who were brave enough to take the huge risk of speaking out against police violence, only to now see no charges laid and no justice dispensed. I am thinking of the sense of dismay they must be experiencing, the disbelief, the fear of reprisals against them and their families, and the utter resignation of feeling that, despite all the talk of reconciliation by the Trudeau government, there will be no justice for them.

If a community senses that its officers do not play by the rules, it fosters a sense of distrust and disrespect of the police department. The consequences can be far reaching and detrimental to all. And by “community” I don’t just mean the aboriginal community. I mean all of us.

For decades, aboriginal women have been dying or disappearing at an alarming rate in this country. The recently launched national inquiry into missing and murdered indigenous women has given some hope as it’s started looking into the systemic causes of violence, yet, in light of this week’s disappointing revelations, I have to question why policing and police conduct aren’t part of the topics to be discussed. If we’re not getting to the root causes of so much of this violence and mistreatment why are we even conducting it at all? To give the appearance of doing something, while doing nothing?

We don’t need pretty Band-Aid solutions anymore. We need to rip them off and expose the gaping wounds of indifference and systemic racism that have allowed these women to be treated for far too long as disposable, expendable, and undeserving of justice.

A total of 37 allegations of sexual and physical abuse may have resulted in absolutely zero charges for any of the police officers involved, but I want these women to know that I believe them. I believe them. And I know many Canadians out there who believe them, too.