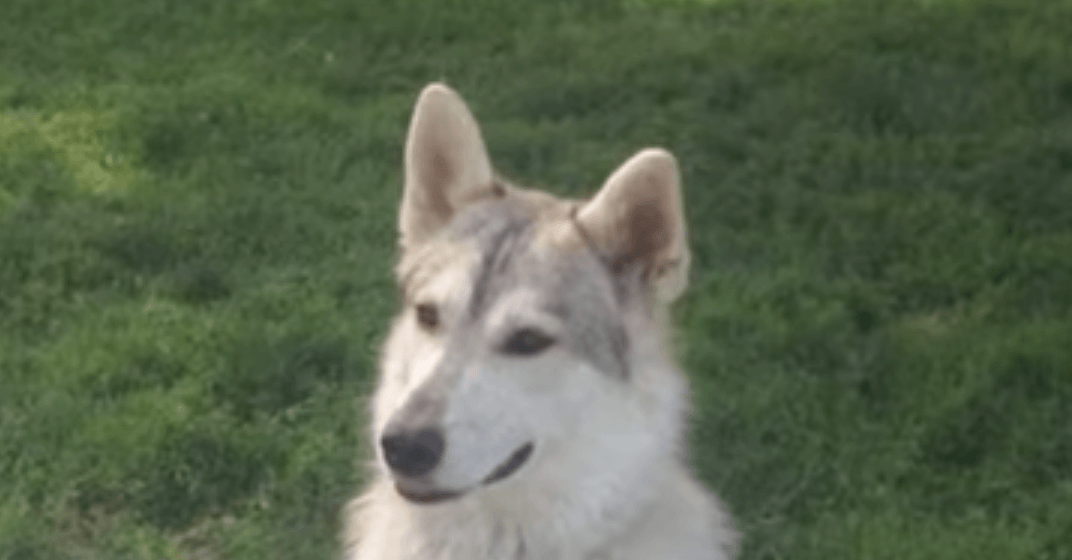 The day began like any other day for Valerie Calderoni, but it would end in tragedy.

On Tuesday morning, Calderoni, an employee at Canine Valley, a dog daycare centre  in Squamish, “took her beautiful girl” Kaoru – a rare Tamaskan breed of dog – on a hike with nine other canine companions and a fellow Canine Valley employee.

“The hike was amazing; the dogs were so well behaved, training went beautifully,”Calderoni said in a Facebook post.

As Calderoni, the dogs and her colleague were finishing the hike, she began to put leashes back on the dogs.

“We were going up a little bank onto an old forest road,” she wrote.  “I already had two dogs on the leash when I heard the bang, it was so loud, my instinct made me crouch down.”

Then she saw what happened.

“I looked, and I saw ten feet in front of me my dog shot.”

Calderoni writes that Kaoru “screamed, and looked at her wound with disbelief and then looked at me with the absolute feeling of betrayal.”

She ran towards Kaoru as her four-legged friend “stumbled down the road where she collapsed.”

Calderoni explains that she tried all she could to save her dog, but sadly to no avail.

That day, she writes, “my dog, my partner, was killed at point blank.”

Calderoni writes that dealing with the death of her dog has caused her an amount of pain that “should never be experienced by anyone, ever, for any reason.”

It was a hunter, she continues, “a trophy hunter killed my dog.”

“We could have died”

Calderoni writes that she looked the hunter in the eye and told him the only thing that could make the situation better was if the hunter never, ever, took another life again.

“What kind of human can look in a scope at such beautiful creature and murder it,” she laments in the post.

“This man took my dog’s life because he thought she was a wolf surrounded by seven other dogs and ten feet away from my teammate and me. We could have died.”

“My dog was amazing”

Kaoru was a therapy dog at Canine Valley, and Calderoni shared fond memories of her four-legged friend.

“I loved this dog; I laugh so much at her antics. I spent hours working with her and training her to be a service dog.”

Kaouru was an “unexpected joy,” she adds.

“The most beautiful thing I ever saw Kaoru do was when she was working with Autistic children,” Calderoni recalled. “These beautiful kids have episodes and would sometimes be rough with her, but Kaoru was amazing and followed her training perfectly.”

Calderoni refuses to let Kaoru’s death be in vain, though.

“I hike in that location with kids all the time,” she writes. “Could you imagine if a child had to experience that or worse if he had hit a child?”

She added that she wants to “use this intense pain to help stop this, we can take a stand, we can change things.”

Now, Calderoni has created a GoFundMe campaign, known as Kaoru’s Trail, to help achieve this goal. It includes a number of steps, some of which include:

“To say that we love our dogs is an understatement,” she wrote. “Some of us have changed our lifestyles completely to be able to enjoy the tremendous feeling of exploring the woods with a dog. My dog was amazing.”