Of all the Flappy Bird craze that has caught on after the official game was no longer available there have been a ton of similar game play alternatives available. That got boring quite fast.

However, there is an Indie Vancouver studio that in our opinion has spent the time to create a worthy alternative.

The game’s called THEO, who is a character created from one of their main title games to launch. This app doesn’t disappoint. Aside from a flicking screen that initially starts when you log into your leader board, the app is a must play alternative. 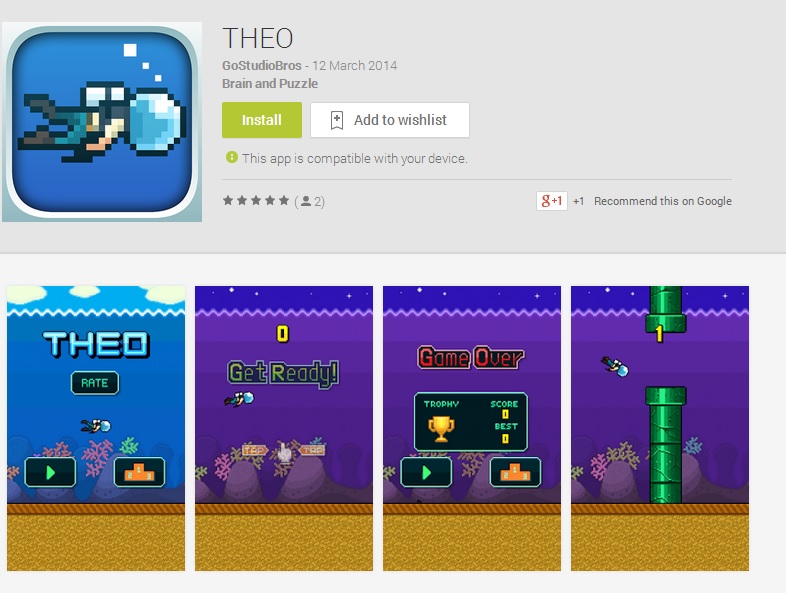 It has more obstacles than pipes, included are jelly fish as well as some sort of purple fish.

Gostudiobros did it right in taking some time out in creating something fun to play with a soundtrack that’s just as cool as the game.

To celebrate the launch of THEO, Gostudiobros is giving away a PS4 (or its cash value) to whoever has the highest score after 96 hours! To enter, you must do the following:

1. Download THEO on iOS (search for “i THEO”) or Android.