Theatre Under the Stars is throwing back to the 1960s with a colourful and joyful production of Hairspray. This tale has danced from late ’80s John Waters film to Broadway hit to 2000s Zac Efron remake, and Vancouverites will be delighting in an outdoor stage rendition packed with talent and energy all summer long.

Check out Vancity Buzz’s interview with lead actress Erin Walker, who will be lighting up the stage in her dream role of Tracey Turnblad. Don’t miss this open-air theatre tradition’s turn on a timeless story of dance, race, and chasing dreams. 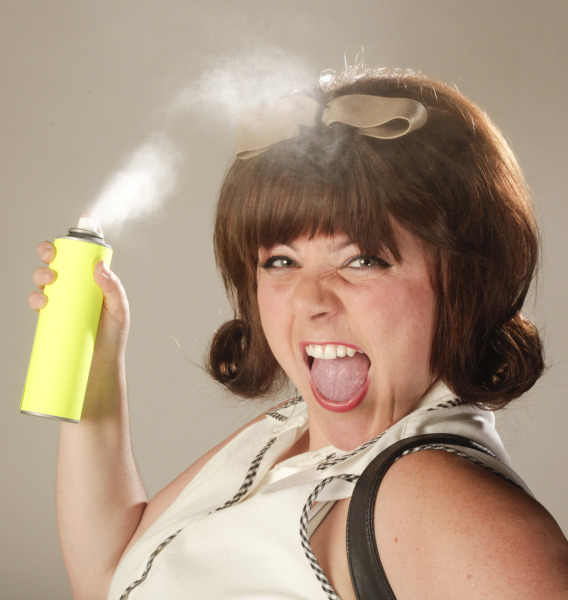 Vancity Buzz’s interview with Erin Walker, starring in the role of Tracey Turnblad in Hairspray.

How did you get started in performance as an actress?

Well, back in my hometown, in Courtenay on Vancouver Island, they had a really big theatre community there. They still do. I started in Rainbow Youth Theatre when I was 11 years old in Annie. I was one of the orphans. And after that, the director of the show kept telling me to calm down and stop directing everybody, so I know I was headed in the right direction.

My high school had a really great drama program. We had not only just drama, but we also had musical theater, script writing, directing, stage combat, technical theatre, improv classes, and dance. And I took all of those, and I helped teach a few as well. I was really lucky that way.

What was your first big stage role?

This is my first big lead role! I’ve never been a lead role before. I’ve usually been in the chorus of sort of small bit parts, usually playing the comedy roles. This is definitely my first lead role, my first time being in love on stage, and my first stage kiss too!

Why is the role of Tracey Turnblad a role you’re destined to play?

When the show first came out I was introduced in Grade 10 to it by my friend, and I fell in love with the show right away. The show is so fun, and the music is amazing. Tracey’s character is really really sweet. She’s spunky, energetic, and short, which I am too. She loves people, and she’s positive. I like to surround myself with happy people because you really get what you give in this world, and I like to be happy and all that too. I also love to dance, and if you see me at the bus stop with my headphones on, I’m always rocking out. People are honking and, like, waving at me.

I never thought I would ever get the chance to play Tracey. Growing up in my small town there’s not really a lot of ethnic diversity, but now that we’re in Vancouver as soon heard they were doing Hairspray, I was like ‘I have to audition’. I knew that I had a really good chance and I was just super excited.

First you had to go in and sing a song of your choice. I sang a song from a little princess named cult after that, if you got a call back, you came for the dance call, where Julie Tomaino, who is the choreographer, taught us a short dance to one of the songs from the show. We had to put our own character spin on it and do the dance. We had to do that about 10 times.

I got two callbacks. One of them, I had to sing with a bunch of other girls that were called back for Tracey. We had to sing and we had to do a scene with Link Larkin, who is the love interest in the show. I had another callback as well just to make sure I meshed with one of the other characters they were casting. Then when I found out I got the role I cried for ten minutes straight and had to go in the bathroom at work and told my manager to take over the floor.

How have the previous works of Hairspray, from the 1988 film to the Broadway smash hit back to the 2007 remake film, provided you with inspiration to play Tracey?

Well, when the 2007 movie came out I watched that all the time. I still do, I watched it last night actually. It’s really well done. The costumes and the makeup and everything in it totally immerses you into that ’60s feel.

The girl who plays Tracey, Nicky Blonsky, is just so totally adorable. She has this infectious energy, she’s always smiling, and you can see why everyone falls in love with her. Like Link, the boy, is very shallow, but in the end you see that he really falls in love with her heart. I’ve mostly taken inspiration from that version. I have watched a few clips from the Broadway version, but I find a lot of the Broadway Tracey’s are just so over the top. They have this weird face and voice, and it doesn’t seem very realistic to me. I’m trying to bring a little more realism to this.

The original Tracey was Ricki Lake in the 1980 movie. I haven’t seen the whole movie, but I’ve seen clips on YouTube as well. She’s definitely a big girl. She’s sassy and out there, and she knows what she wants from life, so I’m trying to take a bit of that from there. She’s a little more catty than the way I’m trying to play Tracey. I just think she’s a complete lovely girl and she just needs to exude happiness and smile all the time. So pretty much Nicky Blonsky is my idol.

For you, what’s been the most unexpected aspect of playing this role?

I’m not sure. I really expected a lot of dancing, a lot of hard work. I really did for everything that’s coming at me. Unexpected, I guess all the ensemble people all dancing like crazy and their voices sound amazing, and everyone else in the show is just so talented. I can’t believe that I get to do this! One of my biggest dream roles of my life, and I also get to do it with all these amazing people, and everyone is so positive. It’s just crazy!

What’s been your greatest challenge?

My legs are falling off, though, from the dancing. It’s really hard. I’m not a dancer per se. I’ve taken dance at school, but that’s definitely been a challenge for sure. I knew it would be, but it’s living up to what I expected. I do a lot of dancing in the show, but i don’t do a lot of crazy dancing in the show, like kicks, flips and jumps like the real dancers do. I just can’t believe they’re alive at the end of the day.

Have there been previous roles in your performance career that have prepared you for this role?

What are some of the most relevant themes of Hairspray, which takes place in the ’60s, related to the present day?

One of the biggest themes I think is definitely about being big. Tracey has always been a big girl her whole life. Back in the day, like way back in the day, a big woman meant that she was rich and well fed and she was able to bear children. But now when people see big women, it’s seen as ugly. But it’s good now that there’s a big rise in plus sized models and plus sized actresses and really embracing positive body image.

I’ve never been skinny per se. I’ve always been a little, I would say, soft. But Tracey’s a big girl, so I’ve been eating anything i want all summer. The best bikini diet I’ve ever done! I have gained about 15 pounds, I haven’t actually checked on the scale because I don’t really care, for the role. But I actually feel great being able to play the role and embracing Tracey. She doesn’t care what she looks like. She just wants to dance, and she just wants to have good time and enjoy life.

What’s your advice for young women like Tracey Turnblad who seek fame and success in the performing arts?

For Tracey, fame is not all it’s cracked up to be. She does end up getting fame and then she goes on TV, and once she gets there she realizes that just because she’s on TV isn’t going to make a big difference. I’ve auditioned for shows since I was 11 years old, and I’ve never been a lead role before. Finally here I am at 26, so just keep going. One day it will happen. It is quite hard on you. The rejection is a big thing, it’s a way of life. You can go to 20 auditions in a year and only book one thing, or book nothing even. It’s hard, but you’ve got to keep practicing and keep positive. I really think everybody’s got a role they’re meant to play, and I’m not ashamed to say this is mine.