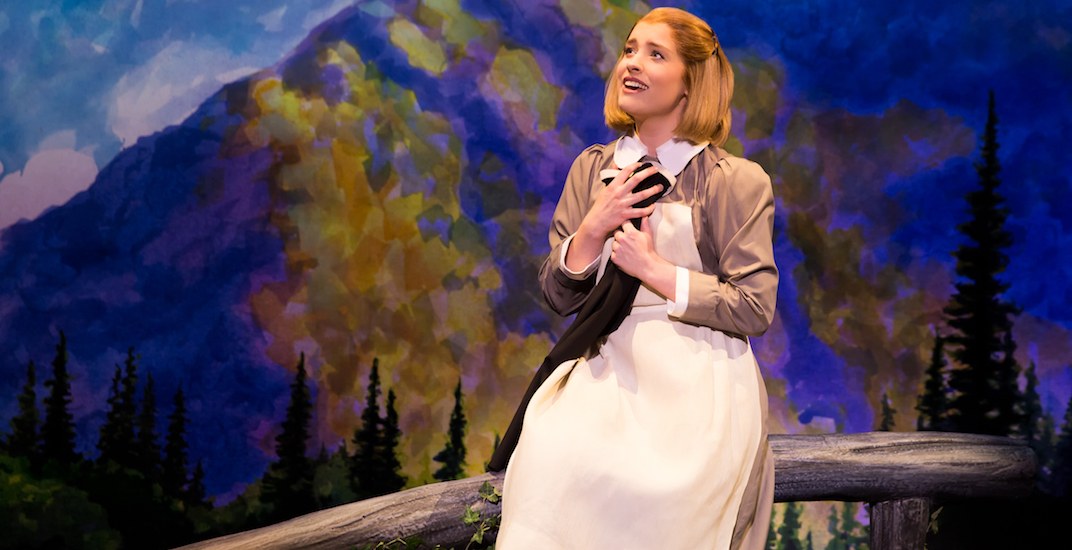 Some audiences may head to the Queen Elizabeth Theatre expecting The Sound of Music to simply be a delightful family musical.

After all, the show originally opened on Broadway in 1959 and the movie version featured Julie Andrews frolicking in the hills while singing Richard Rogers and Oscar Hammerstein’s famous score.

But what you actually get from Broadway Across Canada’s version is an extremely powerful commentary on hope, humanity and the inner strength to do what is right, no matter the road ahead.

It’s a timeless message that still holds significant relevance today, as people around the world flee countries and communities on a daily basis, simply for the chance to live their lives.

The plot of the Tony-Award winning musical sees young aspiring nun, Maria (Jill-Christine Wiley), asked to leave her church by The Mother Abbess (Lauren Kidwell). Maria is encouraged to explore more of the world around her, before committing to a life of nunnery. She is assigned to serve as governess to the von Trapp children – seven kids of respected Navy leader, Captain Georg von Trapp (Mike McLean).

Devastated by the death of his wife, Captain von Trapp runs a strict household where music and any sense of fun is forbidden. Before long, Maria has won over hearts of the children – as well as the heart of Captain von Trapp.

But the story isn’t as sugary as it sounds. This all happens in Austria at the brink of World War II. Nazi Germany is on the rise, about to overtake the country and all who stands in Hitler’s way. We meet likeable characters at the start of the show who will join the Nazis. And we also see characters such as the sophisticated initial love interest of Captain von Trapp, Elsa (Melissa McKamie) and family friend, Max (Jake Mills) sing “No Way to Stop it”, which basically says that as a wealthy white person in those times, it was best to sit back and let the Nazis do their thing.

Most importantly, we also see characters who never waver for a second when it comes to maintaining their integrity, no matter the costs. The show’s message of believing in yourself and fighting to create your own destiny is captured by the thrilling rendition of “Climb Every Mountain” by powerhouse Lauren Kidwell in the role of Mother Abbess.

Jill-Christine Wiley’s Maria is quirky and fun, but always genuine. She shows off her crystal-clear soprano voice near the start of the show, with the title song. Throughout the show, she shows excellent character development as she adjusts to her new path in life, notably showing eloquence and maturity as her relationship with Captain von Trapp deepens.

Mike McLean’s handsome young version of Captain von Trapp is a departure from the old-man-version often seen in other productions. McLean’s calm and calculated mannerisms makes for tender moments with his family onstage. Plus, his robust singing voice is versatile enough to lovingly deliver sweet and gentle musical numbers such as “Edelweiss”. 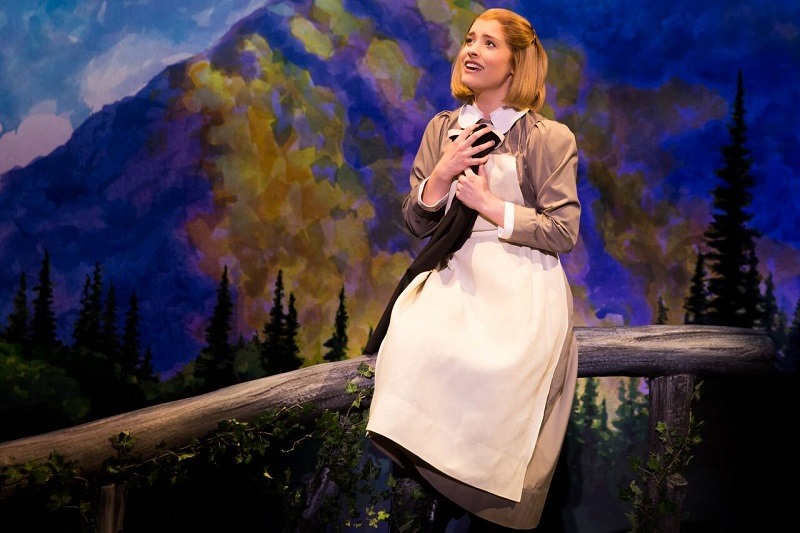 There’s even some fun teenage romance in the show. Kelsie Ward and Chad P. Campbell are adorable as the eldest von Trapp child and her telegram delivery boy. Their duet “Sixteen Going On Seventeen” is a wonderful homage to the innocence of youth, the restlessness of young adulthood, and of course, adolescent hormones.

Ward leads six other young performers in the roles of the von Trapp children. Portraying the ages of five to 16, these young triple threat performers (five girls and two boys), do an outstanding job delivering crowd-pleasing musical numbers such as “Do-Re-Mi” and “So Long, Farewell”. But in addition to their on pointe singing and energetic stage presence, they also bring their individual characters to life and capture the growth their characters experience during the fateful summer this show is set in.

The Sound of Music is a full theatrical experience enhanced by magnificent sets, lighting and costumes. The set design, featuring automated set pieces, utilize the Queen Elizabeth Theatre’s spacious stage to give a cinematic quality to the show, continually drawing the action from one end to the next. The magnificent von Trapp living room, with it’s sky-high windows revealing the sweeping Austrian Alps is the perfect backdrop for a story that seems sweet and wholesome on the outside, but deep and compelling under its facade.

Broadway Across Canada’s The Sound of Music dives deeper than discussing injustices and inequality. It examines the willingness we have to stick to our integrity, in light of how easy it may be sometimes to turn a blind eye and choose the easy path. It shows how hate can overtake communities, but at the same time how the rest of society can rise up and take a stand, as recently shown by the counter rally against racism at Vancouver City Hall.

The Sound of Music’s message is a timeless one that I hope never stops singing.