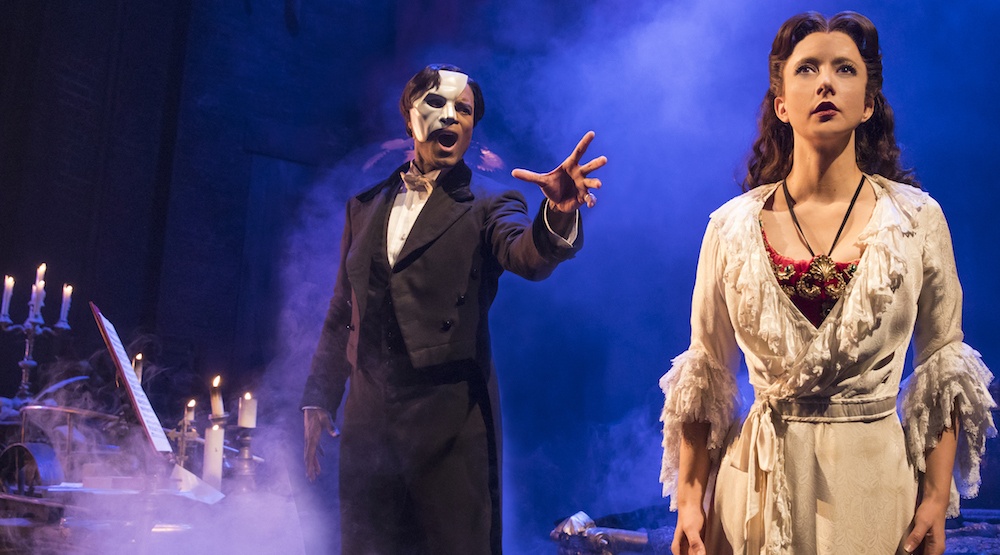 The Phantom of the Opera opened last weekend at the Queen Elizabeth Theatre, marking the beginning of a two-week stay in Vancouver. The new production features reinvented staging, major pyrotechnics, and a full-sized glittering chandelier.

With all of the upgrades, how does this Phantom live up to the hype?

When seeing something as iconic as Phantom on stage, you’re also reliving echoes of past productions within the show’s 29-year history.

Maybe it’s the unforgettable original soundtrack with Sarah Brightman and Michael Crawford, or perhaps the countless actors who’ve taken on the roles since then. Or, you might be more inclined towards the upgraded visuals in 2004’s major movie adaptation.

Given the weight of its predecessors, each Phantom must bring something new to the table, in order to become truly unforgettable.

In this case, the stage stole the show. 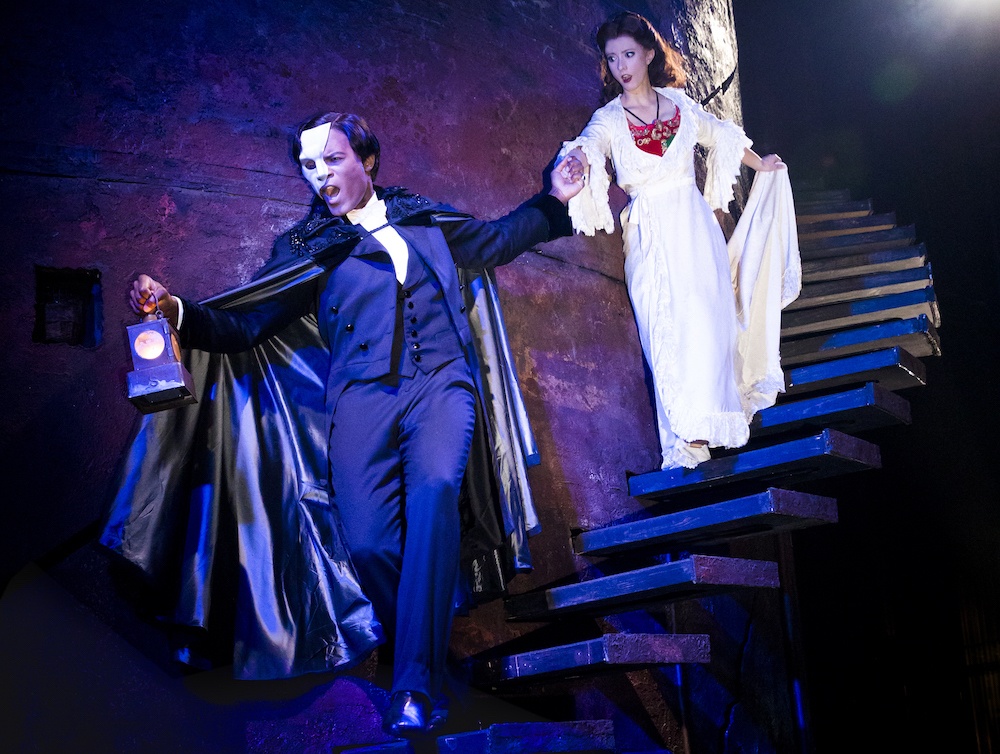 The life-size chandelier makes a great first impression, but most striking is the fully mechanized centre stage. Constantly revealing distinct places within and without the opera house, the ever-revolving dollhouse of stages makes mundane set changes a thrill to watch. Especially laudable are the disappearing steps that mark the descent into the Phantom’s secret lair.

The cast is competent for the most part, without any particular standouts. Katie Travis handles the demanding soprano range well, but her Christine becomes increasingly mellow and diminished by the end of Act II. 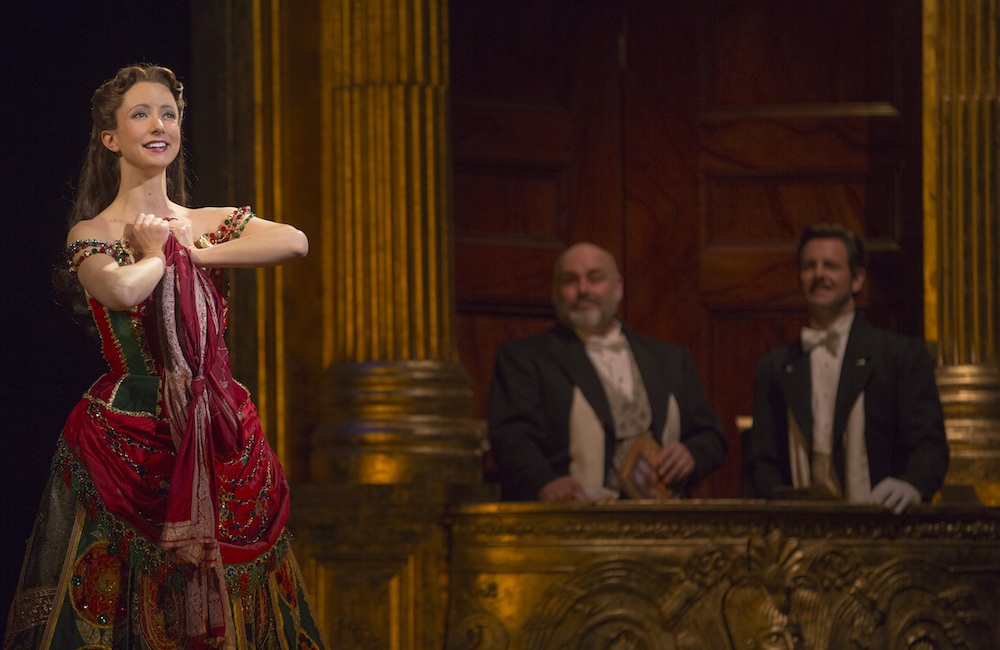 It’s not quite a match for Derrick Davis’ Phantom, whose on-stage presence and rough, growling vocals frequently overpowered the other two leads. The performance recalls Gerald Butler’s physically dominating take on Phantom in the 2004 movie. Now, complete with Davis’ well-trained voice on hand, the approach does justice to the role.

The most unbalanced part of the trio is clearly Jordan Craig as Raoul, who opts for an unchecked vibrato that makes the original melody all but unrecognizable. Artistic expression aside, it just doesn’t work. The misstep is especially grave on powerhouse ballads like “All I Ask of You”, where the voices of the two young lovers are supposed blend together, not clash.

It’s always been a bit of a stretch to see Raoul as a credible suitor against Phantom, and this production only served to widen the gap. 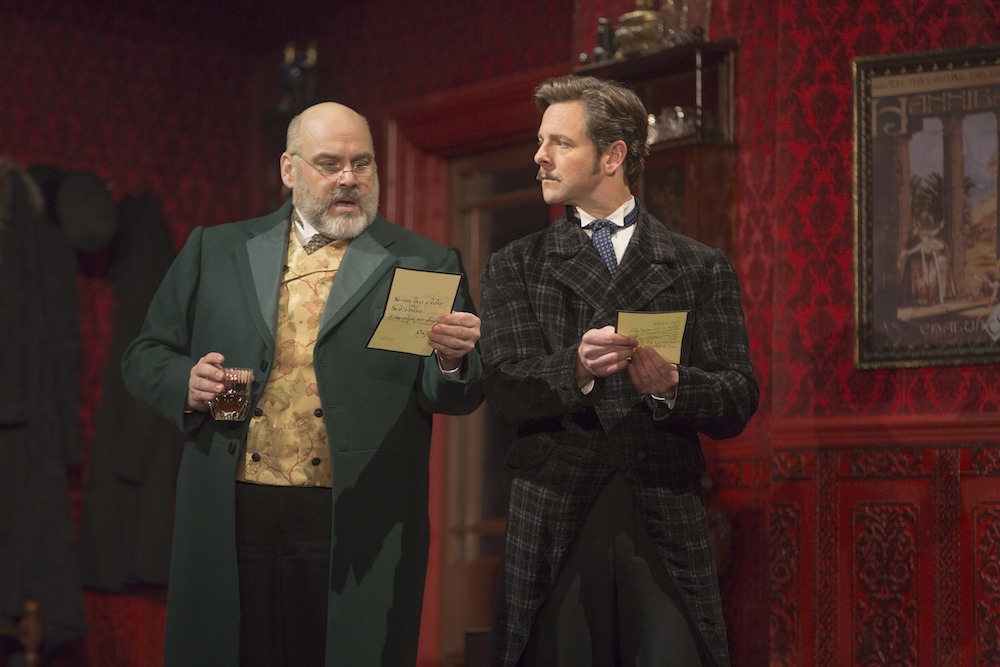 New opera house co-managers Firmin (David Benoit) and André (Edward Staudenmayer) and are funnier than I remember, and temporarily lift the mood with a few laugh-out-loud moments. Trista Moldovan plays the over-the-top Carlotta faithfully to the hilt, and the rest of the supporting cast are just as well-acquitted.

The band was excellent, with all of the 80s guitar riffs and synths you could ever want. Sound mixing on opening night, however, didn’t match up. It became hard to hear many of the spoken lines, especially when there was any musical accomplishment taking place. The audio mix was even more disastrous when it came to overlapping harmonies, especially on simple songs like Christine and best friend Meg’s (Emily Ramirez) “Angel of Music”.

For all of the technical prowess on stage, the audio portion of this production was surprisingly not up to par. 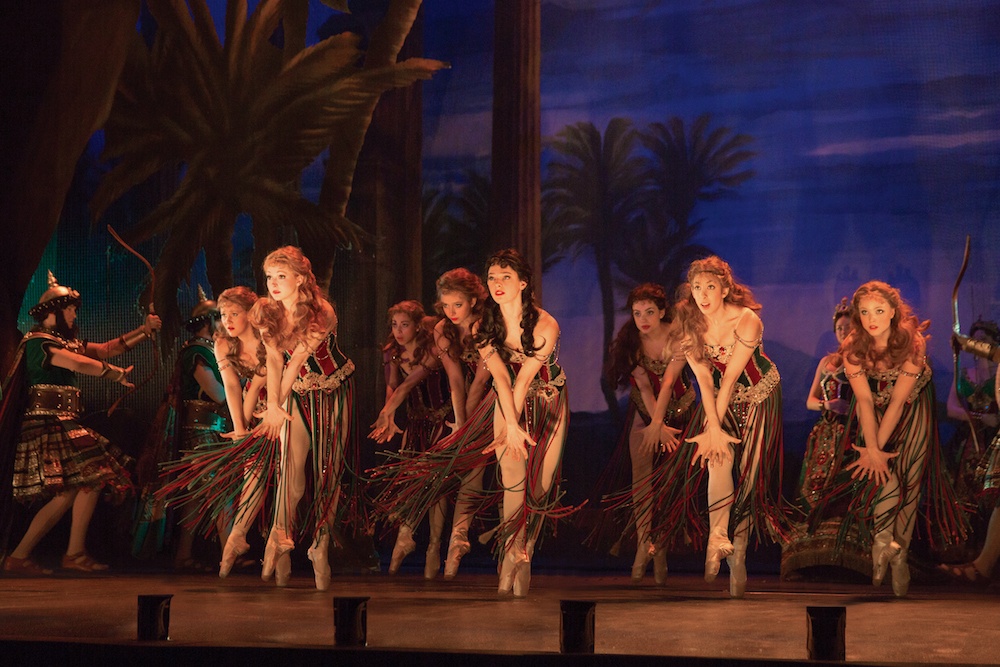 Another artistic choice that felt out of place was the breakneck pace of the entire production. Frequently, actors were singing almost on top of each other, with little room for pause. Songs like “The Point of No Return” seemed like they were constantly on fast-forward, and thus robbed Phantom’s climax of most of its emotional payoff.

I get it, Phantom is one long show. Even with the cut musical corners, the runtime clocked in at two hours and thirty minutes, not including a 20-minute intermission. But for many of the production’s most memorable lines to land, reflective silence is just as important as the notes.

The redesigned stage is clearly the master of this Phantom of the Opera, and almost makes up for the production’s shortcomings.