Murder Ballad is a contemporary musical set in New York about a love triangle gone wrong (don’t they all?). Party girl Sara (Amy Gartner) has just broken up with her bartender boyfriend Tom (Matt Briard) when she bumps into Michael, an academic and poet from NYU (Riley Qualitieri). The Narrator (Cecilly Day) guides us through their romance, from proposal to marriage to the birth of their baby daughter.

But the storybook life begins to fall apart and Sara finds comfort in the arms of a familiar lover. With Tom there is no arguments about little Frankie’s education, only steamy sex on the bar counter. When Michael inevitably finds out, he unleashes his anger first on Sara, and then on the bartender. But Tom has kept his flame for Sara burning all these years, and now that he’s got her back, he’s not going to let her go without a fight.

Fighting Chance found the perfect venue for Murder Ballad in Vancouver Odd Fellows Lounge. The bar setting had the audience seated around a pool table that doubled as a bed, and the dimly lit ambiance only added to the character of the play, as if viewers were truly in on the dirty secrets. 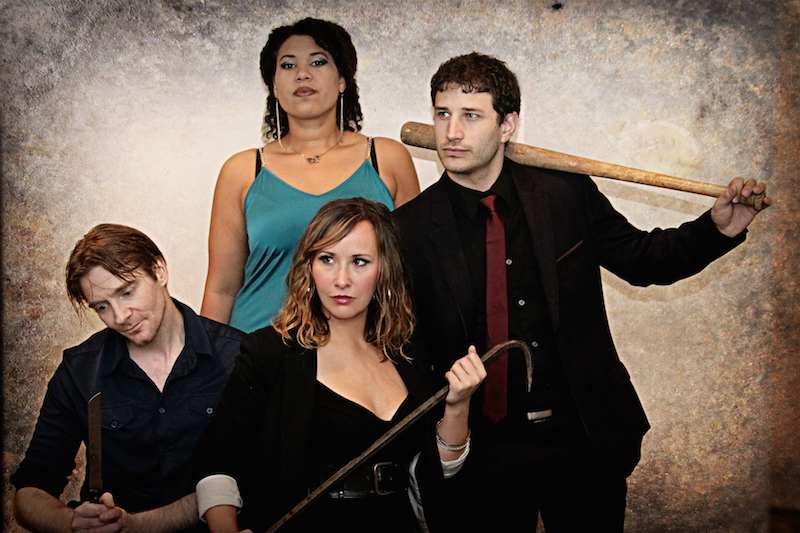 The cast of Murder Ballad were uniformly excellent, singing and moving without intermission or spoken dialogue for almost ninety minutes. Gartner, Briard, and Qualitieri each have their powerhouse moments in the spotlight, and Day keeps the story moving as the seductive Narrator. The intimate space led to a few moments where the singers were drowned out by the band, but nothing too detracting.

Director Ryan Mooney has done a great job bringing this off-Broadway hit to Vancouver. Its rocking, sexy nature is the perfect show to warm up a winter night.