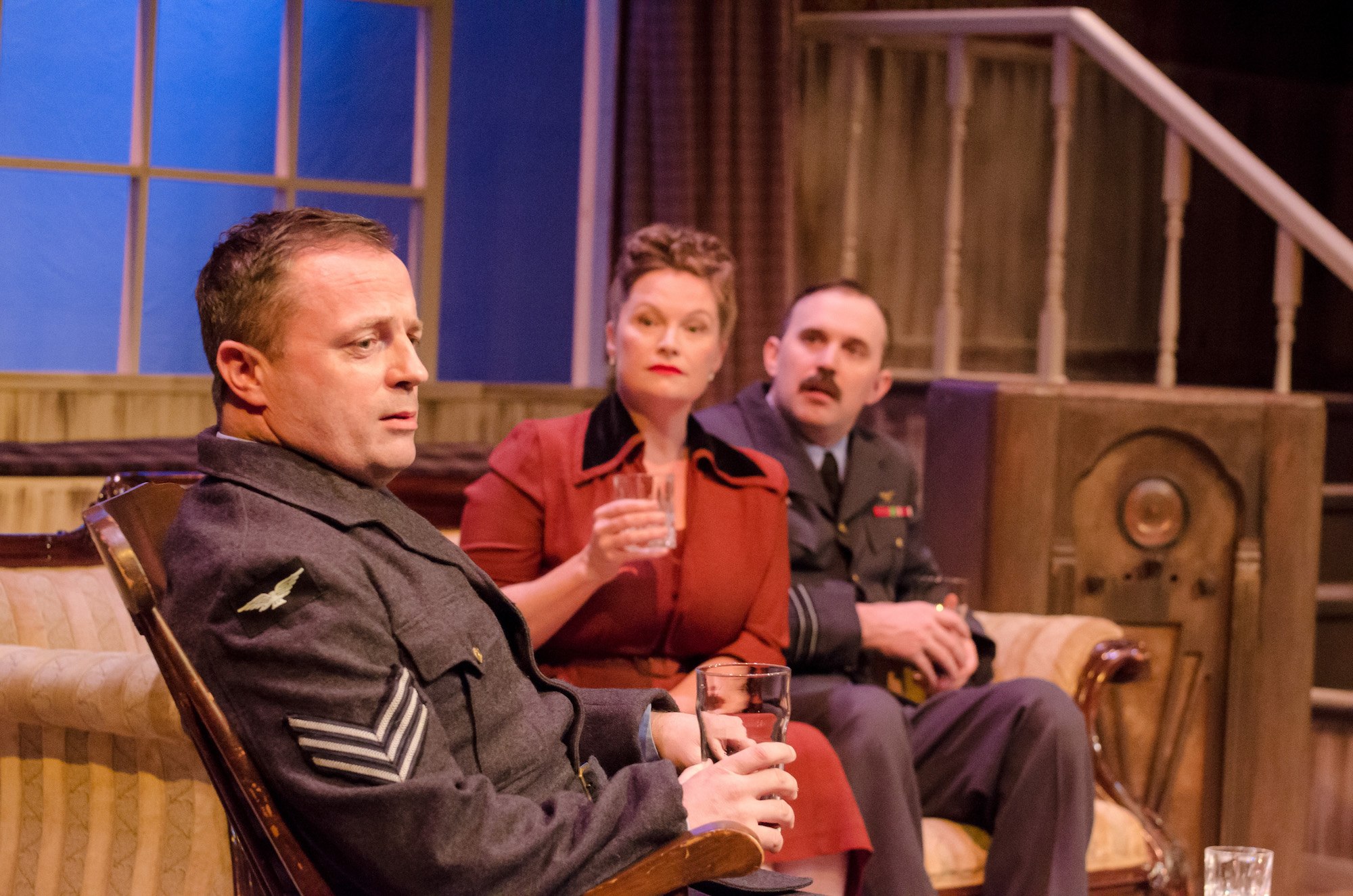 Unless you’re someone who gets panicked by the call, “The Germans are coming!” Flare Path might seem like an odd play selection.

Slamming Door Artist Collective’s most recent endeavour is set and written in WWII-era Britain and the production pulled out all the stops to put the audience there. Accurate costume design and a full range of proper accents from actors made sure we couldn’t forget about where – and when – we were.

But while the execution of these elements was well done, it made me feel as though I was listening to an inside joke I wasn’t meant to hear. That distancing effect had to do with how different the text was from modern reality. 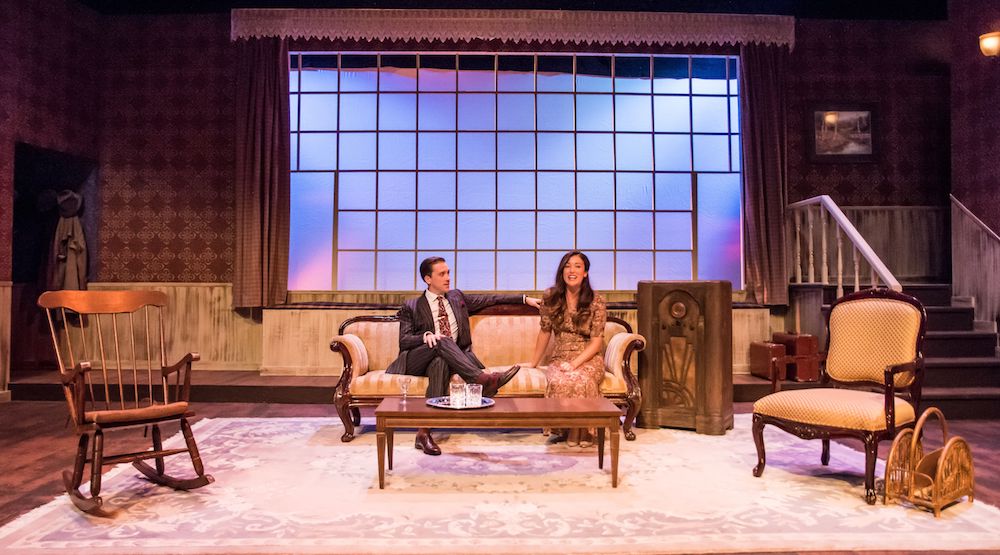 Flare Path tracks film star Peter Kyle’s seemingly innocuous arrival at a hotel just outside an English airforce base. The audience enjoys watching each citizen have their encounter with a real-life celebrity until the real reason for his visit, Patricia Graham, shows up. The play follows their complicated relationship and the circumstances surrounding the war, including the fear of losing husbands and love itself.

The biggest difficulty I had with the production was how irrelevant it all felt. The script was full of sentimental and important moments in which characters talked about flying planes or sitting around the radio and waiting for news to break. In 1941, these moments probably felt close, intimate and relatable, but in 2016, I felt indifferent to the whole scenario. I imagine the play felt very different when you weren’t sure how the war was going to end.

The execution of the play was sufficient to suspend my disbelief for the duration, but it wasn’t enough to lift me out of my disconnection. Set and costume design were highly appropriate for the time period and created a very clear fourth wall for the audience to peer through. But, by presenting the show through the frame of realism, it didn’t give the opportunity for the audience to interpret the text as anything other than its face value. 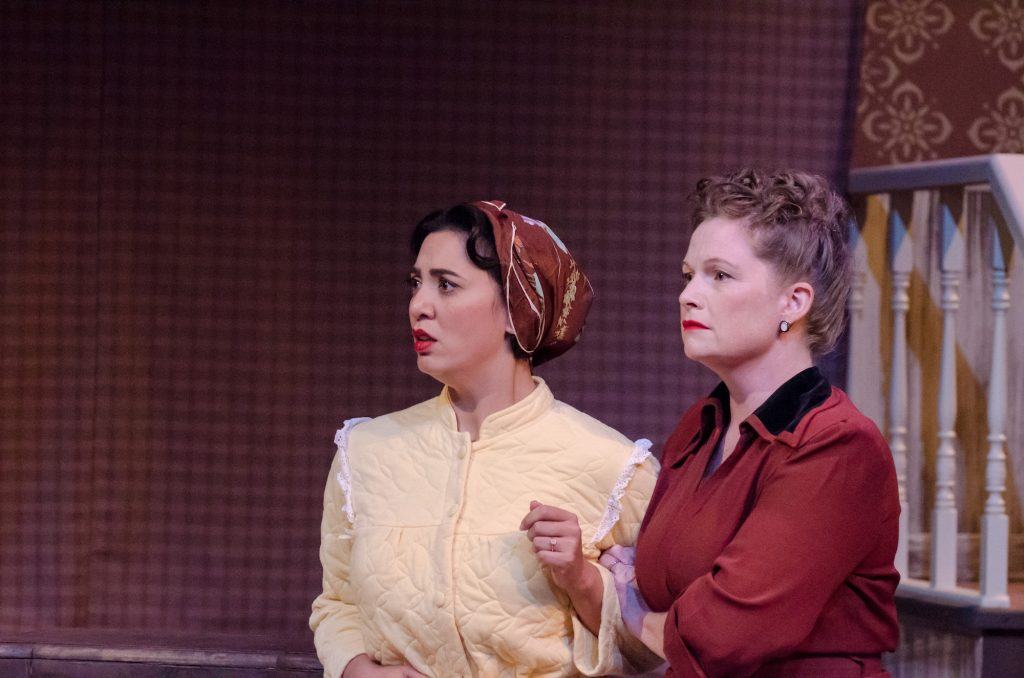 To be clear, most of the audience enjoyed the the wartime drama. There were laughs and sighs at appropriate moments, but rather than bring me in, the audience somehow made me feel further away. Even as the show progressed and performances became stronger, I still was left feeling as though I just wasn’t picking up what the ensemble was putting down.

Performances from the whole cast felt earnest, even when the script leaned towards melodrama or farce. This rarely brought the emotional honesty of the actors into question, nothing in the design felt flimsy or poorly made and even when the pacing felt a little clunky, it still found its way back to earning the audience’s focus.

I’m not claiming that any play written in a different context than my own isn’t worth performing. Plays from all time periods can contain nuggets of human struggle – it’s why Shakespeare keeps getting his own festivals. For me though, Flare Path feels so specific to a zeitgeist that it is out of reach for a lot of people. If you or your family was close to it, I can see why it’s great, but that leaves the rest of us sitting, wondering what it’s like to be part of something.