Espresso was originally mounted just over 10 years ago at Pacific Theatre and was a smash hit. Written by and starring Lucia Frangione, it is a beautiful, funny and touching story of a family pulled together and torn apart by grief. 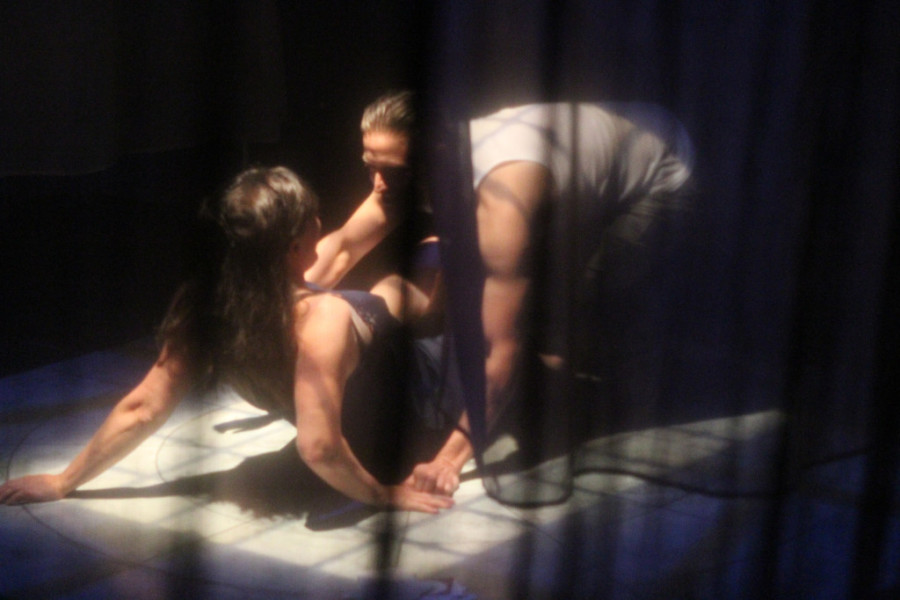 Through Rosa’s story we hear about the end of her relationship with her fiancé Tony, who her father Vito thought of as his son; her move away from her family and the resulting wall she erects to keep them out. We follow her journey of confusion and self-discovery with the other-wordly Amante, played by Robert Salvadore. We hear of her love and anger towards her father and her second-guessing at coming back into the family fold.

In an early scene we are introduced to Rosa’s (very large) extended family- Frangione and Salvador introduce each character so fast it will make your head spin. The two actors play each role in the show, sharing the parts between them and it works gloriously, adding layers of insight to a rich script. Eventually the play settles on focusing on Rosa, her Nona and namesake Rosa, and her father Vito’s second wife, Cinzella.

There is so much humor in the bickering between Nona Rosa and Cinzella, adding a dose of hilarity to the proceedings. The character of Cinzella herself has such swagger she could be a one-woman-show. No stone is left unturned, and the full extent of each character’s depth is revealed throughout the production, Nona’s lost sexuality (in an amusing and tender scene where she meets Amante), Cinzella’s love for her husband Vito and deeply buried respect for Nona.

Frangione brings a grounded sincerity, humour and openness to her work. I was blown away by her ability to show such vulnerability in Rosa, and being able to flip to the brash Cinzella without a moment’s notice. Salvador is a strong counterpoint to Frangione, keeping the show grounded as the sensual Amante, taking on various roles in Rosa’s family and playing a young female grief counselor who is a deer caught in headlights once she realizes what she has walked into when she meets the three women. 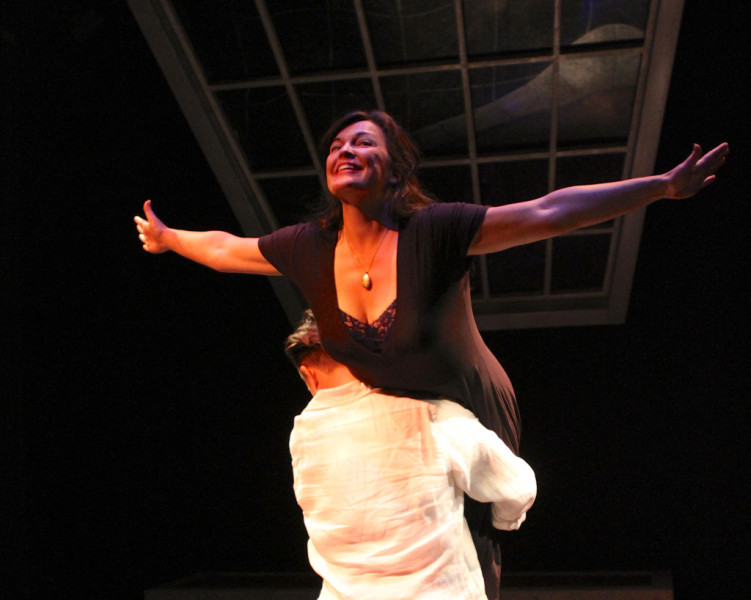 Shows about families, grief and death can sometimes become cliché, and this one never does; keeping the audience on tenterhooks from start to finish. Frangione’s script is beautifully poetic, mesmerizing in its tone, both touching in it’s quiet moments and intense, driving the story forward like a freight train. At times Rosa breaks the fourth wall and tells us in the audience; this is ‘her story’; and as such we see the entire journey through her eyes. I don’t think it is possible for me to put into words how good this show really is.

There’s a reason ‘Espresso’ is back after 10 years- it’s still on fire.

Playing May 16-June 14 Wednesday – Saturday at 8pm with 2pm matinee on Saturdays and on Thursday, May 22nd at Pacific Theatre, 1440 W 12th Ave. For tickets visit pacifictheatre.org.