Like the science project the production is named after, The Effect of Gamma Rays on Man-in-the-Moon Marigolds is about mutation. A beautiful mutation that challenges an introspective, intelligent girl to survive inside her troubled family.

The play, written by Paul Zindel in 1964 and winner of the 1971 Pulitzer Prize, tells the story of Beatrice and her two daughters, the bookish Tillie and the tempestuous Ruth, who live in a converted vegetable shop that has become their sordid apartment. Beatrice spends her days stomping about in her housecoat, blathering about her failed hopes and dreams while she earns $50 a week as a babysitter for the elderly. Her current guest is an unresponsive woman known as Nanny, who is the recipient of Beatrice’s vicious sarcasm — venom mild in comparison to what she administers to her daughters.

Director Chris Lam, with his Redcurrant/Marigolds Collective, takes Zindel’s drama and places it in Vancouver’s Chinatown, creating a sense of familiarity both for the audience and for himself, in reference to his own upbringing. It translates well, especially since the play itself is physically performed in Chinatown, at the Skylight Gallery — an open, non-traditional space where the audience sits around the edges of the set and, in turn, become a part of the scenes. It’s an immersive, intense, and totally engrossing mechanism, as if we’re peeking in on neighbours and witnessing something we’re not really supposed to. 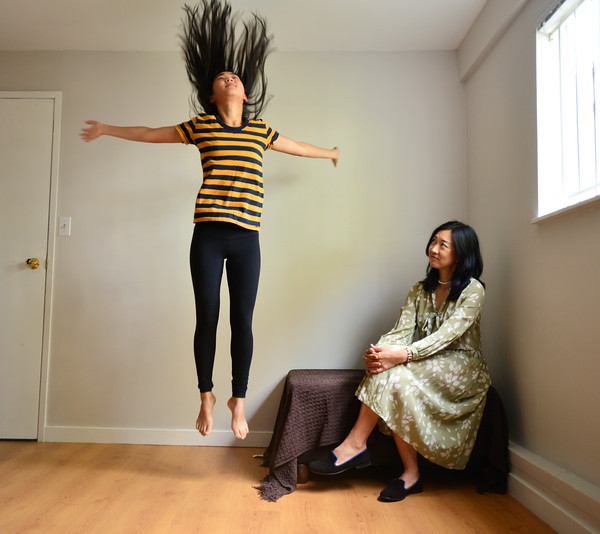 Just minutes into the play and Beatrice, portrayed commandingly by Laara Ong, has already called her youngest daughter, Tillie, sick, strange, and a burden. Tillie is often forced to stay home from school to do her mother’s bidding, but she’s found a light at the end of the dark tunnel: her science fair project. Her experiment shows how radiation may kill growing marigolds, but it may also cause the flowers to bloom even more beautifully. This becomes a metaphor for Tillie’s own life as she struggles to thrive in a household drenched with hate.

Julie Leung’s quiet, focused depiction of Tillie is the perfect contrast to Ong’s vehement, embittered Beatrice — each powerful in their own ways, both struggling to find themselves. In the midst of it all is mercurial older sister Ruth, played by Lissa Neptuno, who challenges her mother by being both friend to her sister and the more favored daughter, if one even exists. The effect of a harsh environment has taken a toll on Ruth, who has rollercoaster emotions and frequent epileptic fits. Neptuno’s performance is sharp and her seizures are frighteningly realistic.

As Tillie begins to rise as a finalist in the science fair she eventually wins, Beatrice starts to unravel to her tormented core. She hasn’t had an easy childhood either and we sympathize with her. However, after hearing a taunt from her schooldays, sympathy is soon overshadowed by the sequence of terrible acts that follow in Beatrice’s pivotal moment of despair. She refuses to accompany Tillie to the finals, the most important moment of her young life; she arranges to get rid of Nanny (Lynda Yee Shioya), once and for all; and, worst of all, she kills the family pet rabbit with chloroform. She was bullied, now she bullies her own children. So the cycle goes. 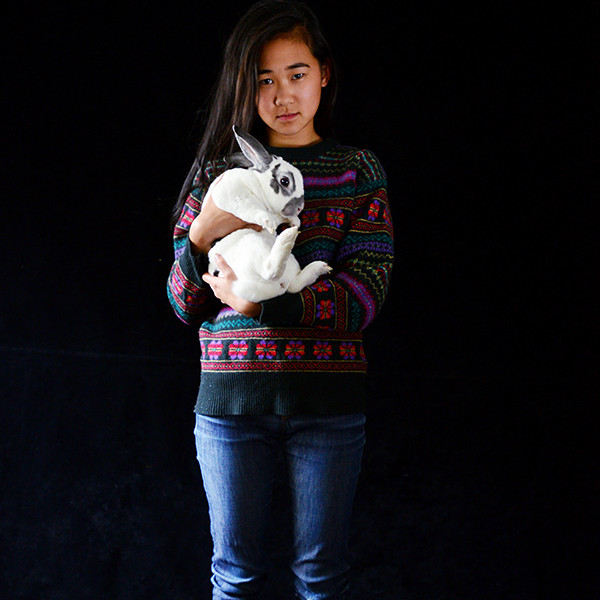 Lam’s direction of The Effect of Gamma Rays on Man-in-the-Moon Marigolds is profound. He’s breathed a new life into Zindel’s classic, one that combines social and economic issues alongside the soul-crushing struggle for survival. The actors execute the drama strikingly through their strong performances, which impressively never falter within the Skylight Gallery’s intimate quarters. And then, in the midst of the chaos, there’s Tillie — a lover of atoms and believer in the effect of gamma rays on man-in-the-moon marigolds, who exists as a symbol of hope to remind us that sometimes, despite it all, beauty can still blossom.

The Effect of Gamma Rays on Man-in-the-Moon Marigolds