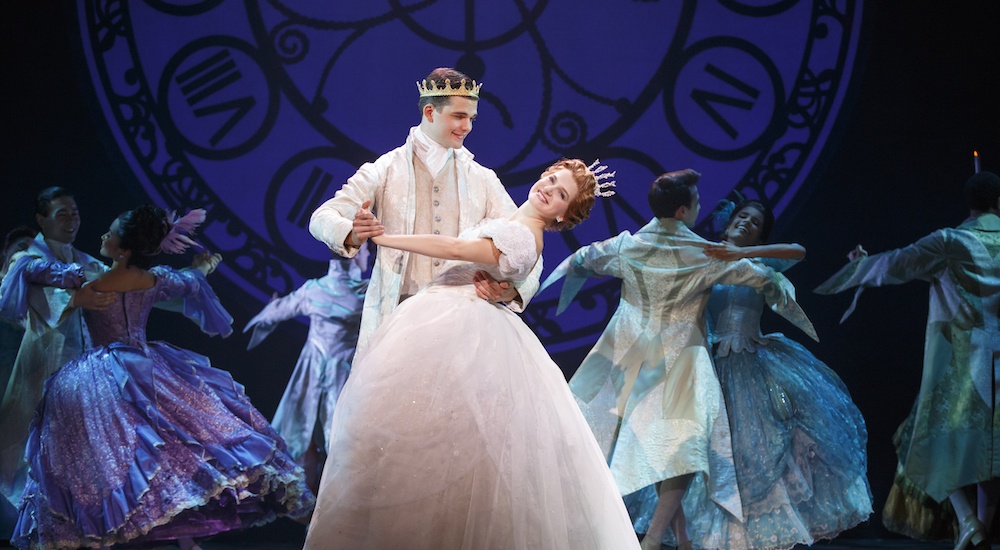 Rodgers + Hammerstein’s Cinderella is Broadway magic at its finest. This musical production of the classic story is an impressive display of artistry in all aspects. Its production values such as the costume, set, and lighting designs shine just as brightly as the cast of triple threat performers who gloriously sing and dance to Richard Rodgers and Oscar Hammerstein’s timeless score.

The show’s book, which was freshly revised by Douglas Carter Beane, adds new plot twists and characters. The new storyline develops the characters much more than previous versions, and makes the narrative relevant to modern audiences.

Tatyana Lubov is dazzling as Ella, or “Cinderella” as she is eventually referred to. Her nightingale voice is delightful, especially in her solo, “In My Own Littler Corner.” Throughout the show, she maintains a persona of confidence and intelligence that no doubt sends a positive message to young girls. 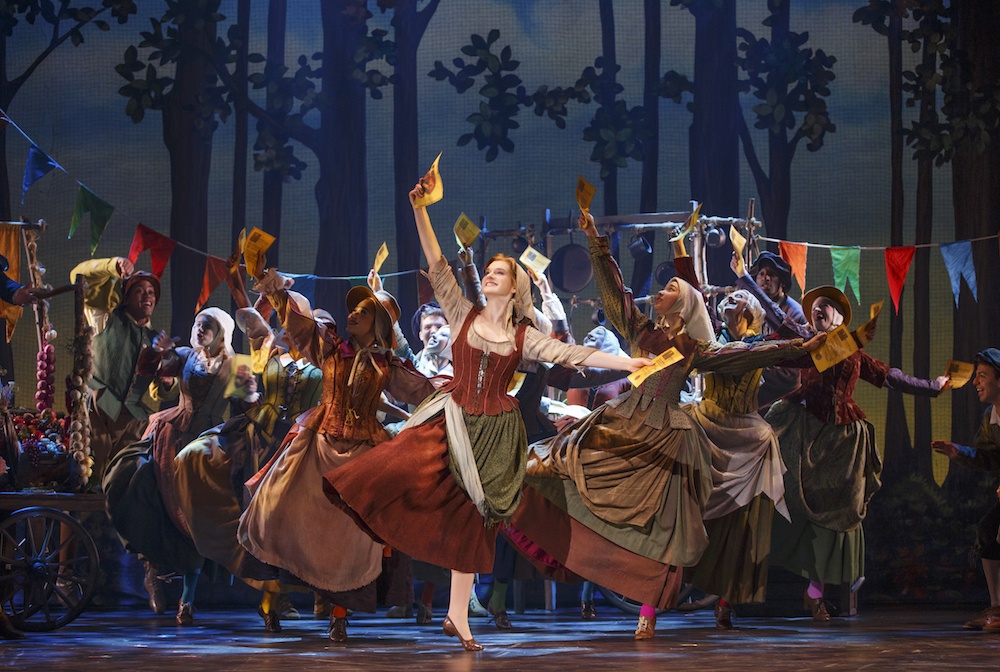 As Prince Topher, Hayden Stanes brings a refreshing innocence to the role and it’s exciting to see his character mature throughout the show. He also possesses a stunning voice that can be bold and commanding at times, and transition into a sweet, soft falsetto at others.

Lobov and Stanes have beautiful chemistry together, and they are also impressive dancers. This is especially evident in “Cinderella Waltz”, when they do much of the impressive ballet-inspired partnering and lifts as the ensemble. 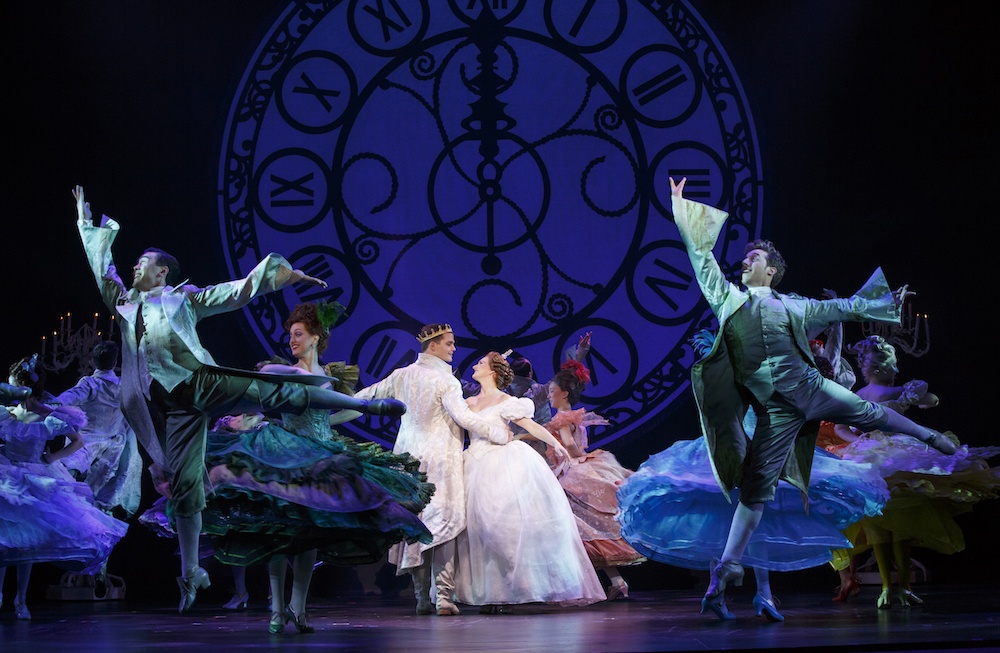 One of the welcome additions to this version is a sweet romance between Ella’s nicer stepsister Gabrielle (Mimi Robinson) and young revolutionary Jean-Michel (Chris Woods). The pair offer great comic relief and their side story helps to beef up the traditional plot.

Joanna Johnson also adds hilarious humour as Ella’s much more wicked stepsister, Charlotte, and Sarah Primmer’s bitch-from-hell portrayal of the evil stepmother, Madame, is spot on. Another highlight of the show is Leslie Jackson as Marie, the fairy godmother, whose thrilling soprano voice matches the quality of the Metropolitan Opera. 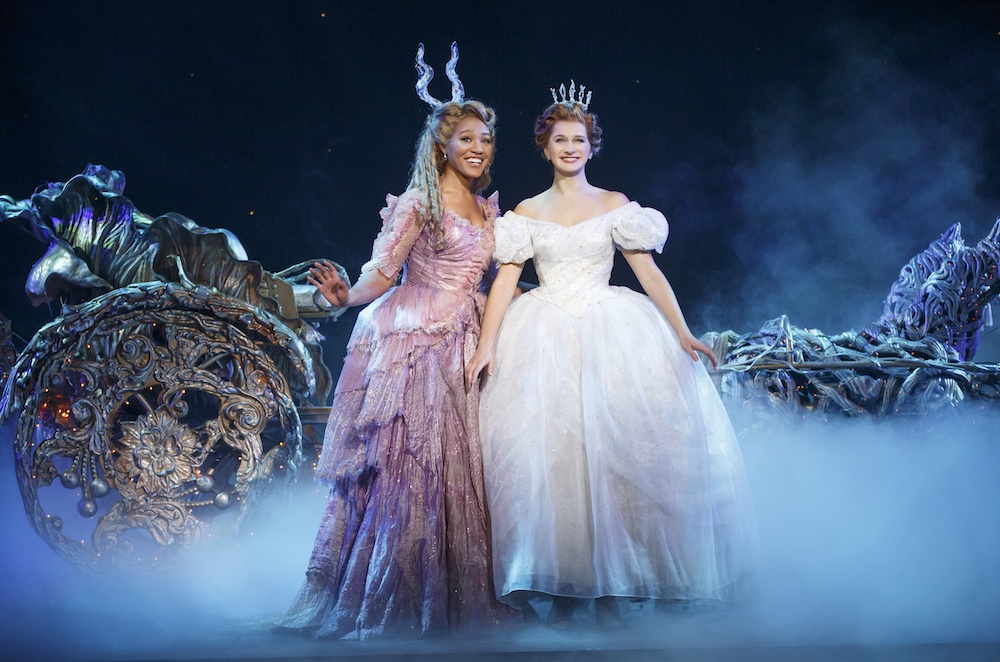 However, some of the biggest stars of the show are the phenomenal costume changes. Ella’s transformations from rags to elegance and back, are astonishing and garnered collective gasps from the audience on opening night. William Ivey Long’s Tony Award-winning costume design works wonderfully in tandem with Anna Louizos’ set and Kenneth Posner’s lighting designs. From the mystical woods, to the majestic palace steps, the visuals in this show are breathtaking. And all the transitions, including the transformation of the pumpkin into a coach are flawless. 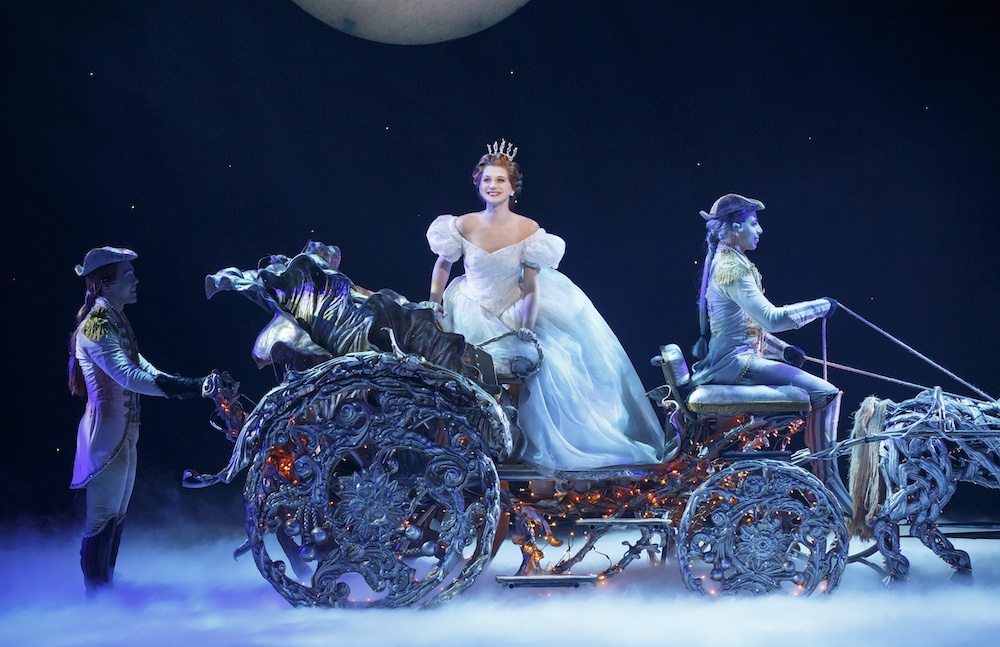 Directors Mark Brokaw and Gina Rattan have engineered one slick stage show, and choreographers Josh Rhodes and Lee Wilkins have brilliantly interweaved dance into it. From the carefree folk-inspired dancing of the villagers, to the elegant partnering at the ball, the show’s choreography does a fantastic job of carrying the story along. Lastly, Nevin Steinberg’s sound design allows us to appreciate the performers sing without ever getting overpowered by the orchestra, or having their lyrics sound muffled.

At the heart of Cinderella are messages of self-empowerment and equality, and these are positive messages not only for kids, but for adults to remind themselves of as well.  The show will sweep audiences of all ages into a world of modernized fairy tale delight. No fairy godmother or a magic coach required.

When: Running until April 16