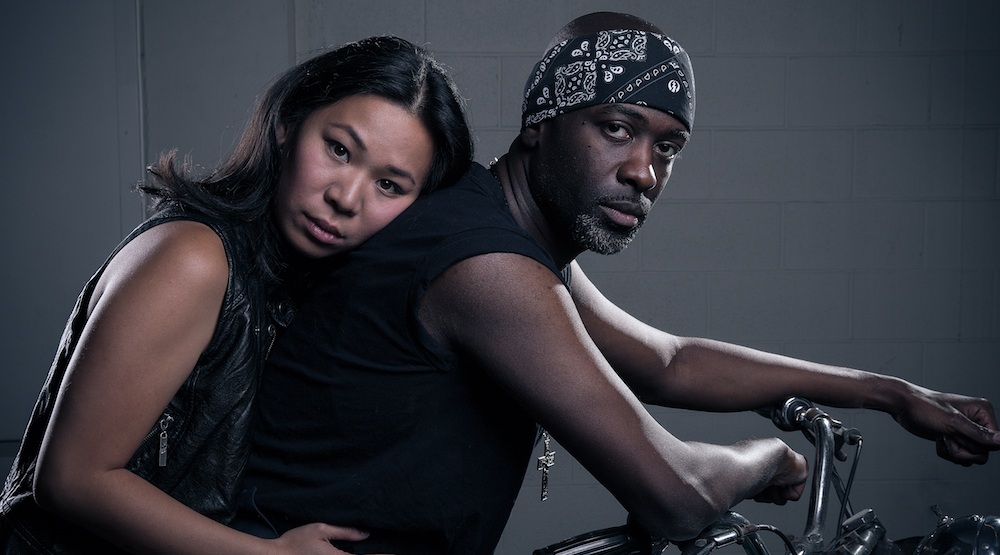 Pacific Theatre has opened their season with all kinds of risks and for the most part, it has paid off very well for the faith-centered theatre company. A Good Way Out, developed in-house by local playwright Cara Norrish, staged its gritty content simply but effectively within the alley configuration.

Bucking expectations for a faith based play, A Good Way Out focuses less on the redemption of a single character in favour of acknowledging that no one has a right to judge people based on the choices they make.

Using the dark corners of gang life as a starting point, the play is centred around a bike mechanic named Joey. Faced with money troubles and commitments to both his real family and his gang family, the audience follows his struggle to free himself from the grasp of the gang leader, Larry. 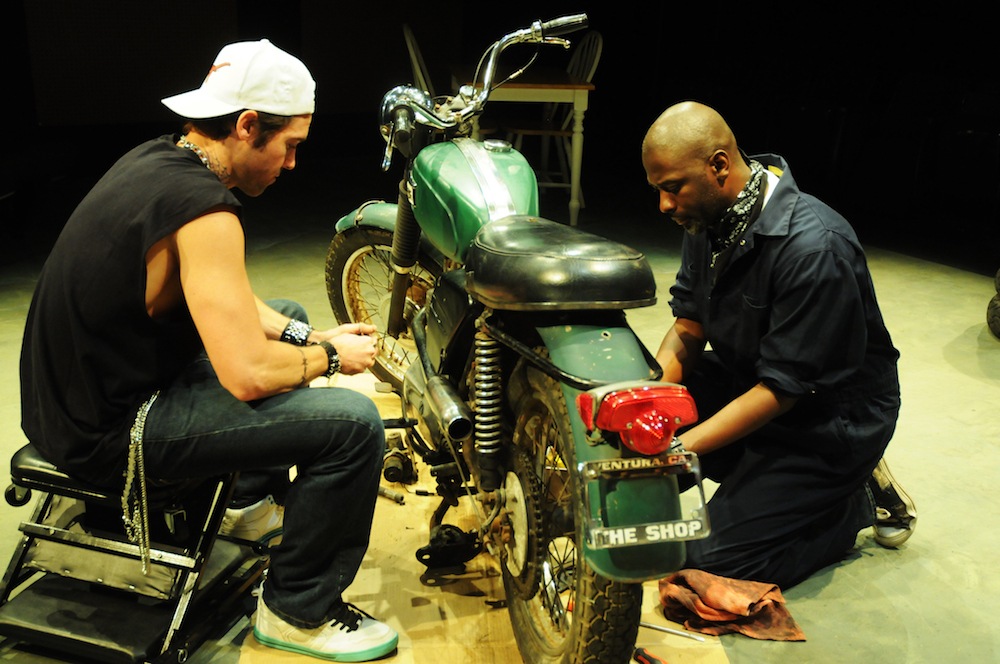 The play’s content was raw. Drugs, foul mouths, sex and weapons were are all in play and made for a mostly convincing look at gang life. The few times I felt disconnected were due to small bits of overly dramatic dialogue that would have sounded more at home on a soap opera than The Sopranos. Aside from these moments though, it was easy to get sucked in and feel a truthful fear for the future of everyone on stage.

Production designer Phil Miguel was able to develop an atmosphere that matched the script’s violence with perfect balance of intimacy and claustrophobia. The alley arrangement did an superb job of creating a space that seemed to trap the characters, amping up the intensity in darker scenes. However, the biggest design success was easily the tools and motorcycle that consume most of the stage space. Their presence allowed the actors to create a kind of running soundtrack that added extra layer of grit to everything happening. 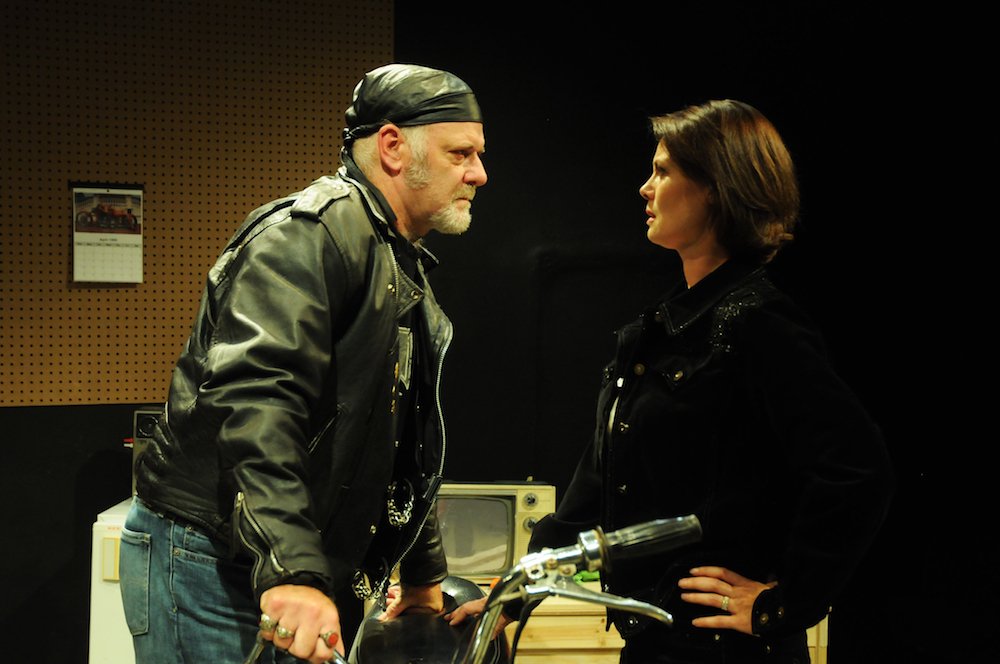 The cast worked extremely well at maintaining the show’s pace through the multiple blackouts between scenes. While the individual performances were all stellar, the cast’s chemistry kept the show moving. The relationships between all of the characters were well played and convincing.

The first of two notable examples was the love between Joey and Carla played by Carl Kennedy and Evelyn Chew, respectively. Their acting explored the complicated highs and lows of a struggling couple with a child with honestly. The other scene partners that really knocked it out of the park for me were Chew and Andrew Wheeler, who played the show’s antagonist, Larry. The scenes between them carried a special kind of discomfort that revealed so much about the character’s histories and allowed the show to move to a darker place. 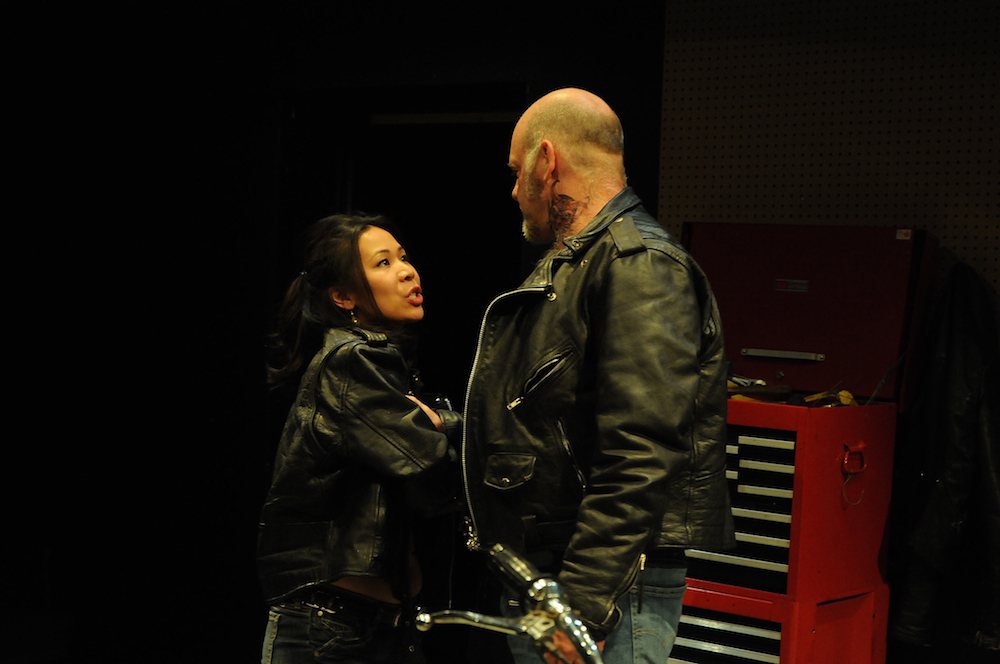 A Good Way Out was, more than anything else, a moral puzzle for its audience. Rather than attempt to preach its way to an answer, it left an huge question hanging in the air as the actor’s came out for their encore. I’ll refrain from revealing specifics but you’d be smart to check your narrative expectations at the door. Norrish’s script, with the help of a strong cast and clean set design, asks more than a simple WWJD. It asks us, “What are you willing to do to survive?”