A one-of-a-kind theatrical experience comes to Vancouver on April 30 and May 1 when The Intergalactic Nemesis: Target Earth takes over The York Theatre.

“It’s kind of like watching an animated movie, but you get to see the voice acting, sound effects, and music performed all at the same time,” said Jason Neulander, producer and director of The Intergalactic Nemesis: Target Earth. “There really is nothing else out there quite like it.” 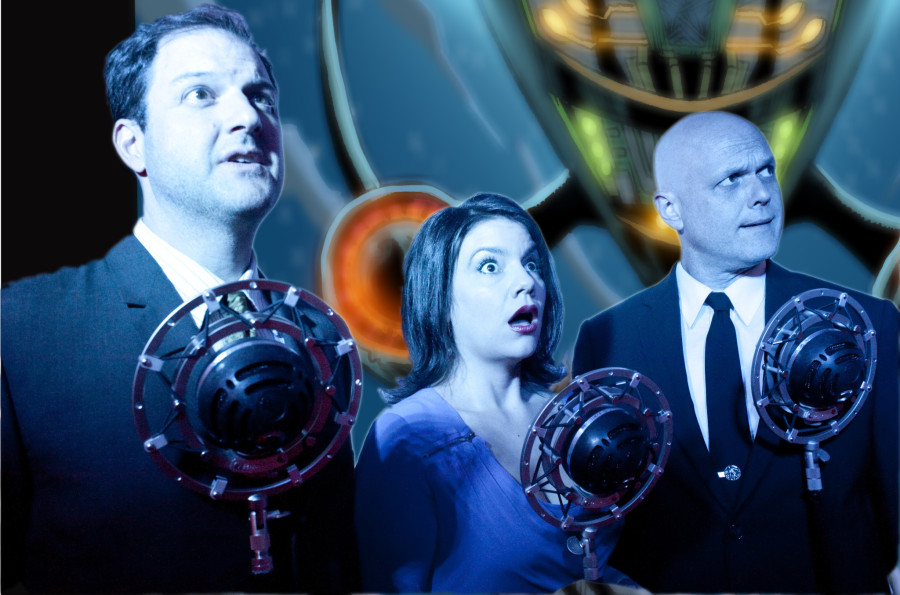 Telling an adventure story set in the 1930s, The Intergalactic Nemesis: Target Earth combines comics and radio plays into a Live-Action Graphic Novel. Three actors voice the dozens of characters, a Foley artist creates all the sound effects, and a pianist plays a cinematic score. More than 1,250 individual full-color hi-res comic book panels will also be displayed on a movie screen.

“I was seven when Star Wars: A New Hope came out and 12 when Raiders of the Lost Ark came out,” said Neulander. “I got way into pulp sci-fi short stories when I was a teenager – Asimov, Bradbury. Then, I discovered movies from the golden age of Hollywood when I was in my 20s. All those come together in this project.

The Intergalactic Nemesis has travelled to three continents and 170 venues, and has had more than 200,000 people see the show. Neulander describes audience reactions as “giddy glee”. 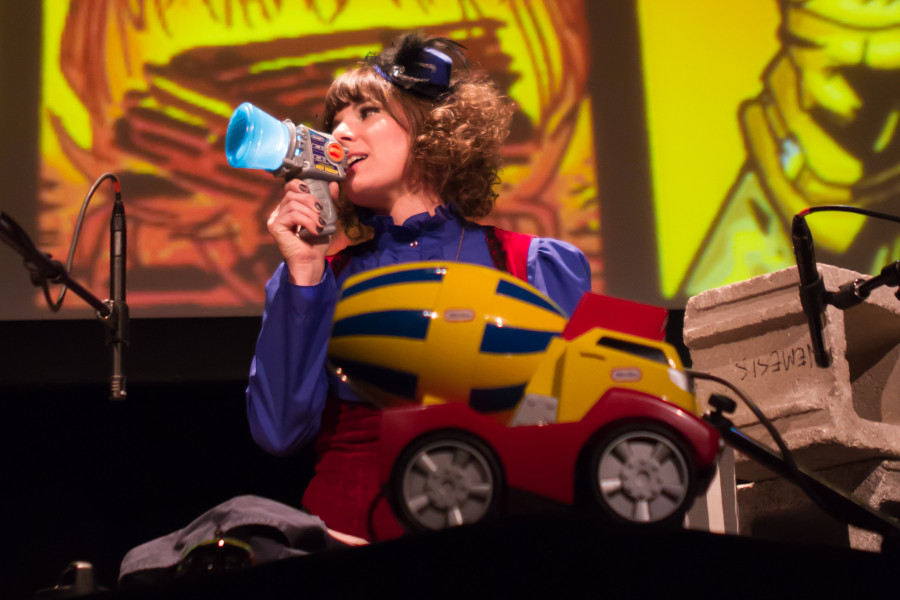 “People come in expecting to have fun and it’s even more fun than they thought it would be,” said Neulander. “One of the things that people say they are surprised by is that they find themselves really investing in the characters and their story. By the end, the energy is often more like a rock show than a play.

“I love the characters. That’s why I’ve stuck with this project for so long. I also love watching the audience respond. People walk in curious and walk out bona fide fans.”

Where: The York Theatre (639 Commercial Drive)