The show, described as “Star Wars meets Moulin Rouge and The Muppet Show,” isn’t the first time the group have taken audiences to a galaxy far, far away. In fact, it’s just the latest Star Wars parody in a series that has featured sold out shows like: A Nude Hope, The Empire Strips Back, Reveal of the Jedi, and Love in Alderaan Places. 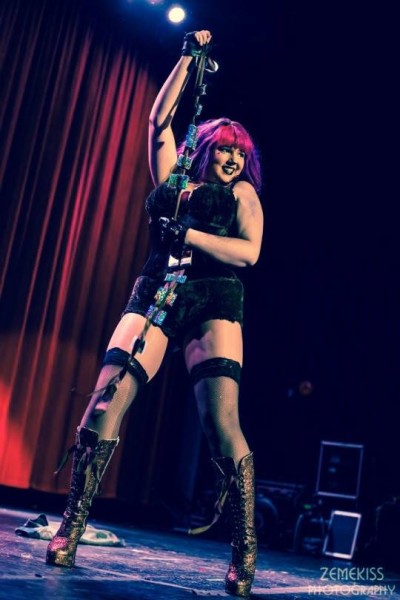 The Force is Shakin’: A Sci-Fi Burlesque Adventure is a combination of playful burlesque numbers, hilarious songs and ultimately, a sexy and nerdy time. Geekenders also pride themselves on promoting body positivity through their productions and make burlesque and theatre accessible to an entirely new demographic.

Featuring 25 performers, including comedians, dancers, actors and showgirls, this nerdlesque tribute to the latest Star Wars film is sure to be a night of hilarious parody and pop-culture madness. Tickets sell out quickly so grab them while you still can.

The Force is Shakin’: A Sci Fi Burlesque Adventure