Cocktails At Pam’s is an indie play written by Stewart Lemoine, debuting at Granville Island next month. I had the pleasure of speaking with the artistic director, Stephen Heatley, about the upcoming production. From what I gathered, Cocktails is a play of 1960s era etiquette with a decidedly Mad Men feel and aesthetic.

Staircase Equity Collective presents the British Columbia premiere of Cocktails at Pam’s -a real time cocktail party gone horribly wrong. Pam was always the perfect hostess — until the night there were more floral arrangements than suitable vases, the divorcee didn’t want her canapé and the guests formed charade teams and began to have cheap, competitive fun.

At its heart, Cocktails is a comedy about proper behaviour of 1960s suburbia, where ‘the rules’ are both nuanced and implied. The play is currently in rehearsal, bringing together an impressive cast of 11 actors on a relatively small stage. It’ll be interesting to see how set designer Lauchlin Johnston grapples with the confines of the space, but the setting of an intimate party is definitely within his favour. Everything about the set, including the custom-made furniture, will allude to the uncomfortable ‘sit up straight’ atmosphere of a grown-up party. You know, the kind of social gathering where you start schlepping boozy drinks immediately upon arrival. 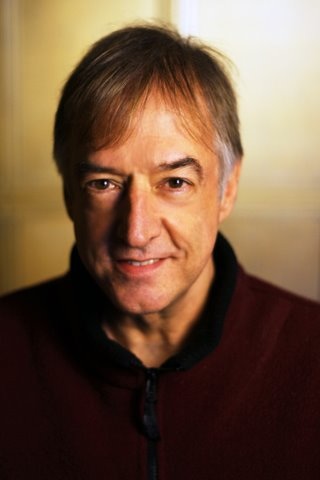 Staircase is a newish collective founded in 2009 by Maryanne Renzetti and Becky Shrimpton. It brings together like-minded artists who want to experiment with different kinds of roles, and among them are a few of Stephen’s past students. Stephen himself has a long history of developing new talent at the Department of Theatre & Film at UBC, as well as Citadel Theatre’s educational programs in Edmonton. He saw the first production of Cocktails when it showcased in Edmonton, and is looking forward to the opportunity of premiering the play to a Vancouver audience. It’s also his way of keeping current – by continuing to direct plays outside of his faculty role, Stephen gets to create a different body of work in a collaborative manner with young actors.

To help fund their experimental escapades, there’s an indiegogo campaign dedicated to offsetting some of the costs of putting on a production. At a modest $2,000 funding goal, it’s definitely a labour of love, and well worth supporting.

I couldn’t help but ask Stephen to comment on the differences between the theatre communities in Edmonton and Vancouver. Stephen told me that while the Edmonton community is tight-knit and boasts supportive audiences, Vancouver’s off-and-on film/TV/voiceover industry offers actors more opportunities to make a living. The community, therefore, is necessarily larger, which makes it exciting for new actors to stay in Vancouver and collaborate with other in arrangements like Staircase Collective.

Cocktails at Pam’s runs November 13-30, 2013 at Studio 1398 on Granville Island. You can purchase advance tickets here.