Vintage Vancouver is a new series to Vancity Buzz by Vancouver Heritage Foundation, which tells the historic stories of our city. 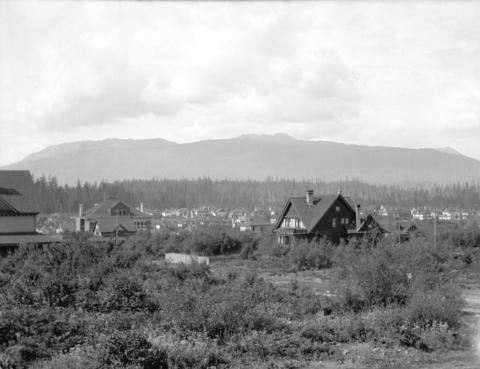 But picture this neighbourhood 100 years ago, without condos, apartment blocks, shops and corner stores, roundabouts, small dogs and young families. This (above) is the West End before the boom, roughly 1900. James Matthews, our city’s first archivist is there with his wife, picking blackberries at Thurlow and Davie while early Vancouverites are coming in on street cars to spend the day at the beach. After a day communing with nature, everybody clears out at sundown because there are no street lights or glow from homes to guide their way.  Before 1901, the West End was rolling hills, stumps from trees harvested for nearby urban growth, and unrecognizable from what we know today. 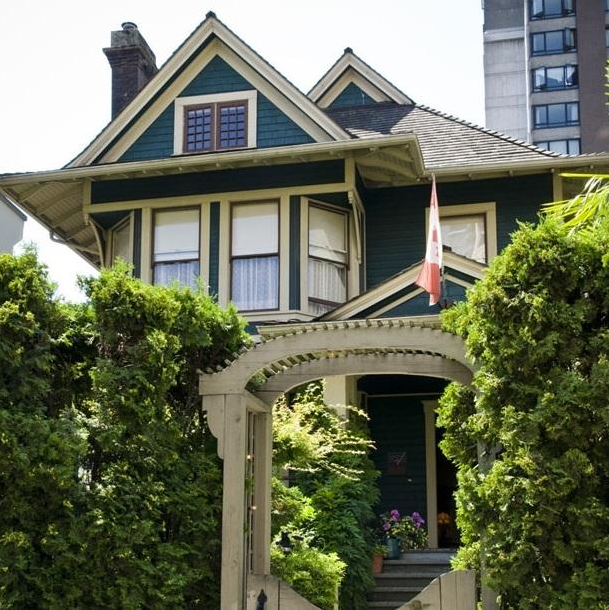 Between 1907 and 1910, row after row of two-story homes quickly filled the grassy knolls south of Coal Harbour. The area became a mix of affordable family homes and luxurious mansions for some of Vancouver’s most notable citizens. To the north, near Hastings and Burrard (then known as Seaton St), was an early neighbourhood known as “Blue Blood Alley.” Home to many important early Vancouverites including CPR Superintendent Henry Abbott and Mayor of Vancouver Thomas O. Townley, there is still some evidence of this affluent period in ‘Gabriola’, the BT Rogers Mansion and in large B&B’s, such as the ‘O’Canada’ House. The money soon moved south when land in Shaughnessy became available for purchase.

From the 1930’s to the 1950’s, the West End shed its expensive history and the beatnik lifestyle took hold. Many historic homes were converted into multi-unit dwellings and new buildings came in as low rise apartment blocks. If you’re down on Beach Avenue, take a look at the Sylvia Hotel, and imagine that at this time, it was the tallest building in the entire West End. The CBC Archival film “West End 66” is a fantastic time warp that epitomizes the free-wheeling laidback lifestyle of the Mid-Century West End. 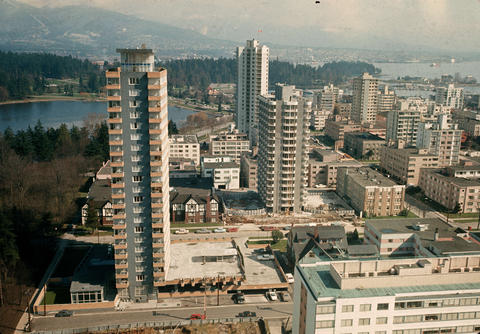 In 1956, Vancouver city council passed bylaws allowing more density to be built. At the time a mathematical equation for green space to residents was in play to discourage over crowding. However by 1972 over 220 high-rise developments were built, mostly of boxy, clean-lined Bauhaus style with 200+ units in each building. Many of the historic single-family homes built in the early 1900’s were torn down at this time.

Hipster before we knew what hipsters were, the West End’s artistic neighbours, cheap living, and easy going West Coast days seems to be slowly fading. It is changing once again, perhaps returning to its Blue Blood days, as ocean vistas become prime real estate, and the desire to live here outweighs available housing. So take the time while you can to head out to English Bay and imagine what it would have been like to pick blackberries straight from the bush, look out to the ocean from Denman Street, and take the tram back home through quiet moonlit streets.

Want to learn more about Vancouver’s neighbourhoods? Join VHF for a walking tour! Select Fridays and Saturdays through out the summer. Keep an eye out for our next post, where we will feature Grandview-Woodlands.

Images from City of Vancouver Archives.