The Walk is not a horror film, although, for those that get extreme vertigo or are afraid of heights, this could easily be just as terrifying.

Robert Zemeckis directs this docudrama about the famous French aerialist Philippe Petit, who wire-walked between the twin towers of the World Trade Center on August 7, 1974. 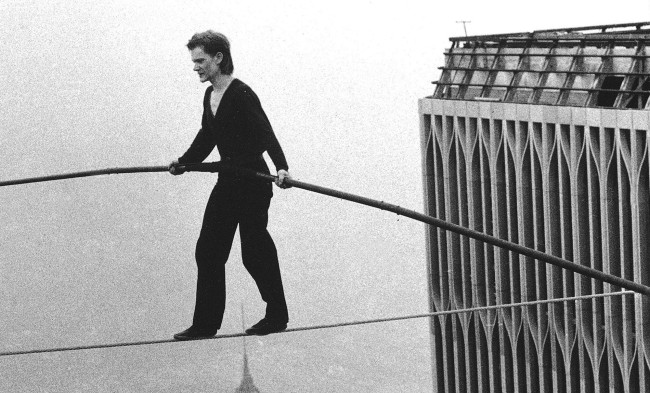 As soon as the film begins, we are introduced to Philippe Petit, who’s played by a French-speaking Joseph Gordon-Levitt, standing on the Statue of Liberty. He breaks the fourth wall and begins to narrate to the audience on how he planned his most death-defying stunt.

The beginning of the film seems a tad silly, and seeing Gordon-Levitt as a French character will be hard to get used to. But it won’t take long for you to settle into the story. The film takes you to Paris, where we view the early days of Philippe Petit as the young and charming street performer. 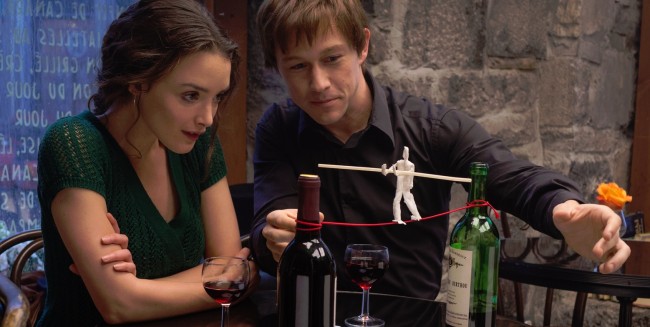 During a dentist appointment, Petit sees an article in a magazine that talks about the construction of The World Trade Center in New York City. He rips the picture out and draws a line between the two towers and proclaims that he has found the perfect place to hang his wire.

After meeting his artistic muse, Annie Allix, played by Canadian actor Charlotte Le Bon, Petit starts practicing and planning his great feat. He calls upon the help of the great aerialist Papa Rudy (Ben Kingsley), who teaches Petit how to properly rig up the wire in order to pull off a large-scale and dangerous wire-walk. 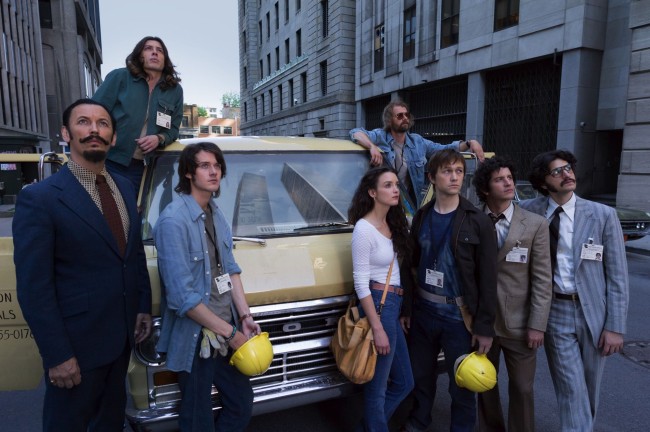 The Walk plays like a bank heist as Petit puts together a crew of French and American friends that he meets along the way. He names his mission “Le Coup.” The problem with his plan is that it requires them to illegally trespass, necessitating all sorts of disguises, accomplices, dodges and surveillance work. Let’s also not forget blind luck.

This is where the film really starts to pick up as the French aerialist moves to New York and starts planning the crazy and illegal stunt. The hardest part about wire-walking between twin towers wasn’t just the actual walk. The real work was getting all the equipment to the top floor and hanging heavy wire between two buildings all while trying to evade the authorities. 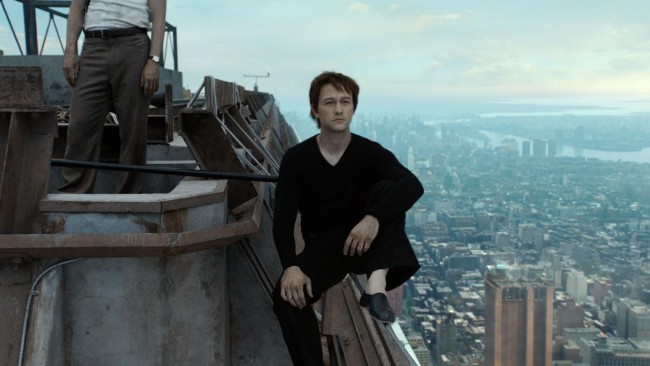 From the very beginning, the film builds and builds in anticipation and sets up the final 17 heart-stopping minutes. By this point you are fully committed just as Gordon-Levitt is with the character of Philippe. You actually start to see the actor transform into the artistic daredevil.

Zemeckis is a brilliant director and probably the only one who could pull off this cinematic masterpiece. He takes us to the edge of the tower and onto the very wire that Petit takes every breathtaking step. You’ll never feel more uncomfortable watching a film when you are forced to look 1,350 feet down onto the streets of Lower Manhattan. It’s such a great use of CGI, IMAX and 3D effects that it’s really best to see this film on an IMAX screen or at least at the theatre. 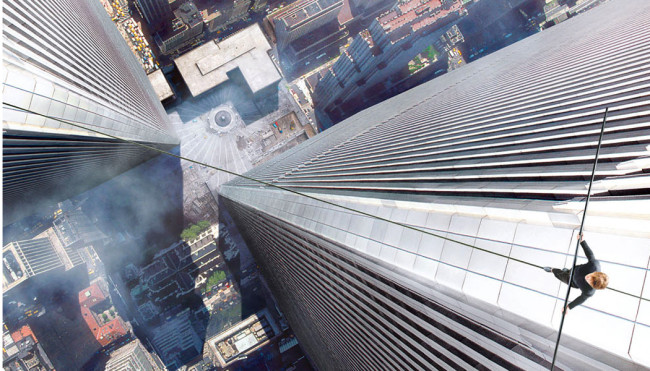 This is a brilliant film and one of the year’s best. It starts out rather light-hearted, and at times slow, but as the story moves closer to the edge we start to realize that Philippe Petit has a dark and crazy side to him.

This film can be considered a love letter for the World Trade Center that was lost on September 11, 2001. It also shows the beauty when humans achieve something as crazy as walking on a cable that’s 101 stories high without the use of a harness or safety net.

Cinema Factoid: Joseph Gordon-Levitt had to actually learn to walk the high wire for the film. He trained with Philippe Petit, now 66, and his partner Kathy in an unused warehouse near their home in upstate New York.

I’m dropping a big 4.5 out of 5 raindrops on this one. The great thing about this is that it’s a family film, and I highly recommend bringing your older kids.

You can learn more about Philippe Petit with the award-winning 2008 documentary Man on Wire or you can read his book To Reach The Clouds.

The film is rated PG-13 and opens at IMAX and select theatres on September 30th, and wide release on October 9.