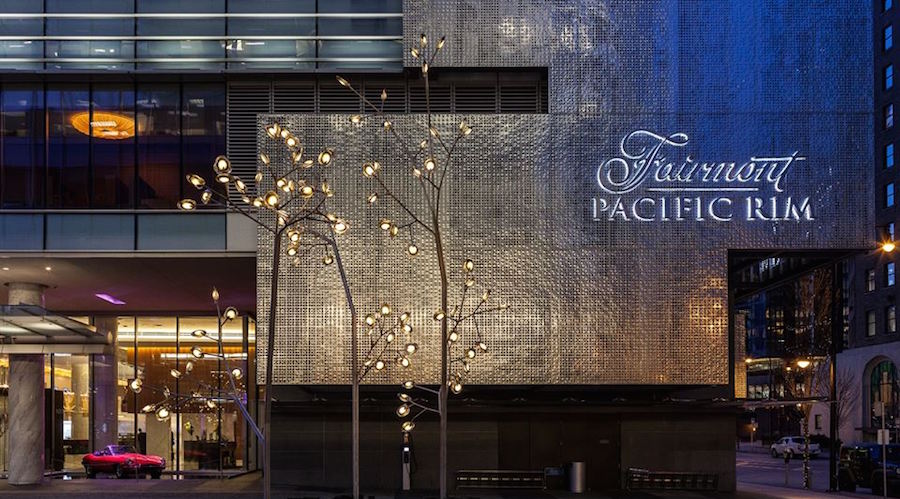 Sssshhhh, do you hear that? The knocking of reality. The feeling of trepidation bubbles like an Octobuuuur cauldron as we migrate towards the chilly mornings, the soggy feet, the desire to sleep. In this hiber-nation that we reside in, to the brim I say with our teas and wine at this time, wool blankets and fireplaces. Drop the razor and pick up a book, summer is over and there is nothing like a little horror for the holidays. 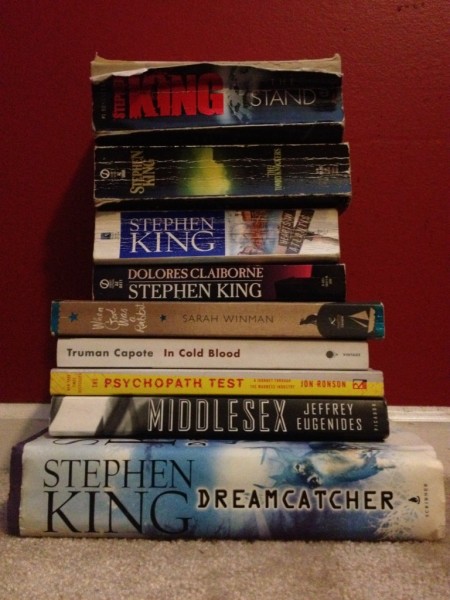 These reviews are my attempt to be quick and snappy, as fall is about time management, getting as much done before the darkness sets in and another day swallows you whole. I read a lot of Stephen King this round, partly because I have a personal goal to read all of his books in my lifetime, and partly because the second-hand bookstore was selling his soul for 50 cents a paperback. In recent news, the King just released his newest book, Dr. Sleep, as a sequel to his highly popular cult classic, The Shining. Reviews have been mixed, and mine will be coming soon.

I can’t remember where we were driving, but my other half and I were discussing words. I noticed that words beginning with “H” seemed to mean something light and airy, like little speech soap bubbles. All good things wrapped in “H.” Happy, hilarious, honorable, helpful, humble, healthy. Then I was counteracted with the word “horror.” We think of an eerie green glow beyond the horizon, the silent creepers, the midnight lurkers, the window watchers, eyes behind the cracks, dead children at the end of hallways, The Ring, The Exorcist, The Conjuring. When I think of ‘horror,’ the one word that really messes up my theory of the happy ‘H,’ I think of Stephen King.

If one thing is memorable from this book, it is the “shit weasels.” A story of a different kind of alien encounter by being mostly focused on the absurd happening right here on our own planet. Acted out through the irrational decisions of humans, and our lack of empathy for what we cannot understand, the story travels back and forth between the lives of its characters to choices they made when they were young, that ultimately might decide the fate of the planet.

This seemingly ‘out of character’ King novel was terrifying, as it dealt with ‘real’ people and ‘real’ problems. Okay, so, maybe to most, pushing husbands down empty wells and smearing walls with poo aren’t considered ‘real’ problems from Monday to Sunday, but he tells the story with such conviction that they very well could be. As much conviction that can come with poopy wall decor, of course. Shout out to all my nursing friends! The main character recites events of her life to the local police and admits to the murder of her husband and everything in between (poopy wall scene). It feels like one long ramble, full of anger, sadness, rape, terror. . .the usual.

The worst, no, seriously, the worst book I have ever read. Stephen King’s non-horror books, such as The Green Mile, receive my utmost praise, but this was a travesty, a train wreck, a disaster occurring in slow motion. I sat at the dinner table and finished this book out of sheer determination, although every bite was like munching canned haggis. I have never been so relieved to get to the last bit and go to bed. Avoid this and watch the movie instead.

King sure does love his aliens. A fabulous take on what would happen if humans discovered an alien ship buried in the earth. In exchange for their assistance in the excavation they are endowed with incredible power, unbeknownst that their new gifts of genius are leading towards the ultimate galactic smack down. From A.I to AA, one drunk man has the capability to stop the whole humanoid feast fest, if he will only toss the sauce.

A must read, a classic, a monstrous novel. The end of the world is upon us and every one left is picking a side. The book begins by traveling from the perspective of an airborne virus and ends with the final face off of good vs. evil.

6. When God Was a Rabbit – Sarah Winman

This author’s writing style reminds me of John Green (Searching for Alaska) in the sense that it is very much like falling into a life, living through all the love and loss, and then being pulled back out when the book closes. In an American Beauty-esque prance through time and tragedy, the characters live out the duration of their lives right in front of our eyes. From the self-discovery of childhood, to the eventual acceptance of old age, the story is emotional and real. I didn’t like the last few chapters based on 9/11, as it felt like a clutch for which the story leaned on, not standing on its own, but instead using an overtly emotional tragedy to propel it towards its end not by its own merit.

I lent this book to my brother’s girlfriend, who then went on a Christian retreat, who then got asked repeatedly why she was reading “that” book. The movie Capote is based off the time in the author’s life when he was writing this book. He befriended one of the murderers in the story, who shared very detailed information with him and that intimacy is really reflected in the book. It is a true horror story in every way: the truth behind the inconceivable act, the gore of the breathtaking murders and the unexplained mysteries of that fateful event that linger to this day, as DNA tests are STILL being conducted.

Sometimes boring, sometimes informative. It’s Jon’s writing that fills the voids with wit, but like using a couple of broken sticks to cross a rushing river, there is a lot going on and not much stability. He angered some along the way, as all good journalists do when exposing the truth of a convoluted system – that system being mental health. Some moments of brilliance and some moments of perpetual boredom. Worth a read? You would be fine without.

Author of The Virgin Suicides, which is arguably one of the best American suburb standing-around-a-punch-bowl-spiked-with-arsenic kind of novels. Don’t get it? Okay, let’s start with the first line:

“On the morning the last Lisbon daughter took her turn at suicide – it was Mary this time, and sleeping pills, like Therese – the two paramedics arrived at the house knowing exactly where the knife drawer was, and the gas oven, and the beam in the basement from which it was possible to tie a rope.”

A beautiful family (the uninteresting punch bowl at the party) and then the arsenic, being every single other thing that unfolds like blow after blow to the brain until it all turns black and you are all, wait – EVERYONE is dead? But, of course, we aren’t talking about that. Middlesex, is a different novel – not as memorable. Still buzzing with delight, still beautifully worded and tons of little secrets hidden in reference, so what could I possibly say about it that’s bad? Nothing. It’s his own curse that The Virgin Suicides was so good and that I can’t help but compare it! On its own, this book kills it, but set against his previous paperback. See, maybe I’m wrong though, I mean this book is super colourful and travels through an entire family tree on the back of a mutated gene. It tackles the big issue of what IS a hermaphrodite, from a scientific perspective to an emotional one. Another rambling tale of life from start to finish – maybe you should read it after all. But only AFTER The Virgin Suicides, deal?

Simply brilliant, and so scary it actually gave me nightmares. At 23-years-old the author was working as a journalist and was sent to a prison to interview a doctor who murdered his gay lover. Typical day. It is said that the character Hannibal Lecter is based off his encounter with that doctor – both remarkably intelligent and deeply twisted. If you want to get inside the mind of a madman, this book is a crack in the door of insanity city.