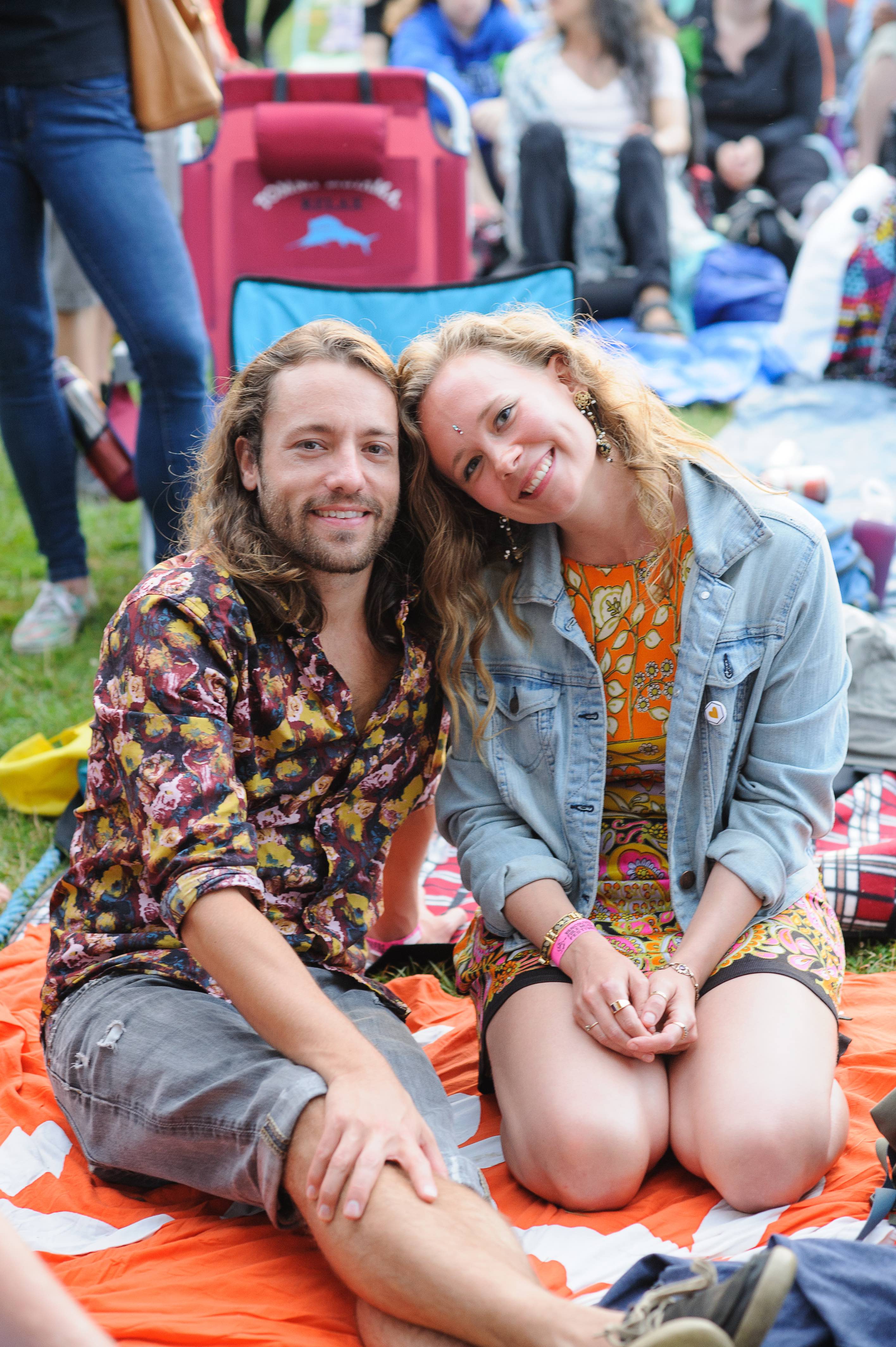 Yesterday, I stumbled upon a well written article by Kate Zimmerman at Swerve Calgary.  At times there were bits of Calgarian tire pumping, as the overall message was the superiority of Calgarians in comparison to Vancouverites in terms of social interaction. Sure, the article was smug at times, but us Vancouverites are a smug bunch as well, who wouldn’t be when we are constantly told by the rest of the world how great it is to be here.

Arguably, one of the only reasons people choose to move to Calgary is to make money, pay less taxes or they have been traded to the Flames – and sometimes that isn’t even enough to lure one to Cowtown. People that come to Vancouver don’t come here because of an abundance of high paying jobs and affordable housing. So what’s the hook? Why do thousands flock to the pacific metropolis? In a city dubbed as being a “lonely town”, why does the world come here?

What Calgary Thinks of Us

Before I dive into what I call the Vancouver complex, here are a few select snippets from the article:

You might have suspected something folks out on the Wet Coast just officially discovered—that it’s lonely out there.

As part of a 2011 research project, the Vancouver Foundation, which manages community endowment funds, interviewed 104 community leaders from an array of backgrounds, ages, ethnic groups and incomes about their most important concerns. No. 1 was “isolation, its consequences and the craving for connection.”

On the Lower Mainland, the mere act of getting together is a hassle —something that never occurred to us in Cowtown. Vancouver city planners seem to have chosen beauty over connectedness years ago. Unlike Calgary, where freeways such as Deerfoot Trail allow drivers to get from here to there relatively quickly when it’s not rush hour, Greater Vancouver resisted this unsightly, if practical, approach to getting around. That tends to put the kibosh on spur-of-the-moment get-togethers.

Being gainfully employed is no guarantee of office homies, either.

So those high-paying jobs, where there’s room for advancement, where there’s a place for an ambitious guy to go, just don’t exist.” (Why we push for tech)

As a result, men with ambition that extends beyond a perfect round of hacky sack at Spanish Banks tend not to stay in Vancouver. Meanwhile, the beta males who remain on the Coast aren’t doing much to cure female loneliness. (VcB analysis of this)

Next to Toronto, Vancouver has more foreign-born residents as a percentage of its total population than any other major North American city. And it’s not like these newcomers have any shared history on which to capitalize when they arrive from such disparate regions as the Middle East, China, India, South Korea, Taiwan and the Philippines.

After reading just those snippets you’ll get the sense that, in comparison to Calgary, Vancouver is a fragmented city. Not sure if it’s to the extent that the author alludes to, though. Vancouver is a city with a few complexes, which, when combined, form the framework for the Vancouver Complex.

Breaking Down the Vancouver Complex

First, we have the social interaction complex. Unless you are heavily intoxicated, Vancouverites tend to stay within predefined cliques.  The above article blames our city’s urban planning for our isolation / lack of social interaction. I don’t see it that way. Our isolation is the result of many things, one major one being the lack of disposable income. Wages aren’t great and housing costs are high, so we stay inside because we simply can’t afford to go out. Many will say that going out doesn’t have to cost a thing, which is true. A walk in the park can be a beautiful thing, even in the rain, and a great place to meet new people; however, when you have financial issues on your mind, chances are you’re too preoccupied to notice those around you. This may also explain why our nightlife isn’t the greatest and from Sunday to Thursday or Friday, Vancouver is basically a sleepy town at night, we simply can’t afford to go out. For majority of the week we aren’t the go-out-for-drinks kind of city, we prefer our beverages caffeinated, which is there is a coffee shop on every street corner.

However, we are slowly chipping away at the “No Fun City” label. City Hall has recognized the lack of large scale community events and since last year, started the VIVA Vancouver series and the birthday concert celebrations in Stanley Park. Let’s hope they continue with more events like this. A trip to Montreal in the summer might be in order for Mayor Gregor and his merry band of cyclists to see what a real entertainment city is like. Relax the archaic liquor laws and licensing of permits so that neighbourhoods outside of downtown can stay open longer.

But we cannot lay all the blame on the government, that’s too easy. We are surrounded by hundreds, if not thousands of people at any given moment, yet we barely give them a glance, let alone a smile. It’s time to take the proverbial sticks out of our butts, people. The fact is that 2 out of 3 people aren’t originally from the Lower Mainland, insinuating that they come from friendlier places and, therefore, shouldn’t have a hard time engaging in conversations with the other non-native Vancouverites. This doesn’t seem to be the case though. Perhaps they seek other Vancouverites, perhaps they too get stuck in the malaise of low disposable income.

Vancouverites like poking fun at other cities either directly or indirectly. Chalk that up to inferiority complex. I, too, am guilty of this as I like to direct barbs towards Toronto and Torontonions every so often. That has more to do with the Canadian media than the people of Toronto themselves. The city and the people are great, I just don’t like the so called national media (sports/news) bias. Many Vancouverites, heck Canadians, would agree. However, what we, Vancouverites, do really well is indirectly put other places down. We love mentioning how beautiful it is out here – the mountains, the beaches, the seawall, the people (superficial observation) – we could go on and on about our city’s walkability and livability. For whatever reason, we have this constant need to hold ourselves up to a very high regard. Having all these wonderful attributes is a great thing, but relying on or constantly pointing it out to others is totally unnecessary.

We need to get over our demons or we will not be the “world class” city we boldly claim to be. Reality check: we aren’t world class. Truth be told, I don’t even know what that means, it’s all very subjective. What I do know is that we are a young, vibrant city that has a lot of growing up to do and there is no place I’d rather be. Vancouver is like that kid that chooses to live in their parents’ basement temporarily but never leaves. It’s time our parents kicked us out.

The wealth complex. The city has a lot of people chasing money, everyone knows at least a handful of realtors, entrepreneurs and budding movie stars. On the other end of the spectrum, however, we have people looking for handouts all the time. Eventually, not everyone will make it in the big leagues and will soon realize they don’t have the financial clout to stay in the city or even the Lower Mainland. I don’t know what the solution is to this other than a severe market correction, or perhaps a ban on foreign ownership (highly unlikely) but something needs to be done. The rise in real estate has led to a brain drain and Vancouver can’t continue the outflow of its greatest assest – young talent. A city is only as good as the people that call it home and right now many are only calling Vancouver a temporary home on their way to a higher pay cheque or more arts funding or space elsewhere.

The pretentious complex. This city is full of people that think they are better than everyone else. Nothing says “don’t talk to me” when you’re walking around with your nose way up in the air, leering and judging others. Even if you are better, or believe to be somehow superior than the person next to you, what does it matter? Remember, there are plenty of other realtors driving cabs and models waiting tables. You really aren’t that special.

As citizens of Vancouver, if you get anything from reading this, remember to walk around with a smile from time to time, acknowledge the existence of other people around you and strike up a conversation with a few randoms. Your life will be better for it, trust me. Oh, and stop complaining.

To the municipal government, I know it’s not easy but we’ve become a city where people come to for an education or to retire. A strong city is built on a strong, diverse middle class and right now the middle class has been pushed out to Coquitlam, Surrey and Langley. The city’s condos need units that are family friendly (around 12oo sq. ft.) and still affordable. If that means lowering the quality of finishings and the number of building amenities to make that happen, so be it. The residential tower needs to be an attractive option to those still holding onto the dreams of the white picket fence within the metro.

All things considered, Vancouver will still be a city to watch out for in the next century, at least according to Foreign Policy.