The Value of Things is a dance-theatre show that investigates us, as human beings, and our values, especially the role of money in everyday life as well as our motivation.

When the audience entered the Scotiabank Dance Centre, Francis d’Octobre, composer and interpreter of the score, was already playing live music, sitting close to a scenography of more then 200 empty cardboard boxes. D’Octobre performed along with the creator, writer and director of the piece Jacques Polin-Denis, his brother Gilles (who is performing only for this version of the piece) and Vancouver-based contemporary dancer James Gnam.

For the 60-minute show, the four men played with bittersweet humour, mixing together text, live music – including a hilarious live rap – and movement. Although, at certain moments, it was impossible not to laugh, a hint of sadness was always on top of that.

The live rap was one of the most tragicomic and at the same time enjoyable moments of the night. The four men wore fur coats that immediately reminded me of well-known American rappers. The singing voices of Jaques Polin-Denis and d’Octobre were reinforced by the movement of the four bodies that jumped around with their feet in a box. Both the dance and the lyrics were intelligent, fresh, sexy and humorist. 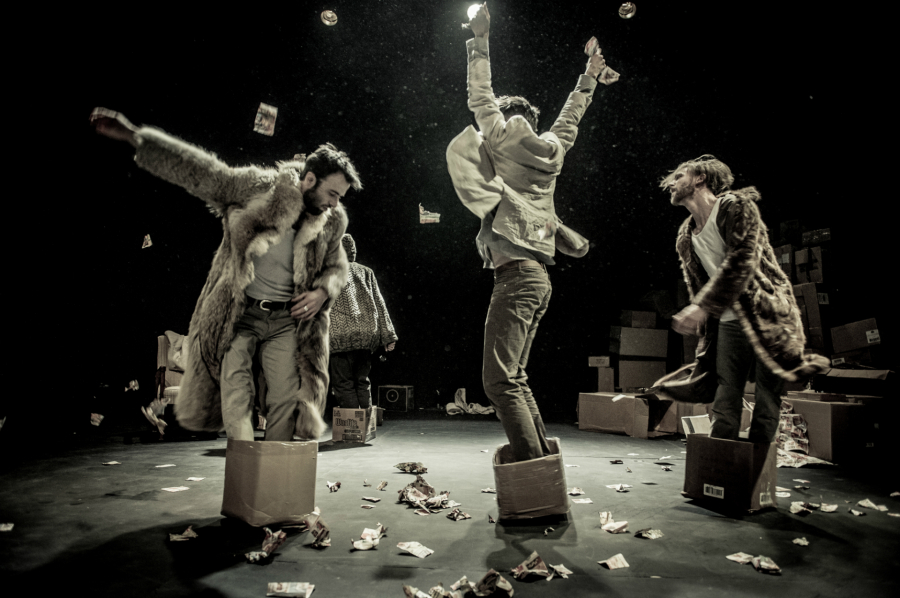 I really enjoyed how the seriousness of the topic transpired through funny moments, so that the piece never get too heavy; it was almost as if Polin-Denis had asked his audience to chose: “Do you want to think about that or do you just want to enjoy the show?”

Polin-Denis and his company Grand Poney (Montreal) chose a hard topic and, probably, any attempt and approach to it wouldn’t have been enough. Perhaps no one would be completely satisfied by it. However, by the end of the show everyone would think about that and, hopefully, would engage in conversations about not only The Value of Things, but also the value of things.

The Value of Things is a Grand Poney production, independently presented in Vancouver by plastic orchid factor. The show will be performed at the Scotiabank Dance Centre until June 21 at 8 p.m.