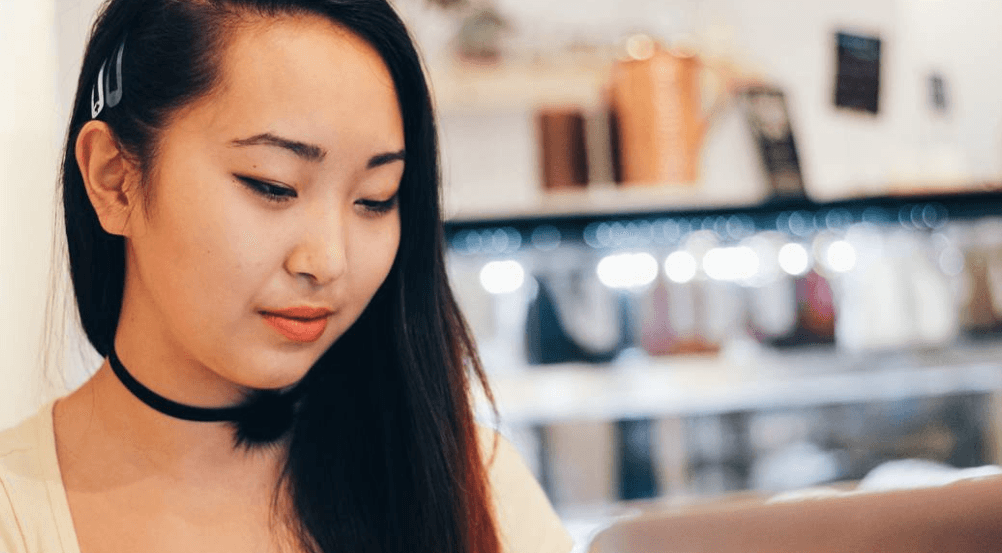 Kim, a former student at the University of British Columbia, was struggling with mental health issues and academic related anxiety.

The stress, anxiety and depression pushed Kim to her breaking point. And after several attempts of trying to recommit to school, in April 2016, she knew she had to drop out.

It was an extremely tough decision for Kim, who comes from a family with high expectations. She also set the bar tremendously high for herself to succeed at UBC, but she realized that the anxiety and depression associated with the pressures of academic success were not worth pain she was going through. 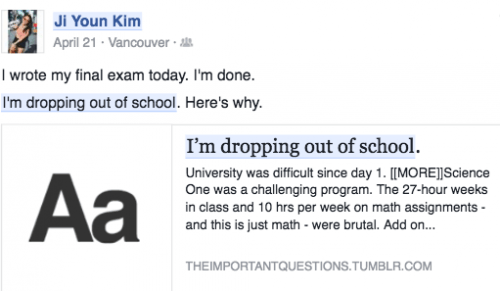 “I just felt crazy…and basically, the conclusion was this is not worth it,” Kim told Daily Hive in September.

Kim got her laptop and poured her personal truth into a blog post titled “I’m dropping out of school.” She shared the post on Facebook and it received hundreds of re-shares.

But this was just the beginning of Kim’s journey. As a self-proclaimed “college dropout” she has now made it her goal to reach out to students struggling with mental health issues in post-secondary institutions, and she is making some inspirational moves.

Kim is also developing workshops for students (Tip Labs) which she hopes will “provide that learning and guidance for students so they can go through school being more certain, more grounded, and more confident about their future.”

The labs will aim to bring together eight to ten students who will work together in a program focused on three pillars: health and wellness, community personal development, and professional development.

Tip Labs will launch on January 28, and Kim says she wants to “use her positionality to best support students.”

“Although I’m not (an) expert, I (can) relate to the students, I know what they are going through,” said Kim, who is hoping to take what she has learned from her personal mentors and apply it to the project. 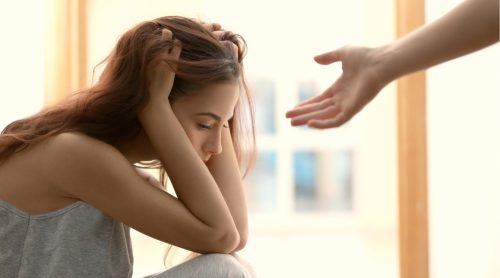 Kim is not the only young Canadian who has battled mental health issues.

In 2013, the Canadian Association of College and University Student Services (CACUSS) published mental health data collected from over 30,0000 students from over 30 campuses.

According to the National College Health Assessment (NCHA) survey, 53% of students said they felt hopeless, 56% said they felt overwhelming anxiety, 37.5% said they were so depressed it was hard to function, and 9.5% said they had seriously considered suicide within the past school year.

Kim realized that the education system has gaps in the way it deals with students’ mental health. She has since partnered with UBC share how her journey and The Tipping Point can make a difference in the lives of students.

“I went with a lot of anxiety actually the week coming up to it but I spoke with (Cowin) for half an hour and it was wonderful,” said Kim. Cowin has since welcomed The Tipping Point to the UBC community and Kim is bringing her cause to campus. 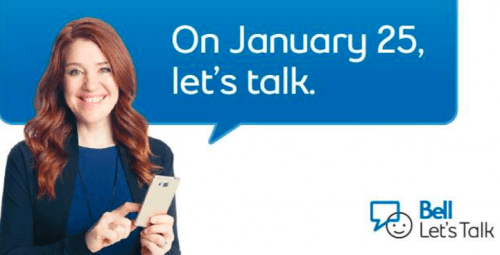 There is a heightened conversation around mental health awareness today, as it is Bell Let’s Talk Day.

Bell Canada will donate 5¢ to mental health programs for every text, mobile, and long distance call made on Bell’s network.  Bell also contributes donations for every tweet, and Instagram post using the #BellLetsTalk hashtag, or Snapchat sent using the Let’s Talk geofilter.

For Kim, Bell Let’s Talk is a good starting point to begin a discussion around mental health awareness.

“In regards to advocacy or raising awareness, you can either go in depth or in quantity,” Kim said.

“I think that Bell Let’s Talk is something that doesn’t go in depth but it definitely reaches a lot of people. And for raising awareness or advocacy, you kind of need the whole spectrum.”

With January 25 also being Kim’s two-year anniversary of her suicide attempt, she will be on the UBC Campus offering students free hugs.

“It’s kind of putting together the reach of Bell Let’s Talk and the depth of my story and The Tipping Point,” said Kim

For students struggling with their mental health, Kim hopes they will reach out to her and The Tipping Point.

“I have been reached out to by hundreds of students at this point going through all sorts of spectrums of mental health including anxiety attacks, trauma, suicide, and depression,” said Kim. “I make sure to respond and actually make personal relationships with each person.”

She hopes that The Tipping Point will create a difference in the lives of those who feel trapped and ashamed of what they are going through.

“We are growing into a community who genuinely cares. We are here and we hope that students can take that initial step to reach out their hands towards us so we can reach back.”