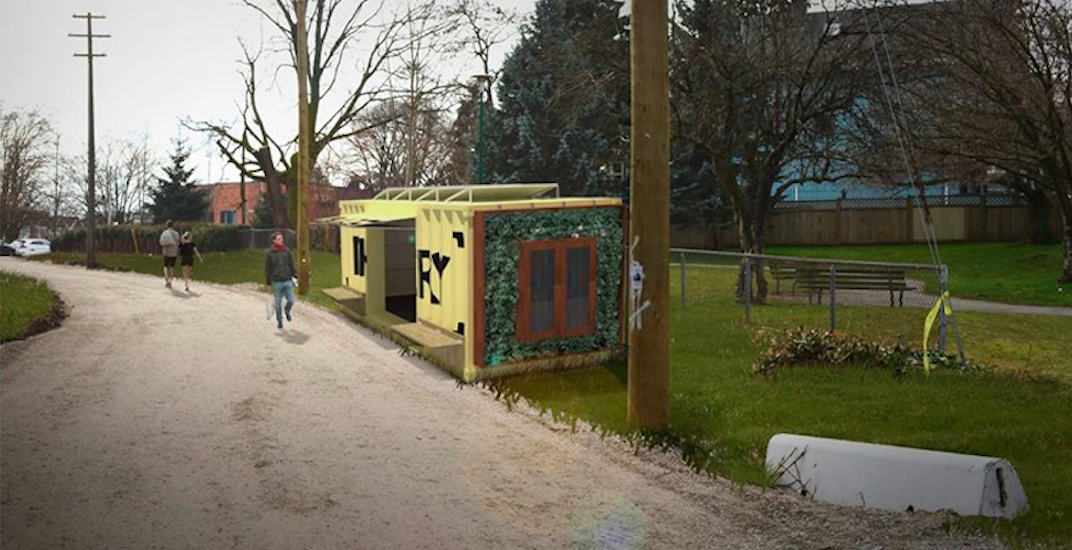 What began as one-man project, soon grew into a series of pop-ups, and now, starting this fall, three permanent Thingery sites are coming to Vancouver.

The Thingery started out as a project of Vancouver Tool Library co-founder Chris Diplock.

According to the Thingery website, Diplock launched the Thingery with an awareness that “communities around the world were interested in sharing more with one another and wanted to see community owned lending libraries grow.”

With support from Vancity, the project first came to fruition last fall with a series of pop-ups, which were an immediate hit with the community.

The three permanent sites coming this fall build on that popularity.

What exactly is a Thingery?

On its website, a Thingery is described as “a community owned lending library of things in a modified shipping container.”

The containers are self-service, so members can check things in and out at their convenience.

A Thingery’s inventory is community sourced and can hold a wide variety of things – depending on what community members donate to – or collectively purchase for it.

This means items found in a Thingery can be everything from recreation equipment to kids toys, to woodworking tools and even things likeventertainment equipment, or household appliances.

When officially launched this fall, Vancouverites will find a Thingery in three pilot neighbourhoods: Kitsilano, Hastings-Sunrise, and Grandview-Woodland.

And while the project is beginning with these three locations, those interested in having or hosting a Thingery in their own neighbourhood are encouraged to get involved.

“We are currently accepting sign-ups to our waitlist to join Thingery locations,” the project’s website reads. “Once the Thingeries are set up and launched, we’ll be in touch to register you.”

Who knows what you’ll find in the meantime, though?