We made the stop in at Ten Ten Tapas to see Chef Nourdine Majdoubi, who was busy working on crafting new seasonal menus, but graciously took the time to give us some insight into the world of tapas, international food, and good eats. Chef Majdoubi was recently a competitor in the Vancouver Foodster Chefs Signature Dishes Festival, where his dish, Moroccan Lamb with 25 Spices, won second place by diners’ votes.

Can you tell me a bit about yourself?

I’m originally from Morocco and have been cooking since I was a boy. While I was in school, I used to work in hotels with my uncle, who was a chef. I went to cooking school in France, and worked there for a few years before coming to Vancouver for more diplomas and work. Then I went to England to work for 2 years with Gordon Ramsey, and now I’m back here.

Very impressive background! Why the stop in Vancouver from France?

Vancouver is a hub of international cuisine. We have everything here, specifically Asian cuisine. It was a chance to learn about all types of cuisine, and at school here, I took courses in pastry, baking, wine, everything.

How would you describe Ten Ten Tapas to someone who’s never had the chance to stop in?

It’s West Coast cuisine, so basically all flavours and types of cuisine. The atmosphere is casual; not too fine-dining, not too shabby. The view is nice, as is the furniture, décor, and the colours in the restaurant, and so the menu matches that as well.

Do you have any advice for first stop in for tapas diners?

Tapas are basically small plates where you order more than one dish. In Vancouver, some people struggle with the concept of tapas…they order one dish and are disappointed when it turns out smaller than they expected. So I changed the menu so that you can have two or three dishes and it will be enough for a whole meal, instead of traditional Spanish tapas, where you have to order lots of dishes.

What’s something great that you’ve eaten and where?

I love all kinds of cuisine. I love sushi a lot, and Alpha Sushi on Seymour is my favourite place. I love Indian cuisine a lot, too, and the place I always go to is House of Dosas on Kingsway. It’s very casual, but the food is just amazing.

Have you eaten anything really weird?

Weird in a nice way! I’ve tried a lot of food with Asian-style cooking that I’ve never had before, like pig’s ear and pig’s stomach. It was weird but it was so delicious. Something that I’ve tried is a Filipino dish called blood pig. It was the best ever…and just the reaction from when someone hears “blood pig” is funny. People don’t want to try it because of how it looks, but as soon as I tasted it I thought it was really good.

And how is it prepared?

I wish I knew, I would add it to the menu! (laughs)

What’s something that you love to cook with?

That’s like asking me to choose between my children, it’s hard! I love cooking everything…but I like creating things outside of the box, things that no one else has in Vancouver. For example, by making my own spice mixes for fish, or cooking ribs in chocolate or beer.

What’s one of your proudest accomplishments in the kitchen?

To be able to cook all kinds of international food. Although I’m French-trained, I didn’t want to limit myself, and that’s something I’ve been working on since being here. I’m also helping all my chefs get their Red Seal designation.

How did you come up with your dish for the Vancouver Foodster Chefs Signature Dishes Festival?

It comes from my Moroccon background, the lamb. Traditionally we cook the lamb with a lot of spices, served either by itself or with couscous, so I changed the recipe a little bit to suit Canadian tastes. The lamb flavour is not as strong, and it’s served with dried fruits.

What’s a good food memory that you have?

From when I was a kid, it was the fried fish at momma’s house…smelling the fish that my mother made with cilantro and different spices was so good. That’s something I miss, I would definitely go back to Morocco for that.

For memories that I have here in Vancouver, I would say it was as a chef doing banqueting for hotels. During Christmas time, we would cook Christmas food all month, so turkey, duck, goose, stuffing. I would cook that at banquets, then also go out to carve the meat and talk to people. It was a whole month of making good food, being in a good atmosphere, it was like a wedding every day. That’s something I’ll never forget.

If you missed the chance to try Chef Majdoubi’s Signature Dish, it will be on Ten Ten Tapas’ upcoming menu, so make sure you come stop in at Ten Ten Tapas and taste it! 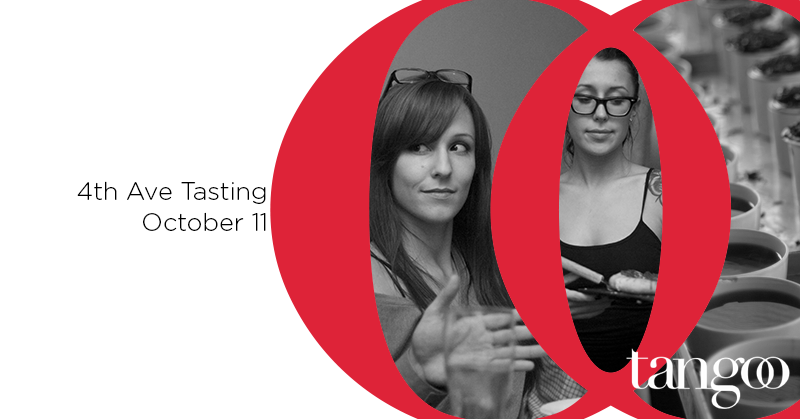