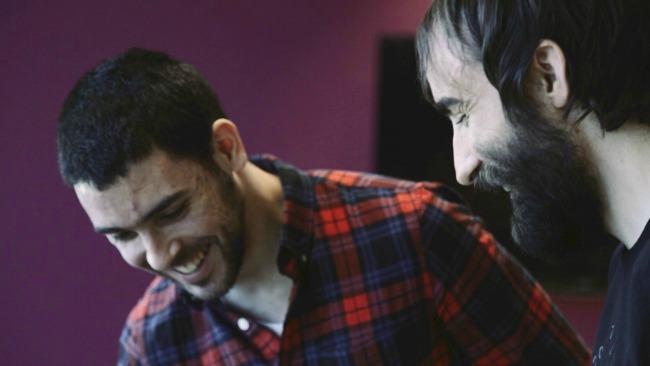 You would have to be a massive fan of the long-running The Simpsons series and a very gifted artist to pull off these works of art depicting television’s favourite animated family and the characters from the town of Springfield.

It is not known which “El Barto” was responsible for making these beautiful and creative murals in Vancouver’s Downtown Eastside (in an alley near Cambie & Pender). These were captured and shared with us by one of B.C.’s best photographers and a long-running Vancity Buzz favourite, Clayton Perry. For more of his stunning photos, follow him on Facebook and visit his Flickr page.

And who knew? It turns out Homer Simpson is a “mega” Vancouver Canucks’ fan! 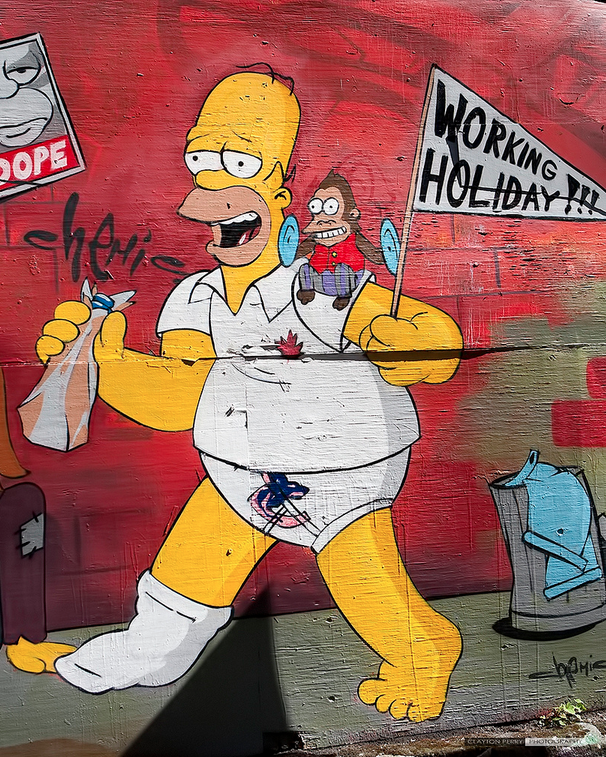 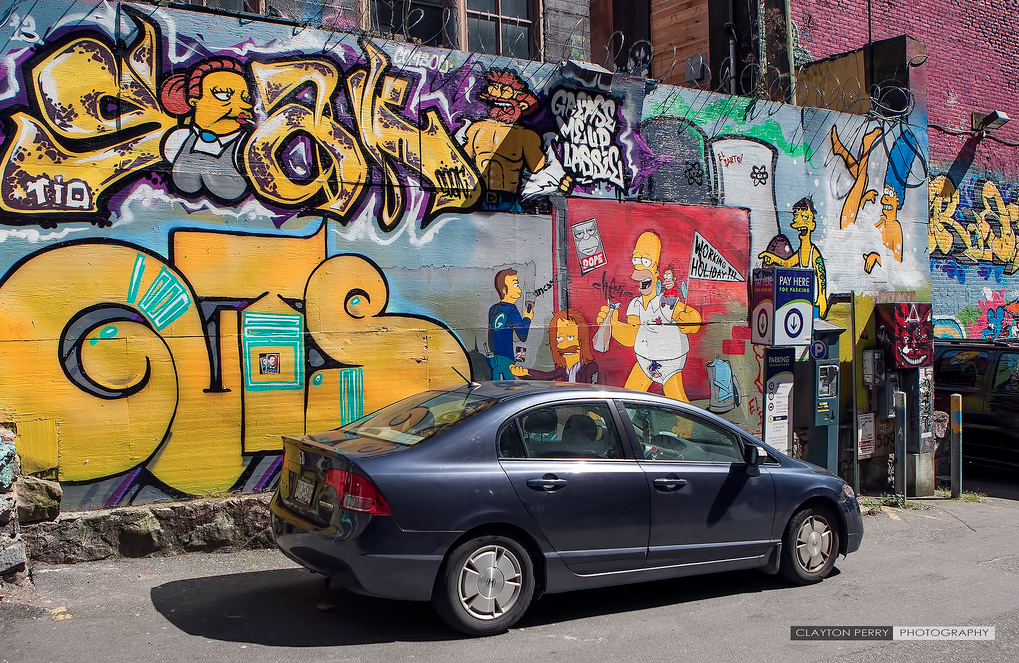 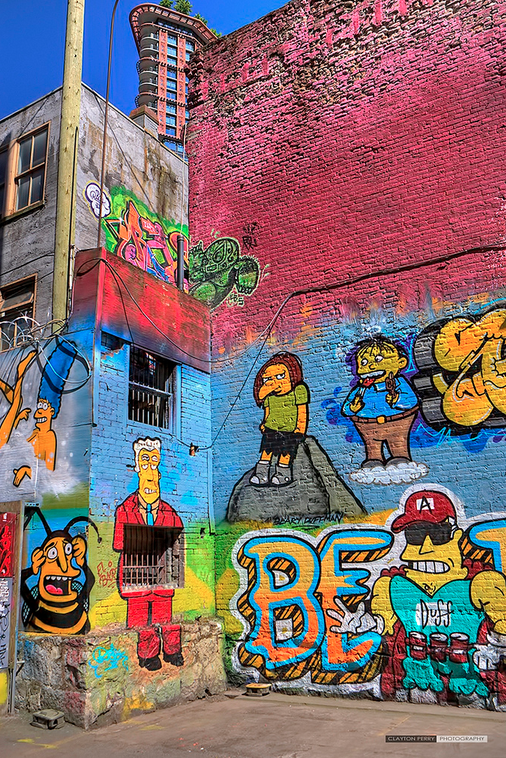 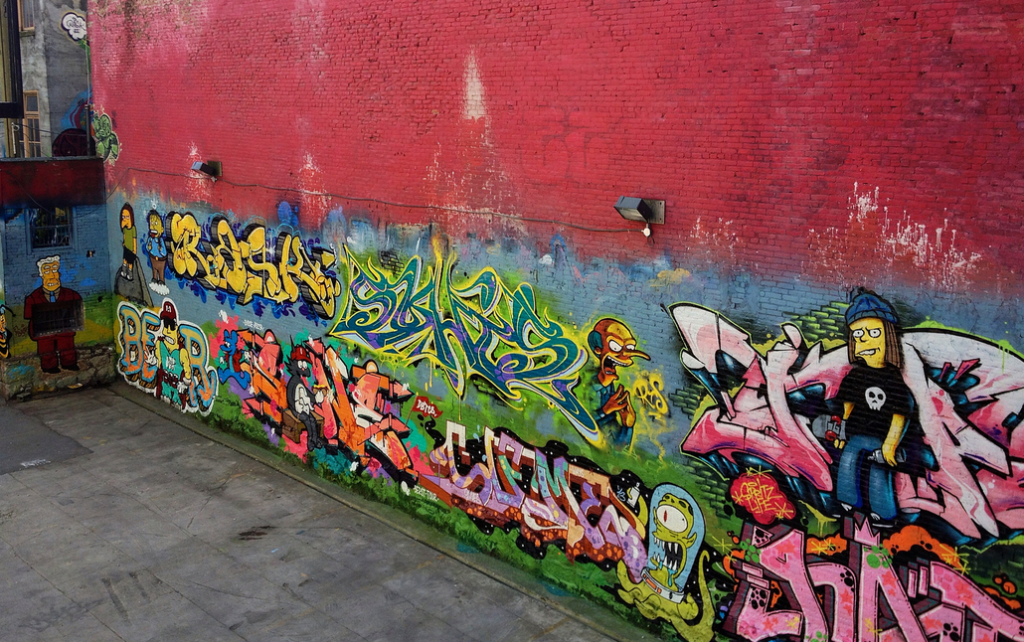 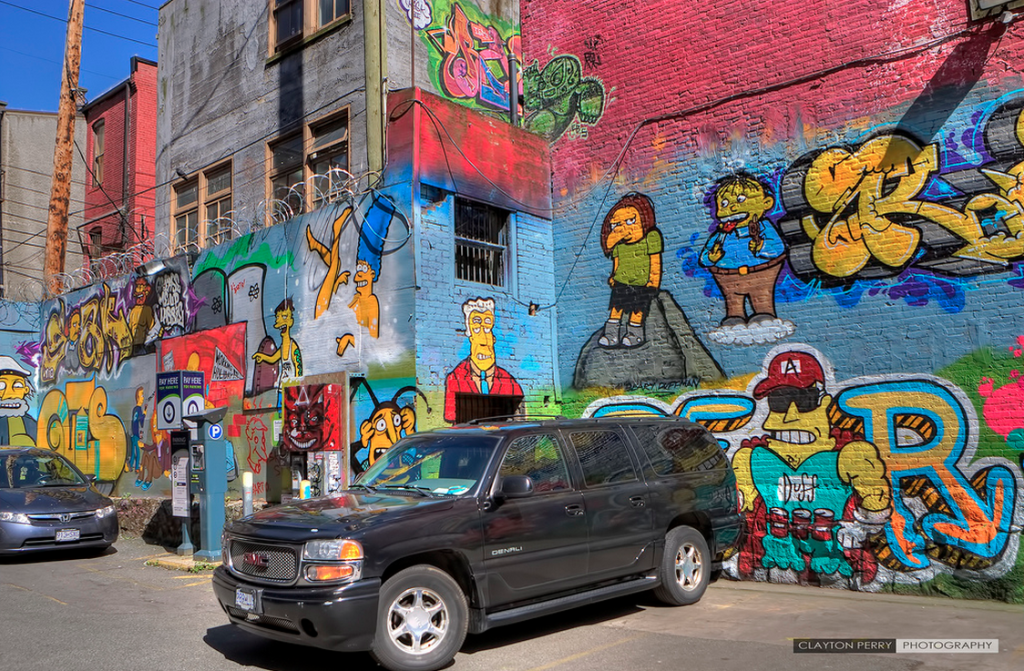 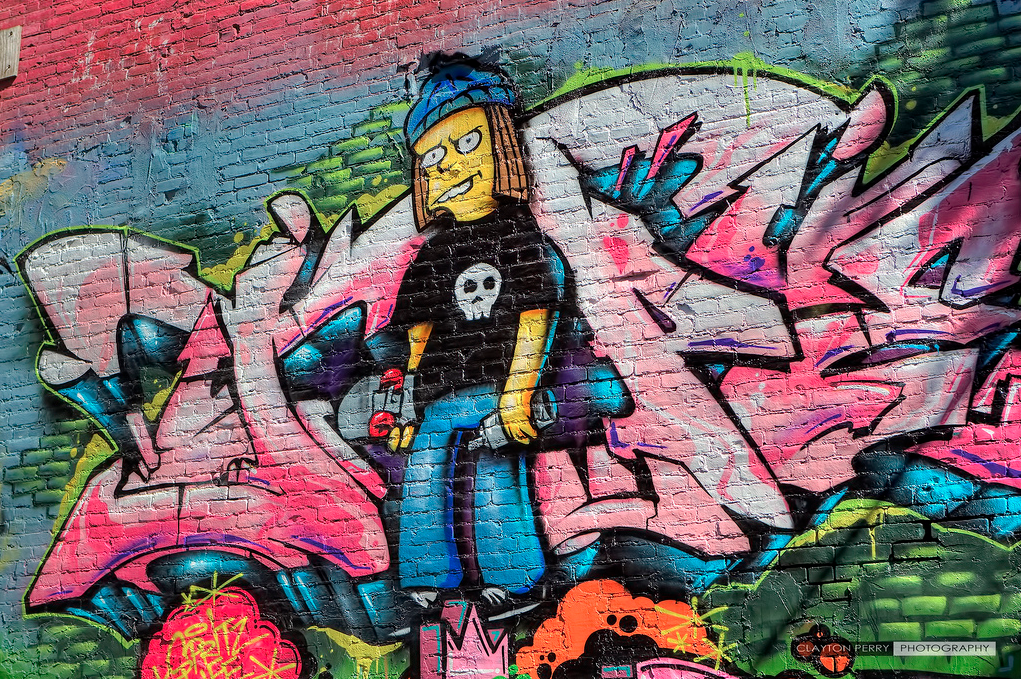 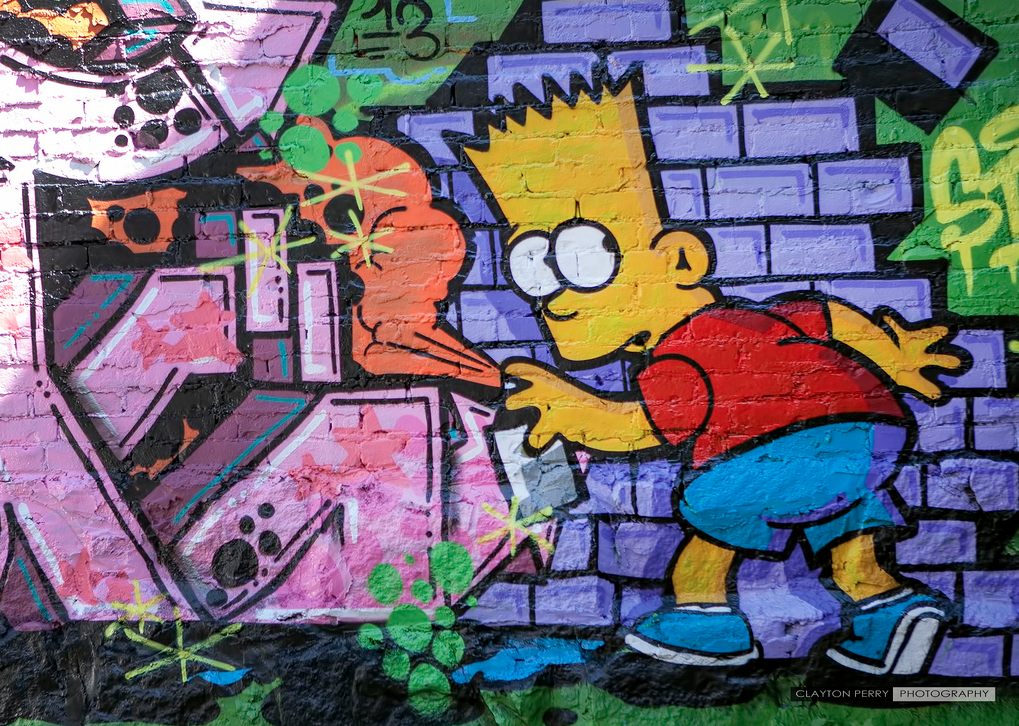 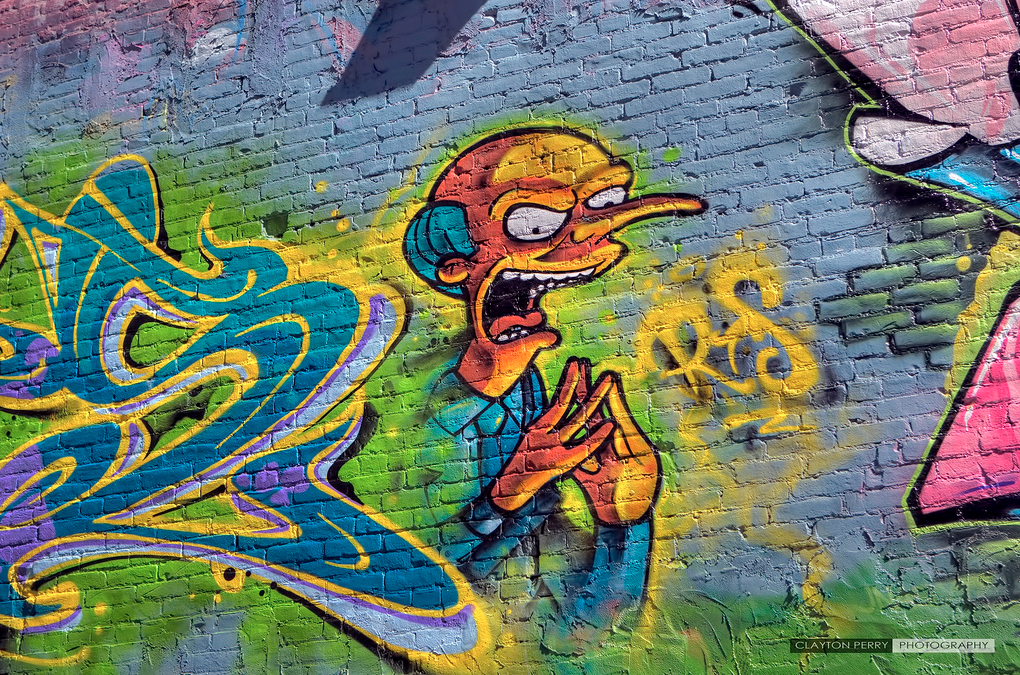 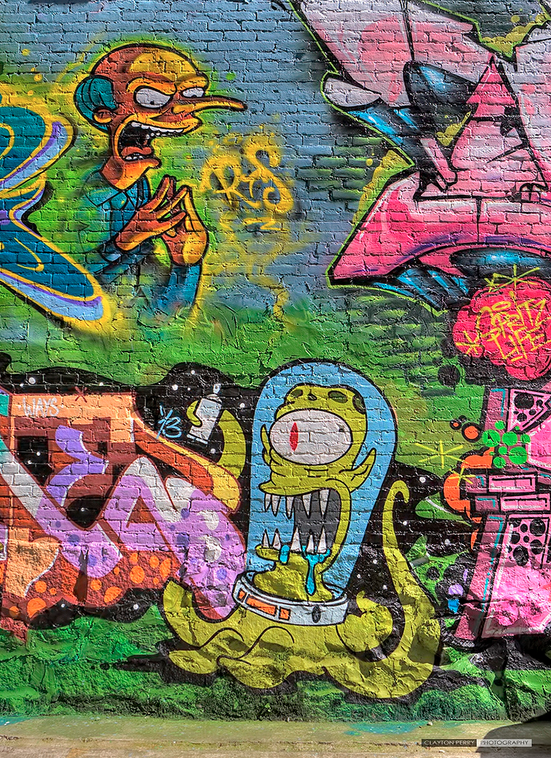 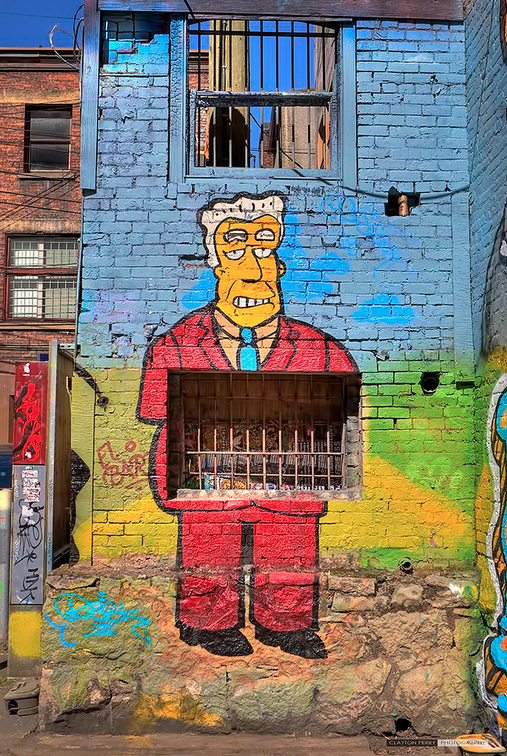