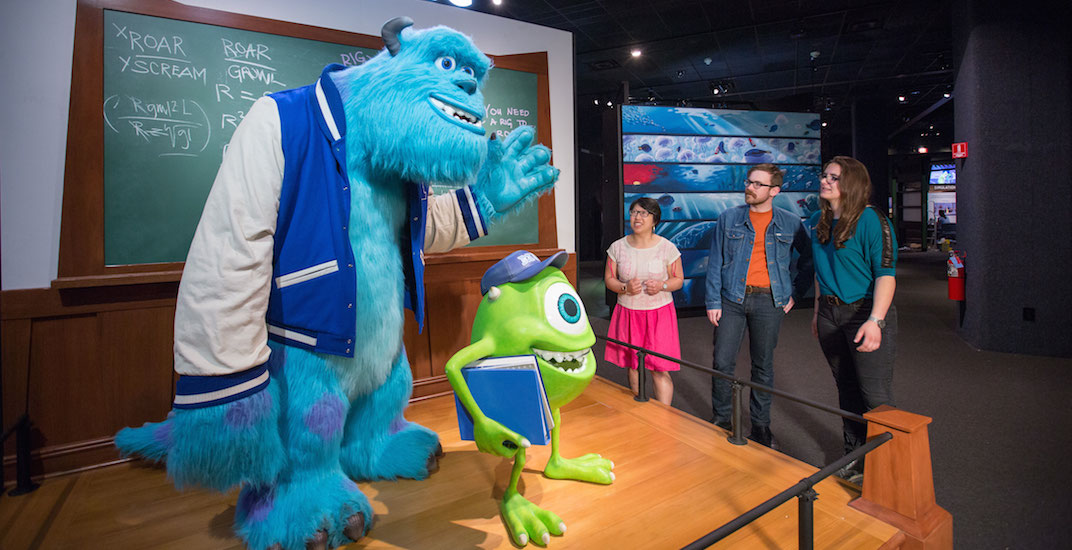 Mike and Sulley from Pixar's 'Monsters, Inc.' at The Science Behind Pixar exhibition. (Pixar Animation Studios / Museum of Science, Boston)

To say the least, a ton of science and technical knowledge are required to execute the artistry, creativity, and storytelling behind a Disney Pixar animated film.

The Science Behind Pixar, featuring over 40 interactive elements, was created by the Museum of Science, Boston and Pixar Animation Studios. The upcoming exhibition in Vancouver will be broken into eight distinct sections, with each focusing on a step of Pixar’s filming making process: modelling, rigging, surfaces, sets and cameras, animation, simulation, lighting, and rendering.

The activities and exhibits are inspired by some of Pixar’s most acclaimed films, including Toy Story, A Bug’s Life, and Finding Nemo, and WALL-E.

Attendees will also have photo opportunities with human-size recreations of famous Pixar characters, such as Buzz Lightyear, Dory, Mike and Sulley, Edna Mode, and WALL-E.

“The Science Behind Pixar is a behind-the-scenes look at how our movies are made,” said Ed Catmull, president of Pixar and Disney Animation Studios, in a statement.

“The interactive exhibition gives people the opportunity to learn about the jobs our filmmakers do every day and tackle similar problems. It’s a great demonstration of how much creativity and imagination is involved in the science, technology, engineering, art and math thinking essential to our filmmaking process.”

The Science Behind Pixar Vancouver 2018