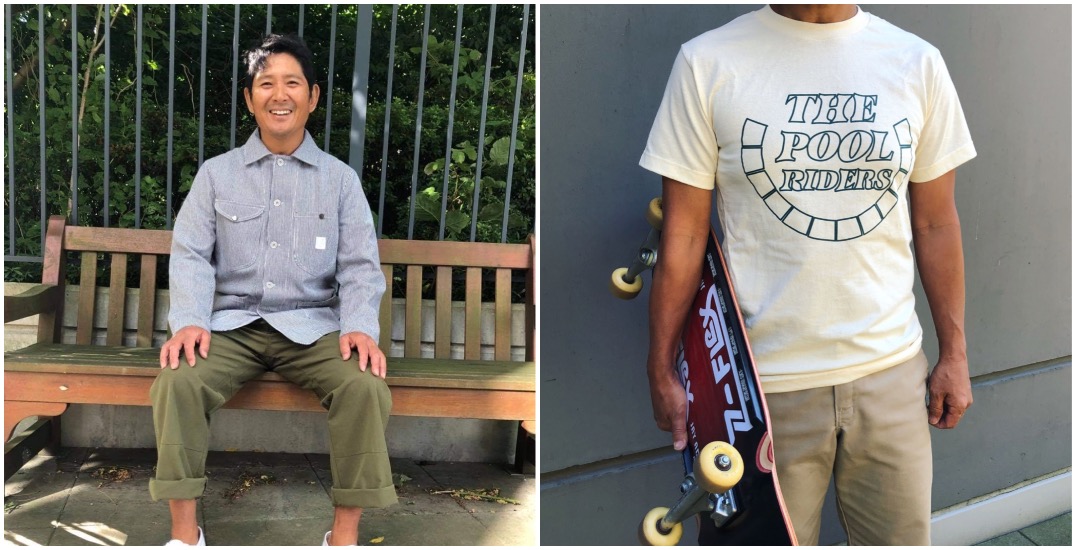 Developing organic relationships with other local boutiques and businesses is why supporting local is so important. Local businesses also support local!

Ted Nakayama started his business doing just that, working with businesses like The Goodlad Clothing and Greyhearts Denim in Kelowna.

He believes in creating high quality wears that are durable and will last more than just one season, ideally allowing the customers to take our clothes out for an adventure and really live through the beauty that Vancouver offers wearing them out.

The Pool Riders is a family-owned business creating all jackets and pants from the heart of Vancouver.

Vancity has been supporting people in our communities since 1946, like local artists. As part of our Made in Vancouver series spotlighting local businesses, we talked to Tadao (Ted) Nakayama about having a family owned clothing business in the heart of Vancouver.

“Because our head designer is Japanese we are very much influenced to blend in Japanese craftsmanship alongside French vintage workwear and military clothing as well,” Nakayama told Daily Hive, explaining where much of the inspiration comes.

All of the products are designed to last, with top-notch products and high quality fabrics all made in Canada.

“My work aims to inspire adventure while maintaining style,” said Nakayama. “Go out there and live life.”

And live life is what this team is all about. The founder and head designer is an award-winning skateboarder who still loves doing it on a weekly basis at over 50 years of age.

The Japanese, fashion, and skateboarding influences are all apparent in the various styles, making something entirely unique but appealing to many.

“I’m inspired by Japanese designers and the fashion industry in general, one who stands out to me is Yamamoto Kansai, but also snowboarders and skateboarders like Burt Lamar and Jay Adams who inspired me to pursue and refine my skate skills,” said Nakayama.

It’s likely this passion and pursuit to hone his skills that Nakayama uses today as an entrepreneur. Every business owner, especially at a local level, has a different story with unique experience and various support systems.

“I came from Japan around 20 years [ago],” said Nakayama. “In Japan, I actually attended design school to become an architect. Those dreams didn’t actualize due to family reasons and I ended up running a restaurant both in Japan and over here. But after I turned 50 I quickly realized that I wanted to use my artistic skills again and that manifested into starting this designer clothing brand.”

Clearly Nakayama has plenty of passion and talent, and it’s so cool to see the accumulation of his experiences to make a popular Vancouver store.

“I’m very lucky to have such a supportive family,” Nakayama continued.

“My wife encouraged me to start this business after seeing how much I wasn’t enjoying running the restaurant anymore and my daughter helps out with the more tech stuff  as well. Now I’m focused on building this local brand and building a presence in other parts of Canada as well,” he added.

Vancouver is a great city to create that much needed presence in the retail space. It’s a big city, the people here love to support local, and we have a thriving art scene, and Nakayama knows it well.

“Styles and trends change around but I always feel that it loops back,” said Nakayama. “The reason why vintage is such an inspiration to me is because fashion is a cycle and the most classic pieces have just such beautiful lines and designs,” he added.

Although many positives come with opening your clothing store in a city like Vancouver, there are still challenges here.

“Particularly with clothing, there are a limited number of men’s boutiques in Vancouver,” said Nakayama. “There are many shops that carry women’s wear but less of men’s and so we’ve needed to pivot to a more unisex style to try to capture a bigger audience,” he added.

Making mainly denim bottoms and jackets, The Pool Riders is a brand that appears relaxed and cool — which makes sense, because so does Ted Nakayama.

“I’m not really sure!” he said. “It’s been a pleasure being able to build my brand and also live in Vancouver with so many places to get out to,” Nakayama added.