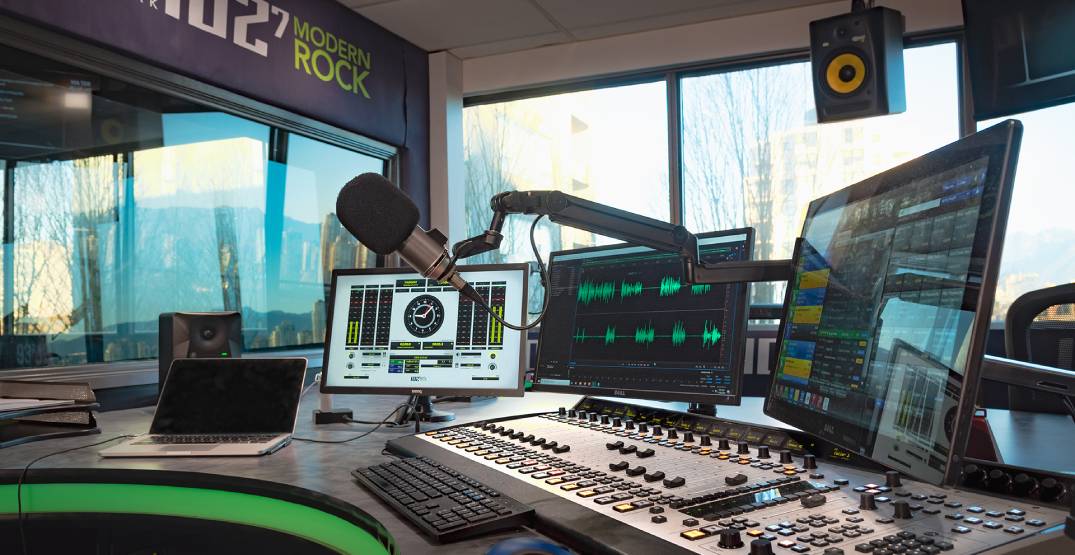 “I remember thinking it was really cool that a radio station in Vancouver was playing Death Cab [for Cutie], MGMT, and Modest Mouse. There’s something [awesome] about an institution in my city playing music I liked.”

Danielle McTaggart of Dear Rouge agrees, telling Daily Hive, “When I first moved to BC in 2010 THE PEAK was the station that mattered in town in the genre [my husband Drew and I] liked.”

Hotel Mira and Dear Rouge are just two of many Vancouver-based bands that are regularly featured on the local radio station that prides itself on playing only alternative music and has recently moved from traditional FM radio to HD2 radio.

The alternative radio station is now available on HD-enabled car radios at 102.7 HD2 and on all streaming platforms.

“Your favourite alternative tracks will sound bigger, better, and as PEAK artists intended them to be heard,” said Russell James, the program director at THE PEAK, in a press release.

“This is a first in Vancouver radio — a stand-alone music station on an HD2 channel. We like to think we’re just breaking new ground in Canadian radio,” he said.

“THE PEAK that everyone knows and loves isn’t going away,” he added, reminding listeners to continue to tune in on their HD-enabled radio, THE PEAK app, or any streaming device.

To mark this new milestone in THE PEAK’s history, we spoke to three local bands about the importance of radio, their earliest memories of listening to THE PEAK, and why musicians and radio stations need to pivot when faced with technological advances like streaming services. 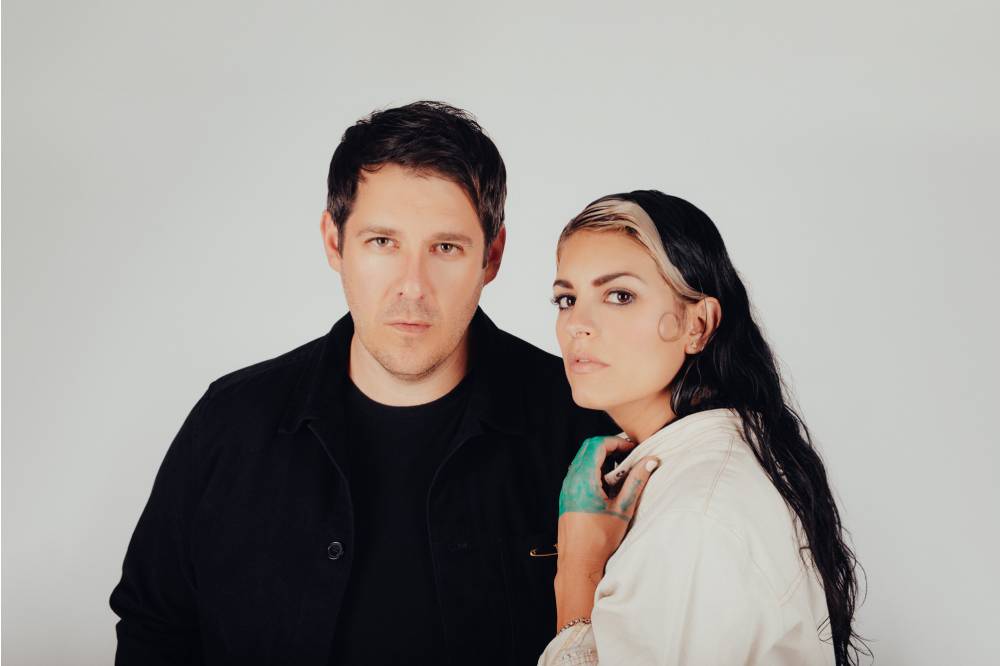 Danielle, who fronts Dear Rouge with her husband Drew says her favourite place to listen to the radio is in the car.

“There’s nothing like the nostalgia of a song you love coming on as you’re driving down the highway or past your favourite spots,” she tells Daily Hive.

The duo’s most-used streaming platform is Spotify but Danielle loves the “personal touch and curated selection” offered by radio.

“In a world where thousands of songs are at your disposal, it’s so nice to be reminded of artists you should check out, and bands you forgot about that you wished you listened to more,” she says.

When she first heard Dear Rouge played on THE PEAK, Danielle felt “incredible.”

“[It was] a dream come true. At the point our music was first being played, I thought my music career was over. Radio helped get our name and music out in a big way. We’re always so grateful,” she says.

As an alternative musician, Danielle believes their music “will always have that grit that pulls it into the alternative landscape” and she appreciates a local radio station that’s dedicated to showcasing local alternative music.

It’s “hugely important” for musicians and radio stations to innovate and adapt to such changes, according to Danielle, who believes “radio will always have an audience because it’s consistent and available.” 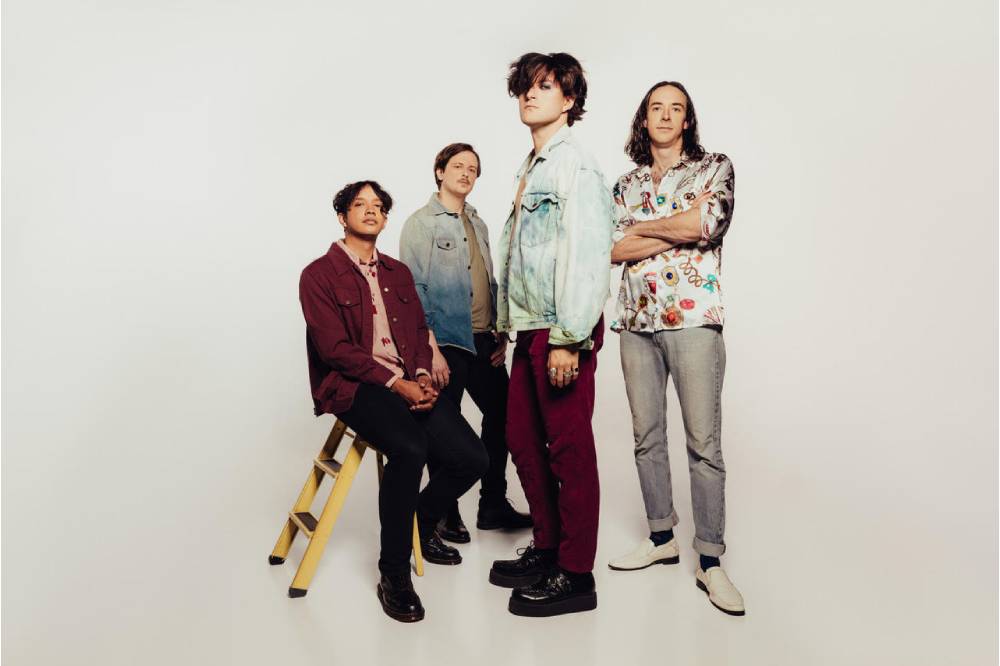 Kerr and his bass player bandmate, Mike Noble, both listen to the radio while driving but, for streaming, Kerr uses LimeWire and Noble prefers Spotify.

Radio brings an added element of cohesion and education that can’t be found on streaming services that are curated to an individual’s tastes and preferences, according to Kerr.

“There’s something very cool about listening to a song and knowing thousands of others are listening to it at the same time,” he tells Daily Hive.

Noble adds, “I am way more likely to discover a song or artist on the radio than I am through other streaming services.”

They both grew up listening to THE PEAK — Noble tuning in daily while working in a retail store in Coquitlam.

Hearing their music played on THE PEAK for the first time was “super surreal” according to Kerr, while Nobel recalls being in a car with his boss and pulling over to film the special moment.

Since streaming has drastically changed the music industry, particularly with the pandemic lockdowns, Noble says, “It’s very important for people to stay up to date with technology or else things will pass by them very quickly.” 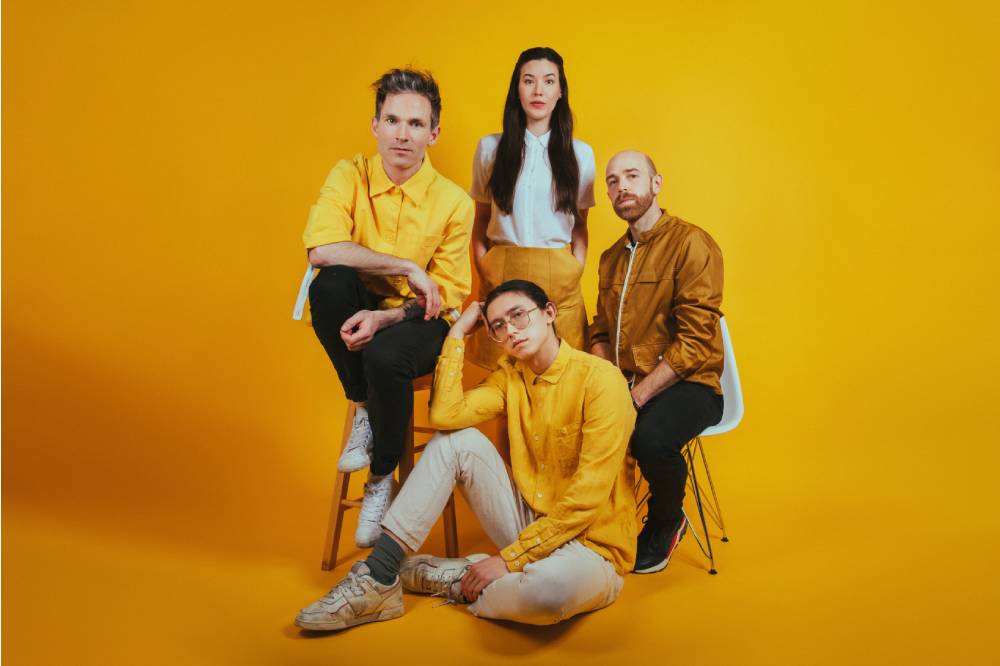 Said The Whale’s Tyler Bancroft similarly listens to the radio while driving, and chooses their iPhone Apple Music app for streaming music.

What sets radio apart is the hosts, according to Bancroft.

“Live on-air hosts engaging with listeners and connecting with their regional audience is extremely important in our increasingly homogenized world,” he tells Daily Hive.

Recalling the first time Bancroft heard Said The Whale being played on THE PEAK, he said, “You know that scene in That Thing You Do! where the song comes on in the appliance shop and all the band members race around town to find each other? [It was] kinda like that.”

His earliest memory of listening to THE PEAK was “one day hearing a commercial radio station start to play music that I was actually interested in — Canadian Indie — alongside international hits.” He says, “It legitimized the scene in my opinion.”

It’s important for bands and radio stations to “make use of new technologies, no matter what they are, and find ways to use that tech to foster new ways of connecting with listeners,” according to Bancroft.

“If certain tech can enable a heightened level of participation and connection between artist and listener, then it’s worth exploring.”

To listen to a range of alternative music from local and global bands, plus indie music features and exclusive experiences — like THE PEAK Lounge where listeners get up close and personal with the artists — check out THE PEAK website where you can access all the streaming options.