The One Project bears the tagline, Inspiration through Interaction, providing an active platform for anyone with stories to be shared with the aim to motivate, express and to show that nobody is alone when it comes to mental health.

I got the privilege to speak to the founder of The One Project, Bryce Evans, who uses art to raise awareness of the importance of anti-bullying and mental health. Erase Bullying is one of the major projects, in partnership with LUSH Cosmetics, and you can view the video they collaborated on here:

The One Project is constantly accepting stories and photos to inspire, motivate and/or express yourself.

The One Project is also on the lookout for an individual who is passionate about mental health and anti-bullying and is skilled in HTML/Web Editing to join the team!

Below is the interview with the founder of The One Project, Bryce Evans:

1. What is the One Project?

The One Project is a community that is using photography to get people talking about difficult topics like depression, suicide and bullying. We are helping people tell their stories, empower themselves and inspire others to do the same. It can be incredibly hard to talk about depression or other struggles with mental health because of the stigma and fear around it. Photography allows a way to ease into the process and start talking about it in a way that is outside of ourselves.

2. What was the inspiration behind the project?

I dealt with depression throughout school and never talked about it. No one would have known from the life I was living and the mask I maintained the whole time. Photography almost became my default for communication and I began to tell my story through portraits of people around me, whether friends or candid strangers on the street. When I made the stories public along with the early concept of what is now The One Project, I quickly realized that it had the potential to help others, not just myself. Photography saved my life and I want to allow others to have that same opportunity.

3. What are the major projects that the One Project has been a part of so far?

This year has been busy. We had our debut exhibition at the Museum of Contemporary Art in Calgary as part of the Sled Island Music Festival in June. We conducted video interviews and it was a great response, but unfortunately it was cancelled after the opening night due to the flooding that occurred in Calgary.

In September, we partnered with LUSH Cosmetics to launch our Erase Bullying Campaign across North America for two weeks during back-to-school. The response was overwhelmingly positive and we have had interest from parents, teachers and schools in Canada and the U.S. to continue the campaign with posters, presentations and other resources — which was our plan from the beginning. We are truly amazed at the impact this campaign has had already.

Most recently, we have been invited to exhibit and present The One Project at Perugia Social Photo Fest (PSPF) in Italy this November. Our exhibition of 10 photos will be representing Canada in the festival and I will be presenting for 20 minutes in the conference. In its second year, PSPF is the first of its kind to bring together the top international minds working in social and therapeutic photography. We are honoured to have this opportunity come shortly after our debut exhibition in Calgary this year.

4. What are the future plans for the One Project

The Project has recently been opened up for submissions, so we are excited to see what comes in from all around the world, especially Vancouver as it is such a photography hub. We have plans for an interactive art exhibition that focuses on the original Erase Bullying concept, but it is now postponed due to our exhibition in Italy. A documentary film, a book, and workshops are all on the horizon for us, but our biggest hurdle at the moment is resources and sustainability. We are working to build strategic partnerships and evolve The One Project into a sustainable community that will be able to continue to have an enormous positive impact on the world indefinitely.

5. Anything extra that you would like to inform the public about?

We have been building a solid team of people who are passionate about making a difference in the world of mental health, bullying and people’s lives in general. Everyone dedicates their time and talents towards this community and I am so grateful to each and every person who has helped in some way. We are always looking for passionate people who are willing to help, so if you like what you see and you’re interested — drop us a line: [email protected] 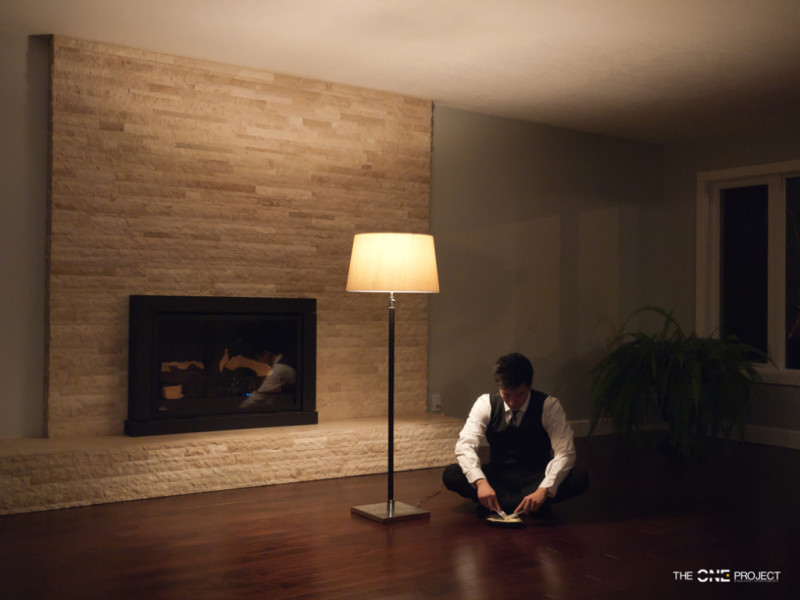 Follow the One Project on their social media platforms: