Vancouver gets to enjoy a few more days of holiday cheer, thanks to Alberta Ballet’s current touring show. Presented by Ballet BC, The Nutcracker is a long-standing tradition that instantly brings to mind one very famous soundtrack. The other half resides in the sheer spectacle of dancers, costumes and elaborate sets that make up the two act ballet.

The Nutcracker is set in turn of the 20th century Imperial Russia, an era of opulent grandeur. This production … extravagantly displays more than a million dollars in stunning sets and costumes. With scores of children, mice in the battle scene dressed as Cossack soldiers, and snowflakes dressed as Russian princesses…

I first had the opportunity to see Alberta Ballet the last time they were in town, paying homage to McLachlan in Fumbling Towards Ecstasy. What excites me about The Nutcracker is seeing the amount of depth in the company’s talent. Seasoned dancers take on the most challenging and flamboyant pieces with easy competency. In contrast, younger dancers bring a simple naivety and youthful energy that truly fits in this production.

The Nutcracker won’t be the most original show you see this year, but it’ll do as an end of the year nightcap. Sometimes, it’s nice to revisit childhood memories in a dancy winter wonderland. And the mice costumes are unbelievable. 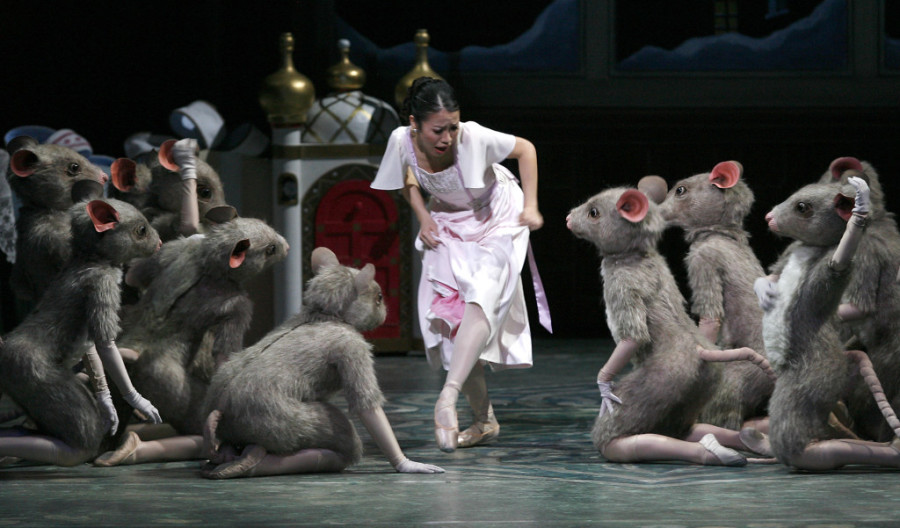