Last week, we found arguably the most accurate map of Vancouver. While most people dismissed it as a joke, as most over simplifications are, others took the map a little too seriously. These people are obviously not fans of Chris Rock’s brand of comedy. As a born and raised Vancouverite, having lived in East Van, South Van and now currently settled in downtown, I found the map hilarious and true, with some omissions of course.

This week, the suburbs have their own map. Yes, we did not forget about you. The maps below have been enlarged for your viewing pleasure. They’re pretty funny, just look past the few spelling mistakes. 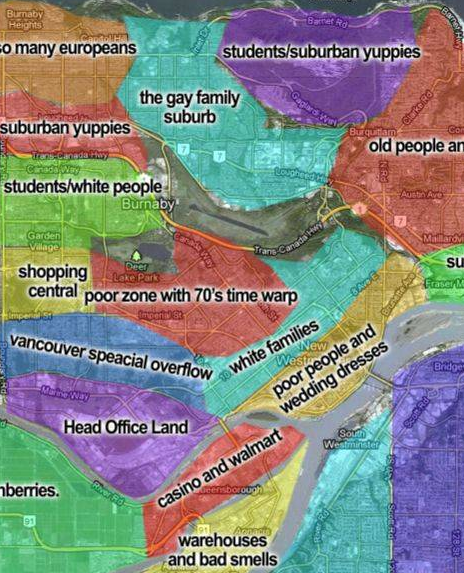 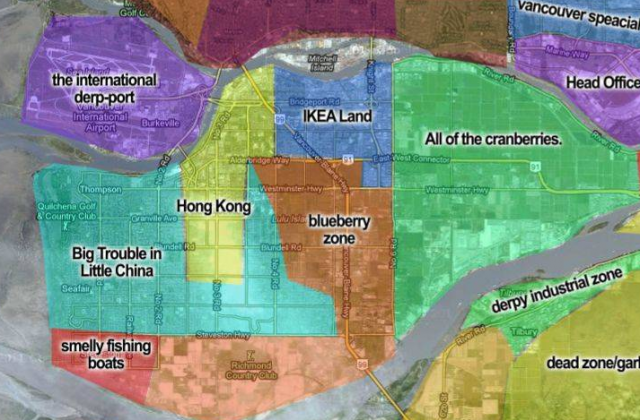 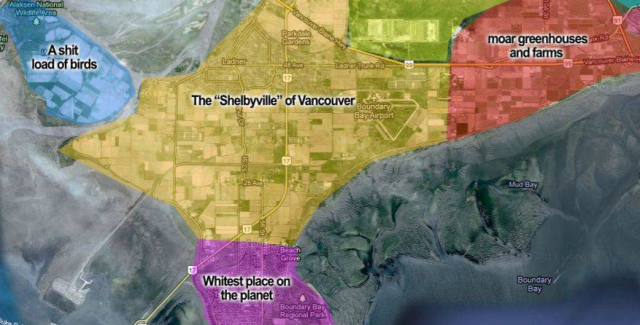 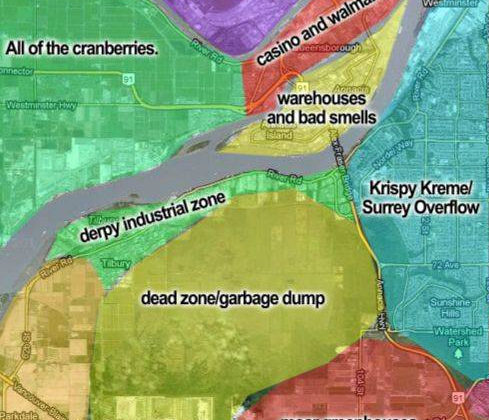 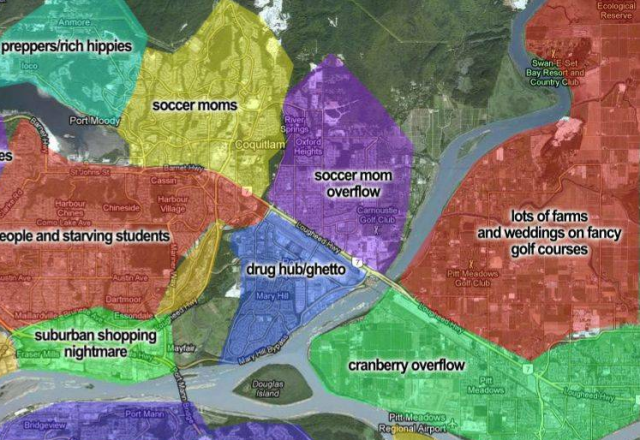 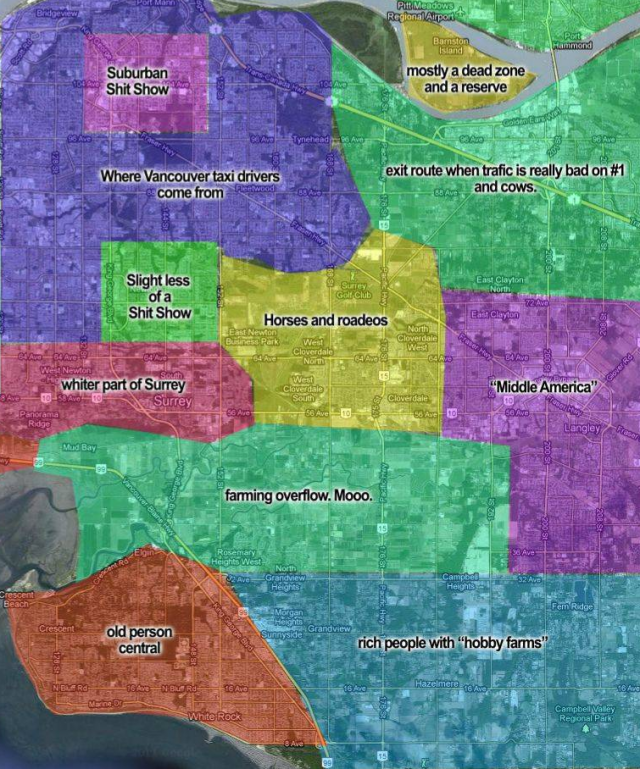